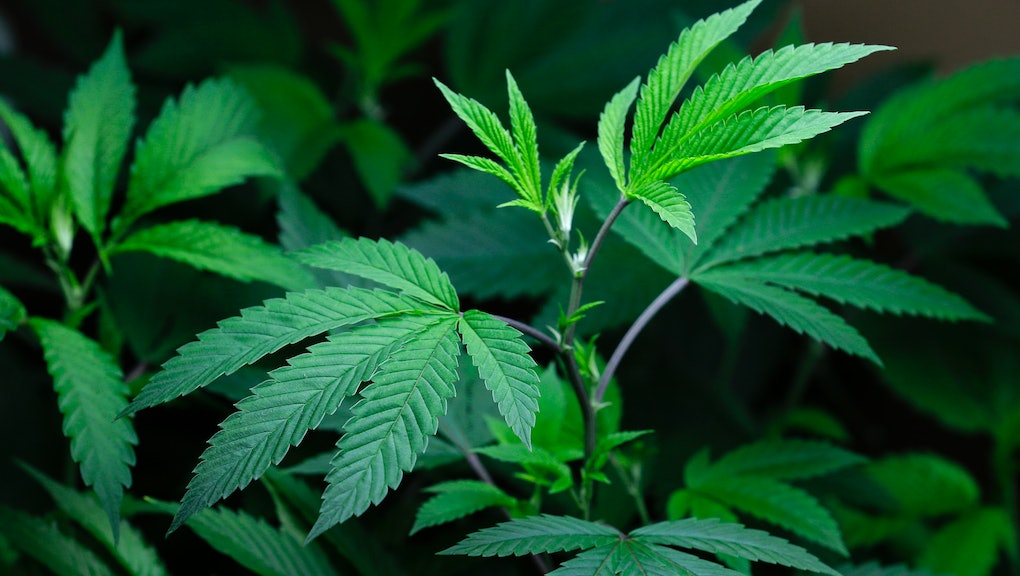 With Netflix making a conscious effort to up its documentary options, it's a fine time to comb through its vast and varied library to see what's already available with respect to nonfiction films about some of today's most pressing problems. Amid works exploring gay rights, women's sexual and reproductive health, and international child welfare, there is a small but strong assortment of documentaries on the wide range of issues surrounding drugs of both the legal and illegal variety.

An antidote to the one-sided cautionary fare we were served in high school health class, the 11 films below help in understanding illicit and prescription drugs as substances that are both helpful and harmful, in ways you might not expect. With legalization and decriminalization bound to play a recurring and divisive role in upcoming elections, it's helpful to know what's what. While by no means a comprehensive voter's education, this modest selection isn't a bad place to start.

If you thought America's longest war is the one still creeping along in Afghanistan, think again. The Afghan war will have lasted for 15 years by the time it ends, but the war on drugs is already 40 and not without extreme casualties: $1 trillion in government spending, 45 million arrests and the incarceration of 2.3 million men and women. Filmmaker Eugene Jarecki brings these statistics to life through a mix of interviews, street footage and prison footage that won him a Grand Jury Prize at the Sundance Film Festival in 2012. The takeaway: Rather than a problem to be fixed by law enforcement, drug abuse must be reframed as a matter of public health. Watch it, because, as the Boston Globe explained, it's your civic duty.

We're all more or less aware of the destructive powers of cocaine, meth, heroin and LSD, but it's easy to forget that drugs of the prescription variety can prove just as perilous. This controversial documentary shines an unforgiving light on the forces — doctors, the Food and Drug Administration, Big Pharma and the media — colluding to keep it that way. Their goal: to ensure that America's vast landscape of medical problems continues to be treated with pills, whether or not they're the most effective course of action.

When Morro Bay, Calif., resident Charles C. Lynch opened a city-sanctioned medical marijuana dispensary in 2006, he was the image of good business practice: He obtained all necessary licenses and permits and was welcomed as a member of the local Chamber of Commerce. Lynching Charlie Lynch explores how the clash between state and federal marijuana laws allowed for this law-abiding citizen who'd never so much as been given a parking ticket to be prosecuted, convicted and jailed for drug trafficking.

In case you can't tell from the title, this documentary serves as a cautionary tale and then some. It exposes, for example, the premature aging meth causes, making use of some harshly unsettling photo comparisons to make the consequences abundantly clear. But in true National Geographic style, it also takes a global perspective, relying heavily on field reporting and firsthand video footage to map the drug's devastating effects on communities worldwide.

This series, also from the National Geographic crew, charts the full supply chain of the illicit drug trade from production, export and sale to consumption. While only two of its five seasons are available on Netflix, they're enough to paint the million-dollar industry as the two-sided coin that it is: a major source of international violence and crime that also provides a livelihood for thousands of impoverished workers across the globe.

"Is a drug going to help them? Maybe if it has a map of the clitoris on the box," Carol Queen of the Good Vibrations Antique Vibrator Museum quips partway through this film, dubbed "as entertaining as it is revelatory" by the New York Times. As human rights documentarian Liz Canner follows the medical companies race to create the first FDA-approved cure for female sexual dysfunction, it becomes increasingly clear that the disease is more a moneymaking tactic than a reality. Like Roy Moynihan of the British Medical Journal says about the pharmaceutical industry, "There's a lot of money to be made telling healthy people they're sick."

It's surely no coincidence that this pro-pot flick was released just in time for the 2010 election, when the Regulate, Control and Tax Cannabis Act (Proposition 19) made its way onto the California ballot. Though the timing didn't have the desired effect and the documentary failed to garner much critical attention, it's well worth a watch for its colorful portrait of Northern California's Emerald Triangle, a region where landmark medical marijuana laws have led cannabis farming to replace logging and fishing as a main source of income.

The coca plant contains the psychoactive alkaloid cocaine, but that's only the beginning of this story. It's also been used for both medicinal and ritual purposes for thousands of years in Andean communities. Furthermore, the ancestral farming of its leaves was the livelihood of 70,000 families at the time this sobering documentary explored the consequences of coca illegalization by the Bolivian government. Director Roberto Lanza is particularly interested in the economic and military pressure the United States used to enforce the coca ban, suggesting that rather than simply wanting to reduce cocaine smuggling across borders, there's a more complex international dynamic at play.

"Patients come first at Harborside" is the motto espoused by Steve DeAngelo. But DeAngelo isn't a doctor and Harborside isn't a medical clinic. DeAngelo is a renowned cannabis activist and the site in question is the nation's largest medical marijuana dispensary. The four-episode series focuses on some of the 95,000 patients the Oakland business serves, portraying Harborside's business struggles in a way that make it seem like any other family-run enterprise. Though critics of Weed Wars have questioned the legitimacy of certain patients' medical needs, it's impossible to ignore how deliberately and effectively the show challenges the lazy stoner stereotype.

Thanks to an overabundance of dead-body closeups, this documentary might make you think you're back in high school health class. But these shots aren't so much a scare tactic as a dramatic ploy in what is at times an overdramatic take on the cocaine-trafficking boom in 1970s and '80s Miami. Cocaine Cowboys does manage to introduce an impressive cast of characters on all sides of the issue — smugglers, cops, reporters, importers, coroners and snitches. And it gives an interesting account of the city's transformation from drowsy retirement destination to teeming cosmopolitan center, a transformation that would have never happened without the economics of the drug trade.

One way to garner instant attention as a young filmmaker is to capture a 4-year-old giddily boasting about smoking grass. Such was the case for Ralph Arlyck, whose 1969 Sean offered a 15-minute portrait of the son of a rather open-minded pair of San Francisco drug addicts. In the Emmy-nominated sequel, Arlyck explores the legacy of the '60s while searching for the little boy who's grown up into a devoted husband and father pursuing a law degree while working full-time as an electrician. Of course, we'd never condone his parents' irresponsible behavior, but the film kind of makes you wonder: If the kid turned out so normal, can it really be all that bad?

This article was originally published on Aug. 20, 2014