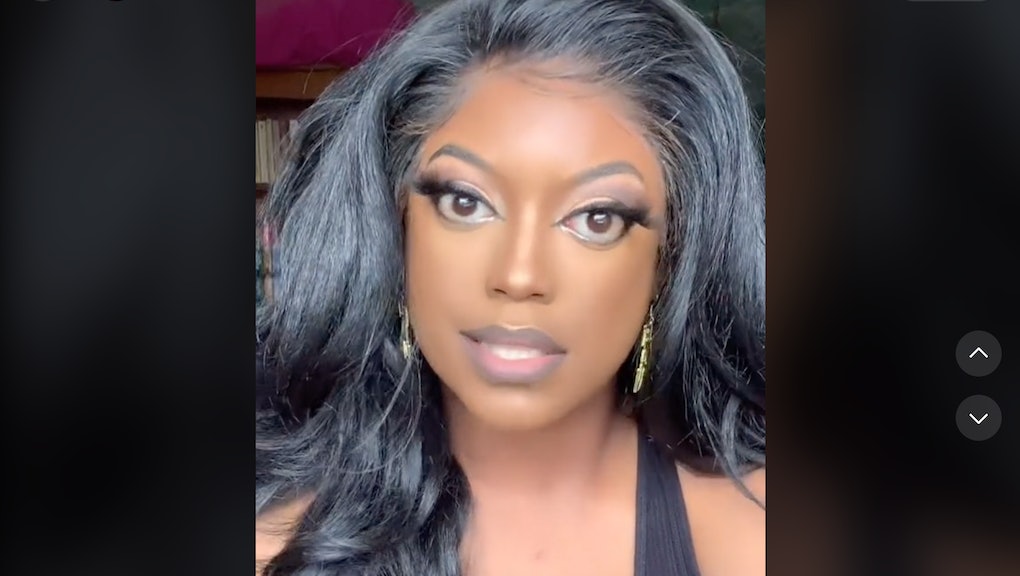 If you've seen a bunch of white people on TikTok waving their hands in the air out of rhythm to Megan Thee Stallion's "Thot Shit," you're not just seeing bad dancing; you're seeing the results of a revolt. Starting with "Thot Shit," Black TikTok creators have begun to stop recording choreographed dance videos that are typically the basis of the viral clips that hypnotize millions into following.

Forming a united front through the hashtag "#blacktiktokstrike," waves of Black TikTok creators are inundating the platform with videos explaining the decision to not provide content on TikTok until the social media platform figures out a way to prevent their work from being co-opted by other users without credit. The seamless and effective coordination belies the fact that there appears to have not been any concerted, organized plan to strike. It only looks like it was because of the universality of the cultural appropriation issue experienced by many Black TikTok creators.

The "#blacktiktokstrike" hashtag already amassed more than 680,000 views, with many of the videos using the audio from user @thevictorystory's November 23rd, 2020 video where she speaks on how Black women should be able to gain popularity without doing anything like other groups of TikTok users. User @kibramusic's video featured the message "undervaluing the work and contributions of Black curators will not be tolerated," while the post's caption displayed disappointment that it took a strike for such a basic truth to be understood. Then, there are users that are reveling in how uninspired and nonsensical the dances of white TikTok creators have become as a result of having no blueprint to copy from the striking Black TikTok creators.

The impact of the strike has been felt so widespread across TikTok because of how integral these seemingly silly dances are to the popularity of a multi-billion dollar company. The trend of social media dance challenges completely overtaking the country and changing nearly every artist's rollout plan over the last two years made TikTok a network of tastemakers that helped it garner the praise of being the fastest-growing social media network of all time.

The TikTok dance craze seemed to have crossed over from Gen Z playground to cultural ubiquity last February, when the NBA planned to have non-Black TikTok influencers Addison Rae Easterling, Charli D’Amelio and Dixie D’Amelio to perform the "Renegade" dance on national television during the NBA Dunk Contest. There was one huge issue: The dance was created by then-14-year-old Black TikTok user Jalaiah Harmon. This was also a full year before Jimmy Fallon made a similar mistake by having Rae on a March 2021 episode of The Tonight Show Starring Jimmy Fallon perform eight TikTok dances without crediting the mostly Black creators who made them, and without any of the rhythm.

Representatives from TikTok and its parent company ByteDance have yet to issue a statement about the recent strike, but they'll need to do more than say sorry to fix the contention when it's not apparent they fully grasp its severity. In January, TikTok created TikTok For Black Creatives, a three-month incubator program meant to empower the next generation of Black creators on TikTok. While the program did expose 100 Black TikTok creators to a keynote speech from Gabrielle Union, workshops on achieving goals, and educational events that connected them to Black entrepreneurs and businesspeople, none of what TikTok seemed to offer included any sort of financial investment into its Black creators.

This lack of financial investment became even more of a glaring mistake when Bloomberg BusinessWeek published a report two months after the incubator's creation, which found Black TikTok influencers were paid less by marketers than white TikTok influencers who appropriated their work and had fewer followers. And this current strike is evidence enough that three months of educational seminars and video chats with celebrities aren't enough to fix an issue rooted in racial divides.

Maybe TikTok could begin allowing Black TikTok creators to register videos of their original dances in a database, similar to a copyright. So, if another TikTok user performs their dance without tagging the originator, the Black TikTok creator can flag their post, direct TikTok to their registered video "copyright," which should prompt TikTok to warn the infringing account to either credit the dancer on screen or risk having their account suspended. With the advent of NFTs setting precedents of digital authentication equating to tangible ownership of digital works, this implementation should be doable and could lead to Black TikTok creators achieving the rightful success once stolen from them.

No matter what TikTok does from there, they've had relative inaction to preventing people from profiting off creativity that is at best unoriginal, and at worst stolen. It's already placed them as another faceless tech giant siphoning Black brilliance until they're too big too fail, and worst, too big to see their forward progress is crushing the very people who gave them that very size.