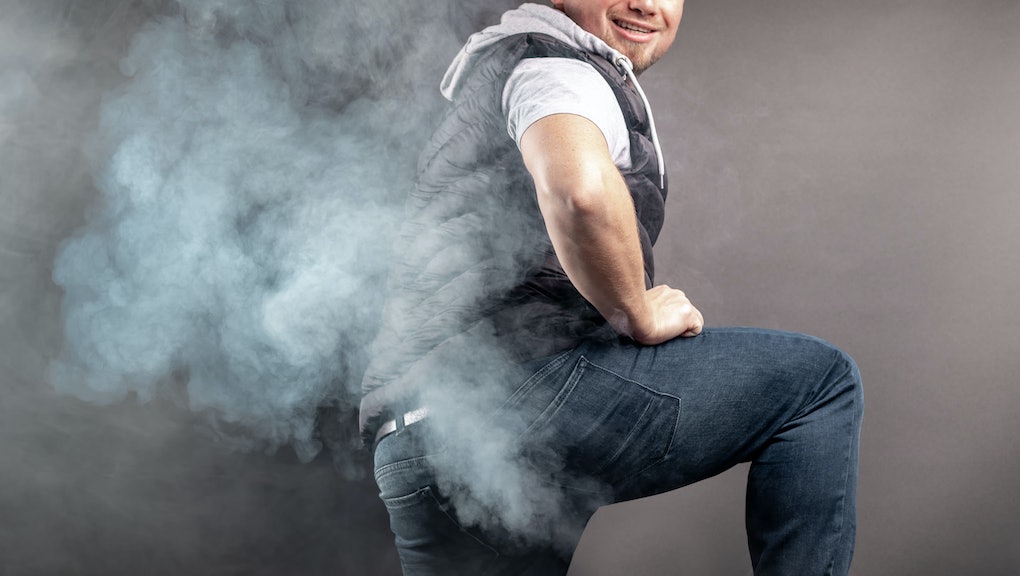 Farting on TikTok is the hot new thing, whether you like it or not

Honestly, I'm surprised it took this long for remixed fart sounds to blow up on TikTok. But here we are, stuck in the house for who knows how much longer, watching people try to keep a straight face while tuneful flatulence squeaks out the melody of Wham’s “Last Christmas.” As dumb as the whole thing is, at least it's refreshingly simple. TikTok users have participated in some truy wild “challenges” in the name of going viral (uh, like eating cereal spooned out of another person’s mouth, for example). From whoopie cushions to Rudy Giuliani’s post-election gas, breaking wind is the oldest joke in the comedy canon.

Here’s exactly what’s going down on TikTok: a couple of, er, soundscapes sampling fart noises and other sounds from meme culture have recently gone viral on the app — "Mario Desert Type Beat 2" (riffing on a song from “New Super Mario Bros.”), added by @prodtroy, and "A Christmas Fart" (a.k.a. the Wham cover), uploaded by @codydamrow. The tracks have inspired parallel challenges: in the more high-concept of the two, people try not to laugh while listening to a gaseous symphony. In the other, people just dance along to the toots. Right.

Sure enough, lots of the comments on these videos are sarcastic, with sentiments like “waiting for my laugh give it a minute” and “wow so funny that i forgot to laugh.” But weirdly, these shit-Toks are also getting millions of views and have wound up in thousands of videos. Evidently, the flatulence hits different when you’re recording yourself trying to ignore it.

Look, I’m not going to spend lots of time ruminating on what makes passing gas funny or why it's suddenly seeping into the timeline. But I will point out that it's at least timely. Although Trump's maybe cutting the cheese while trying to commit election fraud, didn’t get the attention it deserved, Giuliani's breaking wind near-microphone dominated a month of discourse.

I leave you with a more wholesome gas-based TikTok trend, as a metaphorical air freshener for the timeline: the baby fart challenge. Apparently, gassy newborns are fussy newborns, so some resourceful parents shared a trick for working out the bubbles with gentle baby exercises. Hey, if we're going to be subjected to fart sounds on social media, at least make them cute.