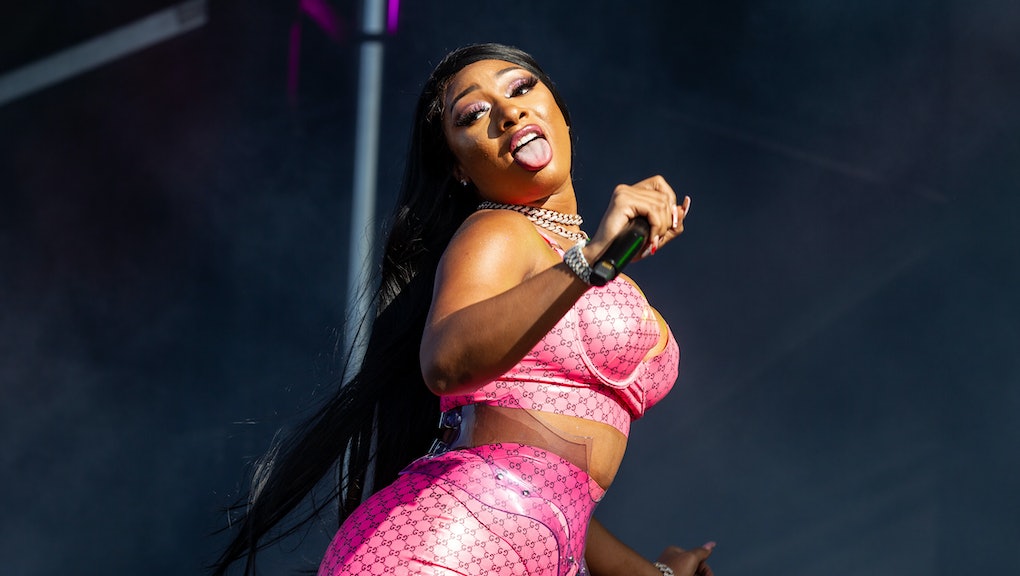 Megan Thee Stallion was officially the queen of TikTok in 2020

TikTok has tons of influence on popular music these days. For example, did you clock how Fleetwood Mac’s “Dreams” became suddenly ubiquitous after that TikTok of the skateboarder went viral? You couldn’t go anywhere without hearing somebody playing it, which catapulted the 1977 song back to the top of the charts in 2020.

Of course, this happens with new artists all the time now, too. Most famously there’s Lil Nas X, who parlayed his TikTok virality into chart-topping commercial success all the way back in 2019 — eons ago in TikTok time. The app has since exploded in popularity and clout since, and the music industry and TikTok alike are keenly aware of how much power the platform wields. With 2020 in the books as its biggest year to date, TikTok released its very first music report, outlining the top artists, songs, and trends that people grooved to on the app throughout quarantine.

Unsurprisingly, the indisputable queen of TikTok in 2020 was Megan Thee Stallion. Several of her singles blew up on the app, including “Savage,” “WAP,” and “Body," propelled by hugely popular dance challenges scored to her music. There are so many awe-inspiring videos of people mastering Megan’s choreography; social media has even become a forum for talented fans to teach the superstar rapper a thing or two. But my favorites are videos of the elderly grooving to her tunes.

“Savage” soundtracked a whopping 30 million TikToks this year, while “WAP” was used in more than 10 million videos. Doja Cat came in second place on the most-heard list, a testament to the fact that nearly every single off her album Hot Pink sparked a TikTok trend. Pop Smoke was third on the list, as fans honored his memory by making four songs from his debut album Shoot For The Stars, Aim For The Moon into viral hits. DaBaby and Roddy Ricch round out the top five.

All those millions of TikToks sampling “Savage” and “Say So” work out to people hearing those songs (or at least 15-seconds of them) billions of times. There were 176 different tracks that surpassed a billion views on the app this year. Drake’s “Toosie Slide” got there the fastest, over just three days. The second-quickest was “WAP,” which hit a billion views in two weeks. Other hit songs like Harry Styles’s “Watermelon Sugar” enjoyed slow but steady climbs that lasted nearly all year.

As @420doggface208 proved with his internet-breaking, early morning skate to “Dreams,” the platform also has the power to revive old songs and turn them into unexpected hits. Aside from Fleetwood Mac, TikTok prompted a Run DMC renaissance when “It’s Tricky” went viral this year. The app also brought back tracks of yesteryear like “Girlfriend” by Avril Lavigne and “Bulletproof” by La Roux.

While some trending tunes are serendipitous, a whole lot of what’s popular on TikTok is orchestrated by its music team, which prides itself on amplifying potential hits and helping turn songs into viral moments. “We operate best when we are both proactive and reactive in marketing both artists and content,” TikTok’s head of music partnerships and content operations, Corey Sheridan, told Rolling Stone. “We will continue to iterate and evolve 'the formula' going into 2021 in so far as what signals we are looking at, and knowing when to react to the community and the trends we see… If we are focused on our community, everyone wins.”