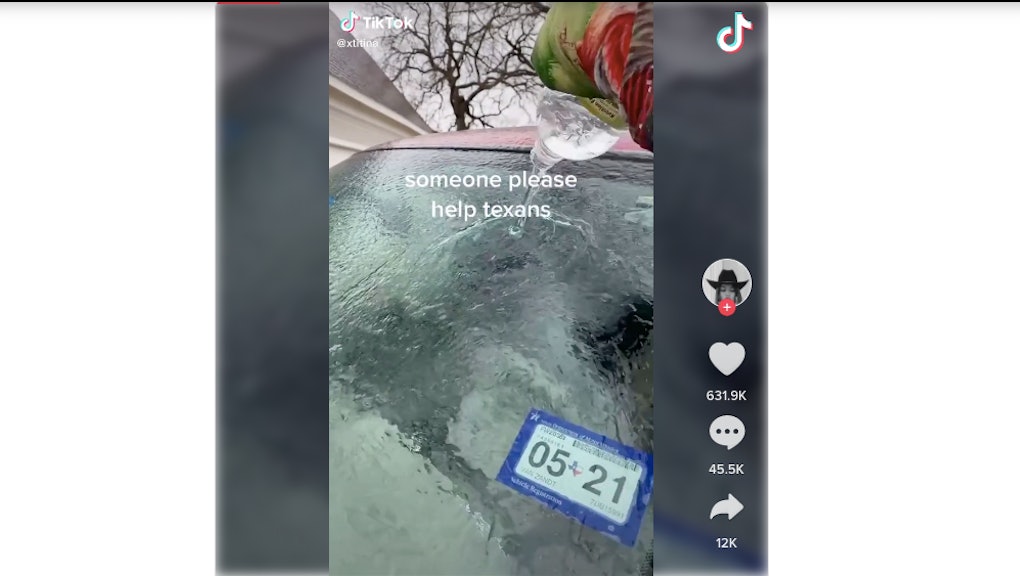 The Texas snowpocalypse TikToks range from horrifying to hilarious to surreal

The situation down in Texas and other warm-weather states across the country is unambiguously horrifying. When you dump sub-zero temperatures, icy roads, and historic snowfall on any state that is completely unprepared for an onslaught of winter weather, it breeds a uniquely dehumanizing set of conditions. As of Tuesday morning, more than 4 million Texas households were without power and thousands without running water. The blackouts will likely continue into the week, as the state gradually moves to repair the busted lines.

Like any other climate catastrophe that delivers unprecedented conditions to a region, TikTok becomes an essential resource for capturing the horrors and weirdness of it all. Last week, I’d glimpsed photos of a disturbing 133-car pile-up in Texas that left six dead, after freezing rain coated the highway. Full warning before watching the video below — there’s a median blocking much of the damage, but this viral video from the other lane is a terrifying look at the accident:

Most dispatches from snow TikTok don’t carry such a dire tone. Ice is slippery, and often dangerous, but can also be a breeding ground for harmless America’s Funniest Home Videos-grade wipeout videos. Here’s a guy in Texas taking a remarkably animated slip-and-slide on his back porch down in Texas:

Another kid in an unspecified location — based on his befuddled reaction to the snow, I’d wager it’s somewhere that doesn’t see too much of the stuff — stomped his foot under the surface. After he pulled it up, the bulky shoe just went sliding down the hill into the abyss.

There’s an imposingly thick sheet of ice on these cars, so cue the jokes about Texans not knowing what to do with snow or icy windshields on this scale. Not that anyone should be scraping it off their cars and taking to the streets in the first place:

Where else, besides TikTok could you capture the strangeness and terrors of a historic storm for much of the country to glimpse from afar? It’s hard to approach the climate crisis voyeurism without sounding a bit like Darren Rovell’s all-time bad tweet (“I feel bad for our country. But this is tremendous content”), so it’s best to leave it in all its contradictions. The luckiest get to post goofy slips and falls, with the grim subtext that so many don’t have the power to watch these on their phone or perform any sort of essential tasks right now.