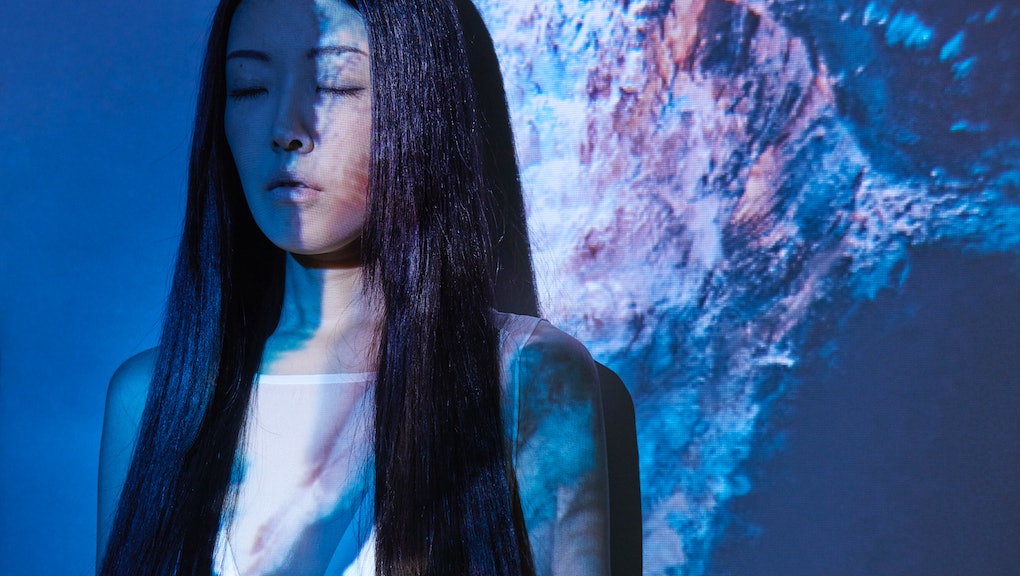 What exactly is lucid dreaming and can I learn to do it?

I almost never remember my dreams, and when I do, it’s usually because I woke up screaming. I had this one recently where the world was on fire but no one could put it out because the President of the United States had turned off the water in the whole country. It was really upsetting, so when a friend told me that there’s a way I could learn to control my dreams, I was stoked. But is lucid dreaming actually real?

“Lucid dreaming is real,” Pascal Wallisch, clinical associate professor of psychology at New York University. “It's not woo.” Wallisch explains that the phenomenon that we call lucid dreaming is not just a type of dream, it’s actually a unique state of consciousness. It’s when you're aware that you're dreaming while still remaining asleep.

If you think about consciousness as something that is either “on” or “off,” then lucid dreaming is somewhere in between. “The binary distinction between being awake and being asleep seems to be too simplistic,” he says. While consciousness itself cannot be adequately measured or quantified, most researchers agree that lucid dreaming is its own thing. “Lucid dreaming has been validated as a distinct state of consciousness with unique physiological characteristics and a specific signature on electroencephalogram [EEG] readings,” says Margaret Seide, a New York City-based psychiatrist.

Wallisch is quick to explain that we don’t know a lot about the physiology of lucid dreaming, but that scientists think that the secret of its uniqueness lies in the frontal lobe. This is the part of the brain scientists call “the control center,” and it is what allows us to consciously respond to our environment. The frontal lobe also helps us do a host of things that seem automatic, like run from danger or smile back at someone smiling at us. In regular REM dream states (the deep sleep phase), the frontal lobe isn’t active. But in lucid dreams, apparently, part of it is.

“Physiological arousal is also observed during lucid dreaming,” Seide says. When people are lucid dreaming, their heart rates and breathing patterns may change similarly to the ways our bodies respond to real experiences that we have when we’re awake. Seide says that the liminal state of consciousness that lucid dreaming implies is nothing short of revolutionary. Plus, let’s be real: A huge appeal of being able to control your dreams in any way is to experience things you can’t or won’t in real life.

Seide describes studies in which participants were able to carry out volitional tasks, like counting or moving their eyes, despite EEG confirmation that they were actually asleep. “This runs counter to our previous understandings of sleep itself and confounds the definition of consciousness,” she says. Wallisch agrees, and says that lucid dreaming may also help us understand what “the point” of dreaming is in the first place. “Lucid dreaming perhaps illustrates the main purpose of dreams. They are simulations without consequences to keep motor circuits well practiced and sort out memories,” he says.

Some people “do” lucid dreaming naturally, but experts agree that it is a skill that can be learned. With practice, Seide says, people can learn to somewhat control the content of their dreams and their responses within them. “The most common way to do this is to get in the habit of asking

yourself regularly while you’re awake, ‘Am I dreaming right now?” and pinching yourself to prove that you are.

Yes, this is literally the moment when the old adage about pinching yourself to make sure you’re awake becomes useful. Who knew?

Wallisch and Seide both explain that lucid dreaming may not happen for everyone, and it might not be achieved right away for those who are anxious to try it. “Like everything else, this is a skill that becomes better with practice,” Wallisch says. Once you get in the habit of pinching yourself when you’re not dreaming, he says, “there is a high chance that one will start — habitually — asking that question during a dream. At that point, the realization will be yes, I'm dreaming, Wallisch explains. Once you have realized that you’re dreaming and you can do whatever you want without fear, Wallisch says, “Then, it's on.”

More like this
Can you learn a new language while you sleep?
By Tracey Anne Duncan
The plant-derived COVID vaccines of the future won't need refrigeration — and that's huge
By Melissa Pandika
This anxiety study is a really passive-aggressive reminder that wealth equals happiness
By Ian Kumamoto
Stay up to date