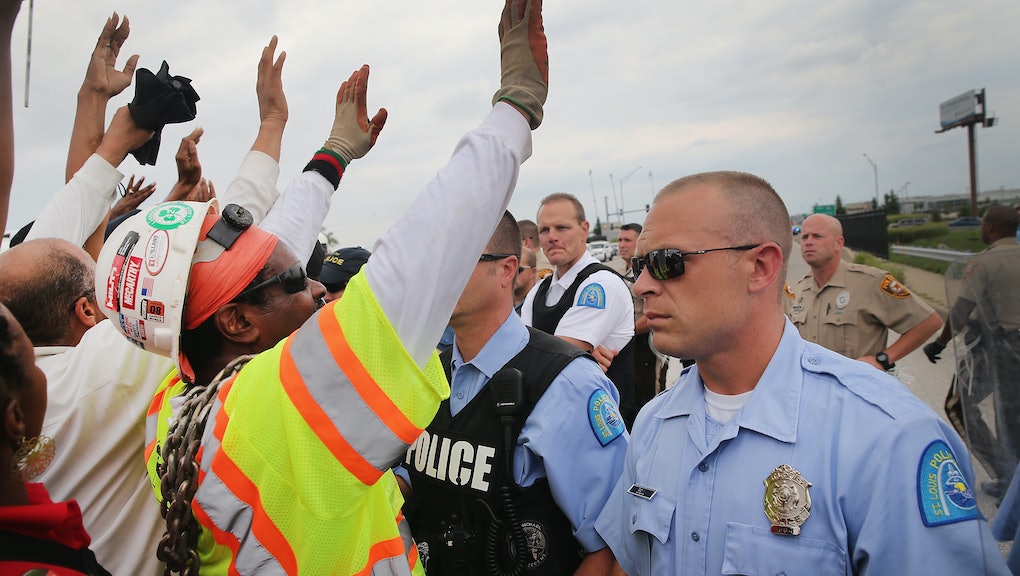 One might think that after the national outcry over the handling of the shooting of Michael Brown at the hands of a police officer, officials in Ferguson, Mo., might have learned some humility. Think again.

The AP reports that city officials are requesting exorbitant fees from news organizations that are requesting documents under Missouri's Sunshine Act concerning the police shooting of Michael Brown and the city's heavy-handed response. The law governs the release of government information to the public and the news media, including internal emails, records, memos and other documents.

Under the law, the city can provide the information free of charge if its contents are determined to be in the public interest. The AP notes, "Open records laws are designed to give the public access to government records at little or no cost." Officials in Ferguson seem to have other ideas about just what the public is entitled to know.

Instead of being transparent about the documents, the city has been charging news outlets outrageous sums of money to access the information. BuzzFeed was told their request for documents related to local elections and traffic citations would cost "unspecified thousands of dollars," according to the AP. The city told the AP itself that it would charge $135 per hour to retrieve "a handful of emails," which would have amounted to $2,000 for 16 hours of work. The salary for an entry-level employee in the city clerk's office is $13.90 per hour. The AP didn't pay for the emails.

The practical effect of these high fees is that cash-strapped newsrooms can hardly afford to pay for access to records which are typically distributed free of charge or at much lower rates. This has a stifling effect on coverage, and prevents relevant information about the police and the city of Ferguson from reaching the public. "Charging exorbitant fees to simply cut and paste is a popular tactic" to discourage pesky questions, one open-government advocate told the AP. It's completely legal, too.

This isn't the first time officials in Ferguson have sought to hide information from the public, either. The police department didn't release the name of Darren Wilson, Michael Brown's killer, until six days after the shooting. The ACLU filed requests in the days after the shooting for records related to the shooting, and received only heavily redacted versions of police reports that censored officers names and other crucial details.

The good news is that blocking news organizations from accessing internal records won't get city officials off the hook. With the Department of Justice now investigating the Ferguson police department, it's only a matter of time until the full picture of the city's response to the Michael Brown shooting emerges.