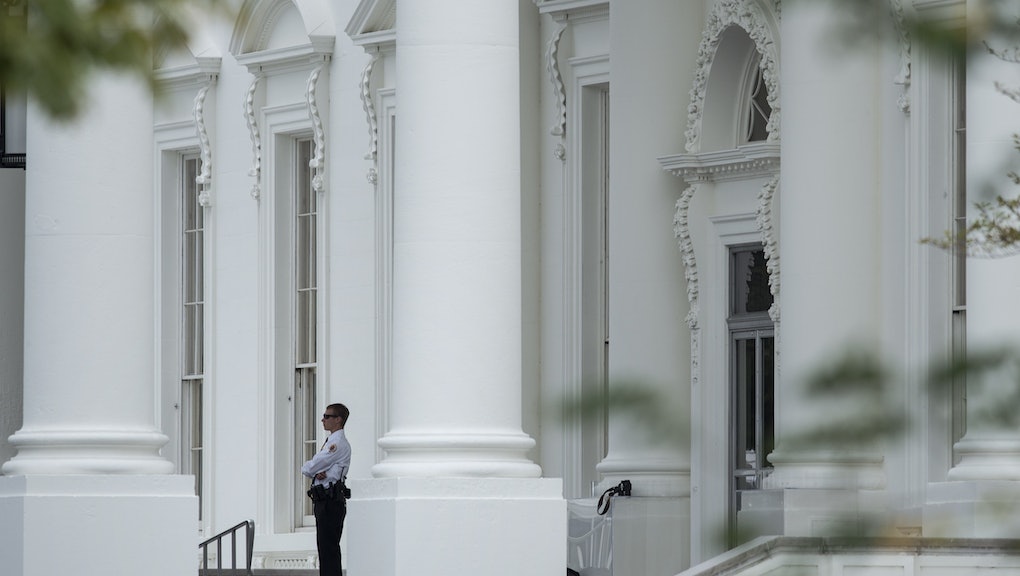 What the hell is the Secret Service doing?

The man who climbed over a fence and burst into the White House earlier this month made it a lot farther than the president's bodyguards initially led us to believe, running far inside the complex. The Secret Service originally said he was tackled just inside the White House entrance.

The Washington Post's Carol Leonnig reports that 42-year-old Omar Gonzalez made it deep into the mansion:

The man who jumped the White House fence this month and sprinted through the front door made it much farther into the building than previously known, overpowering one Secret Service officer and running through much of the main floor, according to three people familiar with the incident.

For a little perspective, here's a map of the first floor of the White House, showing you the general areas where Gonzalez, a decorated army veteran who was carrying a small folding knife, entered the residence and was finally brought down. Keep in mind this is after he sprinted more than 70 yards across the North Lawn:

Secret Service agents not only failed to release the hounds normally used to bring down fencer-jumpers before they come into range of the White House, but the female agent posted at the door was unaware that he was headed in her direction. Alarm panels that would have notified her to the intruder and his location were apparently deactivated at the request of the White House's ushers, who had repeatedly complained that they were malfunctioning and generating unnecessary noise, according to the Washington Post.

During his journey across the lawn, the jumper was also missed by plainclothes officers posted outside the fence and another guard in a security booth. Additionally, a tactical team supposed to be prepared for any intruders who penetrated the building's grounds deployed too slowly to be of any use.

What's more, the Secret Service appears to have lied about the extent of the breach in order to downplay its significance. A press release issued by the agency Sept. 20 does not mention how far the man managed to get into the White House, instead simply saying that he was "physically apprehended after entering the White House North Portico doors." While technically true, this is far from the whole story.

In another recent revelation on White House security, the Washington Post reported over the weekend that a Secret Service commander in 2011 ordered security to stand down after would-be assassin Oscar R. Ortega-Hernandez fired at least seven bullets at the White House. Investigators eventually determined that shots had been fired, but didn't realize that the rounds had hit the White House for four days — in the meantime, they had concluded the gunfire agents overheard was the result of a shootout between gang members in the vicinity.

The president wasn't present during the latest incident, but just barely. He had departed for Camp David on Marine One only moments beforehand. Afterwards, agents discovered 800 rounds of ammunition in Gonzalez's car.

In short, it was pure dumb luck that the guy happened not to be carrying something much more dangerous than a knife. The president deserves better protection.