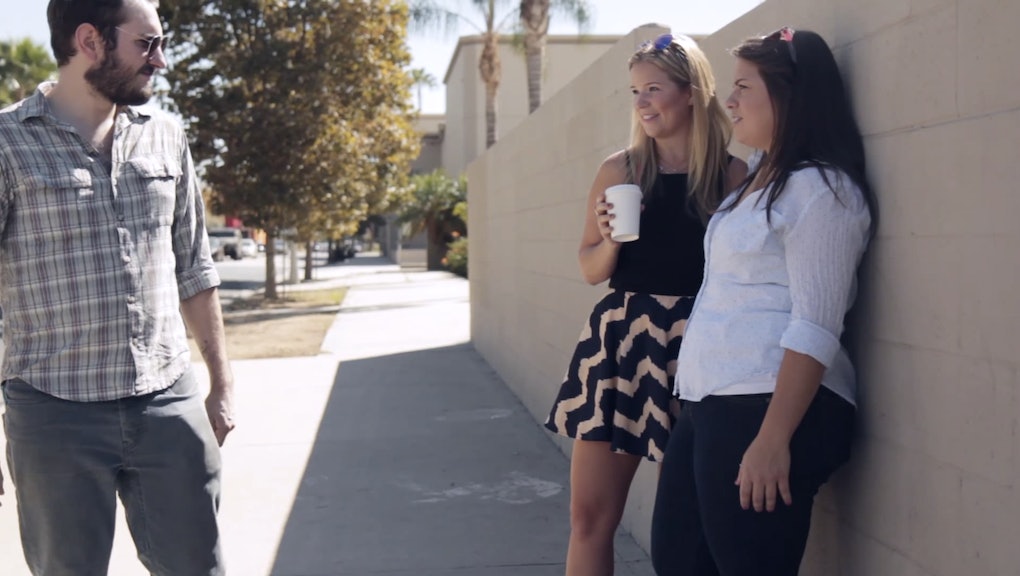 If Women Catcalled Men, Here's How Absurd It Would Sound

The news: Catcalls are something every woman has experienced and is expected to live with. After all, it's just a compliment, right? What's the big deal?

The big deal is that not only is street harassment an invasive and dehumanizing experience for women, but it perpetuates the "boys will be boys" mentality that men can't help but look, and that women should be flattered by the attention. It's a disturbing gender dynamic that has become acceptable social behavior.

And if you need help seeing the absurdity of this practice, all you have to do is flip the tables, as this BuzzFeed parody did:

Yelling out "compliments" at strangers doesn't look so normal there, does it?

This isn't the first time that BuzzFeed has taken on the issue of street harassment. Last month, the website put together a video highlighting the inner thoughts of men who catcall. Let's just say it's pretty sad:

While these videos are over-the-top in the service of making a point, they are no less absurd than the societal expectations women live with every day: The prospect of a woman screaming at a man to get her pregnant might seem far-fetched, but most women hear much more lewd, ridiculous stuff just on the way to work or school. And they're just expected to smile and accept it.

That's more absurd than anything that a parody video can come up with.

And ICYMI: For more on the issue, watch this clip from few weeks ago of The Daily Show's Jessica Williams flawlessly taking down the argument that street harassment is a compliment: