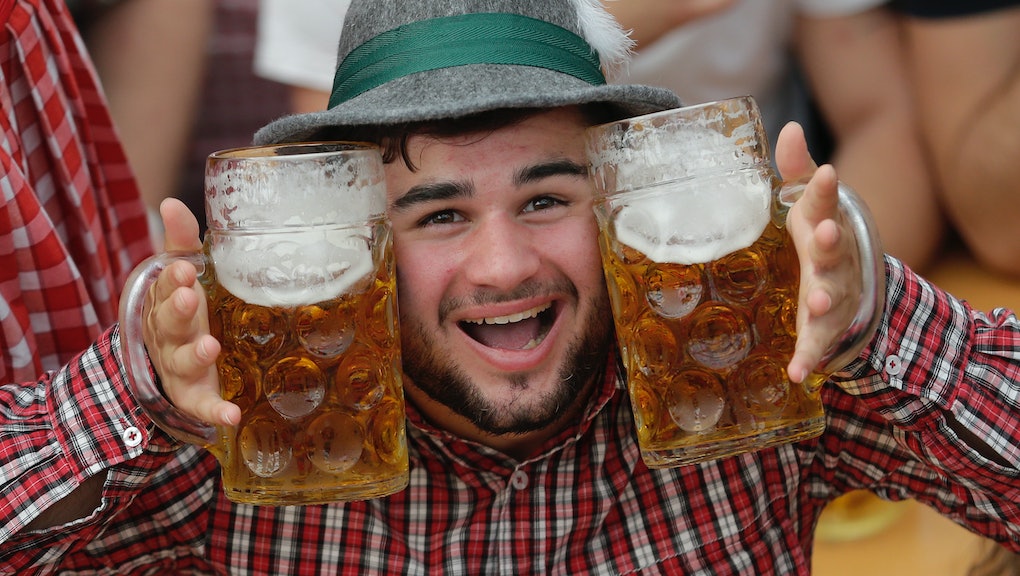 The news: Oktoberfest has started, and we have some good news for beer lovers out there: Drinking beer might make you smarter. The catch? You'd have to essentially drown yourself in beer every day for any noticeable effect.

A new study from Oregon State University has found that a compound called xanthohumol has a big effect on improving the cognitive function of young mice (but not so much on old ones). If you haven't heard of xanthohumol, that's because it's a rarely occurring chemical compound, and hops — the flavoring ingredient that gives beer its bitter taste — are the only known dietary source for it.

Not only has xanthohumol been linked to improving spatial memory and cognitive flexibility, research suggests it might help with cancer, inflammation and cardiovascular problems. And it looks like it's a good idea to start imbibing the stuff early.

"This flavonoid and others may have a function in the optimal ability to form memories," Kathy Magnusson, biomedical researcher and study co-author, said in a news release. "Part of what this study seems to be suggesting is that it's important to begin early in life to gain the full benefits of healthy nutrition."

But not so fast: Before you chug a six-pack to improve your brain, you should note that it would take an insane amount of beer for the xanthohumol to take effect: 2,000 liters, or around 5,636 bottles a day, to be more exact. The researchers relied on supplements to make sure that the mice were getting an appropriate amount of xanthohumol.

And while previous research has suggested beer might help with creativity and problem-solving, it's safe to say that binge drinking is not going to boost your brain in the long run — just look at Homer Simpson as Exhibit A.