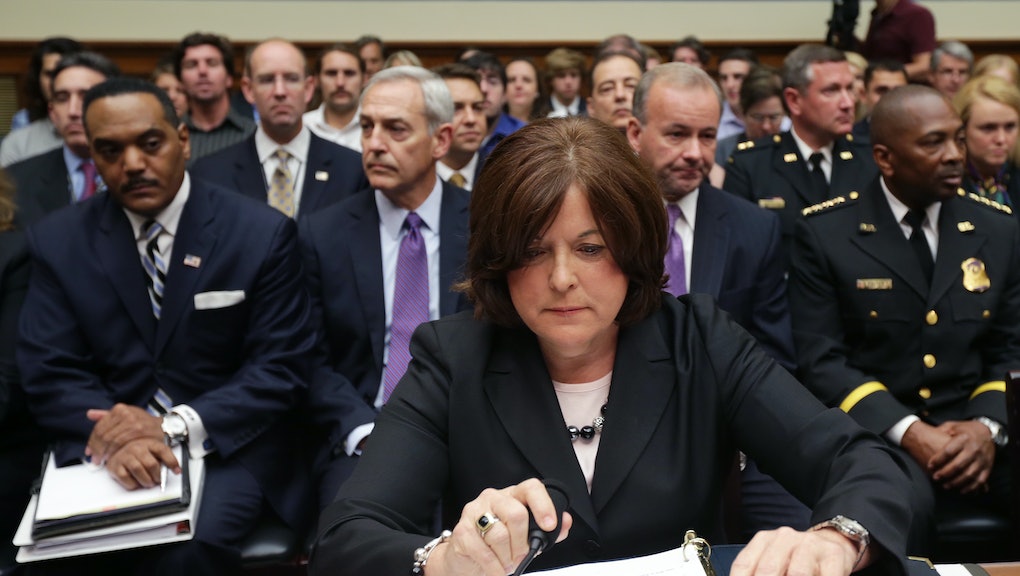 Secret Service Director Julia Pierson appeared on Capitol Hill on Tuesday to face the House Oversight and Government Reform Committee. It did not go well.

"It is clear that our security plan was not executed properly," Pierson said, stating the obvious. "I take full responsibility. What happened is unacceptable, and it will never happen again."

The Secret Service's once-sterling image is in tatters 10 days after an intruder, Omar Gonzalez, jumped the White House fence and made it into the presidential mansion before being apprehended. Members of both parties ripped into Pierson in an impressive display of bipartisan grandstanding.

"An intruder walked into the front door of the White House, and that is unacceptable." Chairman Darrell Issa (R-Calif.) said in his opening statement. "How on Earth did it happen?"

Pierson's testimony came the day after the revelation that Gonzalez, who was carrying a three-inch serrated knife, made it much further into the building than the Secret Service previously disclosed, running all the way into the East Room before being tackled. Gonzalez incredibly made it past five "rings" of security meant to prevent intruders from gaining entry to the White House, including on-the-ground agents and attack dogs (which were not released).

Pierson mentioned that the front door of the White House now locks automatically, which seems like a good start.

Rep. Jason Chaffetz (R-Utah) set the tone of the hearing early with a blistering condemnation of the Secret Service's leadership. He noted that the agency initially praised the responding officers' "tremendous restraint" for not shooting Gonzalez on sight.

"'Tremendous restraint' is not what we're looking for!" Chaffetz said, getting heated. "The message should be 'overwhelming force'!"

"If they have to take action that will be lethal, I will have their back."

Issa tore into Pierson about the exact path taken in the White House once Gonzalez gained entry, as well as a 2011 incident in which seven shots that hit the White House were not discovered for four days.

"We've had two cases in which the reporting is evolving. ...You said you wanted to correct the record," Issa said. Pierson was evasive in her answers about both, and was interrupted several times by Issa, who was clearly not satisfied with her responses.

Rep. Trey Gowdy (R-S.C.) was the most incensed with Pierson, expressing incredulity that evidence of the 2011 shooting was discovered only when White House cleaners discovered debris four days after the event.

"Why not search every inch of the White House, given the small number of resources [needed]?"

Pierson finally relented and admitted that the search was not as comprehensive as it should have been.

Pierson's job is on the line after only a year at the helm of the Secret Service. The White House has expressed "full confidence" in Pierson, but judging by the skepticism she faced on the Hill on Tuesday, it wouldn't be surprising if the administration cut her loose.