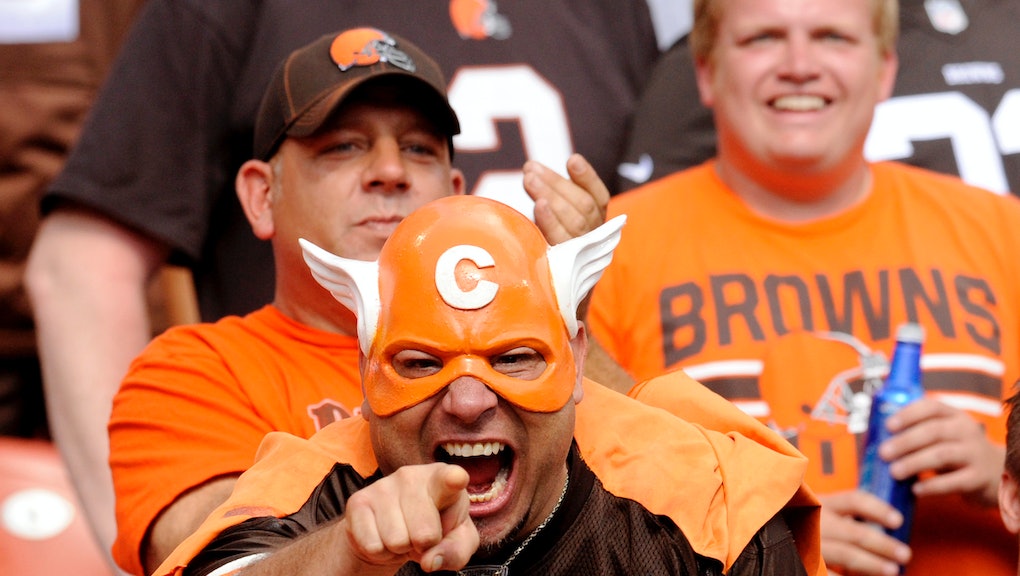 Good News, NFL Fans: The FCC Wants To Make It Easier To Watch Your Favorite Team

The Federal Communications Commission (FCC) has some potential good news for football fans — and the NFL is not happy about it.

The agency voted unanimously to loosen decades-old restrictions on television blackouts for games with low ticket sales, according to the Wall Street Journal. The NFL's blackout rule blocked local broadcasts of games where less than 85% of seats have been sold 72 hours before kickoff. The new policy would allow cable and satellite providers to show games regardless of whether every ticket is sold, preventing the league from "blacking out" games to drive people to buy tickets.

There's a catch, of course — the NFL still has the power to grant or deny permission for local providers to show games as part of their individual contracts. But while it's a chance the change won't bring much of a change at all, the shifting media landscape suggests blackouts are on their way out anyway.

The background: The NFL's strict blackout rule started in 1973, when the league made most of its money off tickets and related gameday sales. If someone could watch the game from the comfort of their home without shelling out any extra cash for cheap swag and overpriced food, the thinking went, why would a fan show up to games at all?

To prevent a dystopian hellscape in which sports fans don't sit in traffic for hours then pay $12 for beer, the league decided that any game with relatively low ticket sales 72 hours prior to kickoff would be blacked out on local TV. The threat of blackouts became a source of shame for bad teams, whose (apparently few) fans couldn't even watch them from home thanks to the policy.

The number of blacked out games has dropped in recent years as teams and television stations work to avoid such a fate, often by buying up any remaining tickets before the 72-hour mark. While 2011 saw 16 blacked out games, last season featured only two.

An outdated model: Gate receipts aren't the biggest revenue driver for the NFL anymore, with massive television contracts taking their place. With attendance less important and TV ratings more important than ever, the blackout rule seems like an anachronism.

The NFL still argued for its blackout policies to the FCC, though, writing that "the sports blackout rule encourages sports leagues to reach deals with broadcast networks" and that the result of allowing cable and satellite providers to work around the policy "likely would be a decrease in the amount of professional sports on broadcast television."

As the New York Times explains, if a cable or satellite company wants to broadcast a local game, it must obtain permission from the local station. Even with the FCC coming down on the blackout rule, those local stations could still say no — potentially due to contracts with the NFL or just for fear of pissing off the league.

In an ideal world for football fans, the NFL would offer some kind of a la carte package where fans could watch any game no matter where they live. If the league's resistance to this FCC change is any indication, though, it might be a long time before we see anything like that.