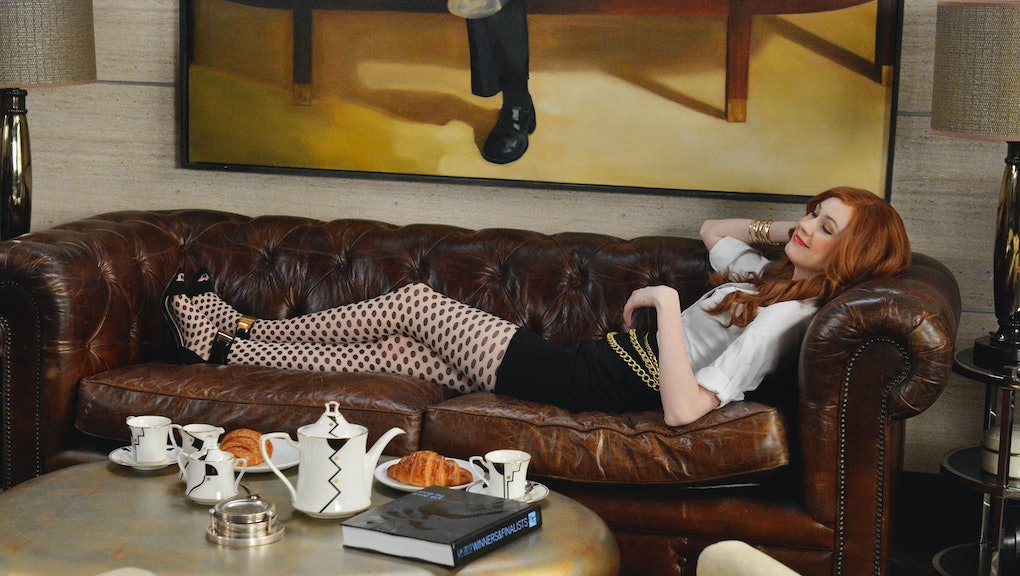 'Selfie' Has, Like, a Really Strong Opinion About 20-Somethings

Like, it's so so hard not to just have a serious knee-jerk reaction to Selfie, ABC's new sitcom that premieres Tuesday night. There are totally moments where you're like, OK, this could be a really awesome show, but then you take a step back and look at your reflection in your camera phone and you're just like I really do not appreciate that this is how the sitcom version of my generation looks. #TheStruggle

Let's begin at the beginning. The show is a modern version of Pygmalion and very obviously wants to do for Pygmalion what Clueless did for Emma. You know, like a totally genius modernization. As if. To be fair it could 100% do that if it just, like, fully committed to its campiness rather than existing in this weird-pseudo space where you're like, "That was a really real honest moment," but wait, "that next moment was a totally not real moment." And then you're all head-spinny and don't know which version of the show to root for. Tally one vote for campiness from us.

Selfie (brutal name BTW) is about Eliza Dooley who is so ridiculously vapid and thinks she's #blessed just because she has a bazillion social media followers and is completely Insta-famous. Of course, she has a mega reality check and realizes that social media friends do not equal real life friends. Duh. She then turns to her colleague, a marketing genius named Henry, to help her personally rebrand into someone likable. Kinda sad.

It totally doesn't escape us that Eliza is the only person her age (ahem, our age) in her office, or that the other "millennial ladies" on the show are of the DIY Zooey Deschanel variety, which really makes our selfie generation seem #sooooridiculous. There are more than two types of 20-somethings, you guys.

The big takeaway? Stop trying so hard to make a huge point about millennials, OK? We get it Selfie, you think we're narcissists and there's probably a ton we could laugh about together as a group, so let's stop hitting the same joke and make this show as good as it could be.

There is tons of really great stuff that could happen on Selfie. Some of the quips are so LOL, and if the series would just lighten up, be hilar and stop trying to drop truth bombs about millennials it would be the actual best. There are amaaaaaazing lines that are spooky true, like: "All the girls I knew were either drunk or at Soul Cycle." Or, "Eliza, I'm sure you're aware it is possible to be beautiful on the outside, but still 'butt' on the inside." "Like Gwyenth Paltrow." Give us more of that, truth from the inside rather than, like, ridic judgement from the outside.

Also, hate to say it, but either Selfie should have been a movie or they're going to have to write those topical, timely one-liners, like, the morning the show airs. The Selfie pilot is filled with references perfect for Sept. 30, but what will happen Oct. 1?

So should you watch Selfie? Why not. It could 100% be a hilarious sitcom (and might become one), John Cho is an awesome romantic lead, Karen Gillan is actually super charming even when playing someone super unlikable and there are, like, serious opportunities for a campy, superfun, 30-minute show here. But the show needs to stop telling Eliza what her #OOTD should look like and how totally cloud-brained we are as a generation.

There's a lot of material to laugh at together but if Selfie stays committed to turning what could be a quirky, fantasy romp through 2014 into a serious thesis on millennial life? Well, we just can't with that.