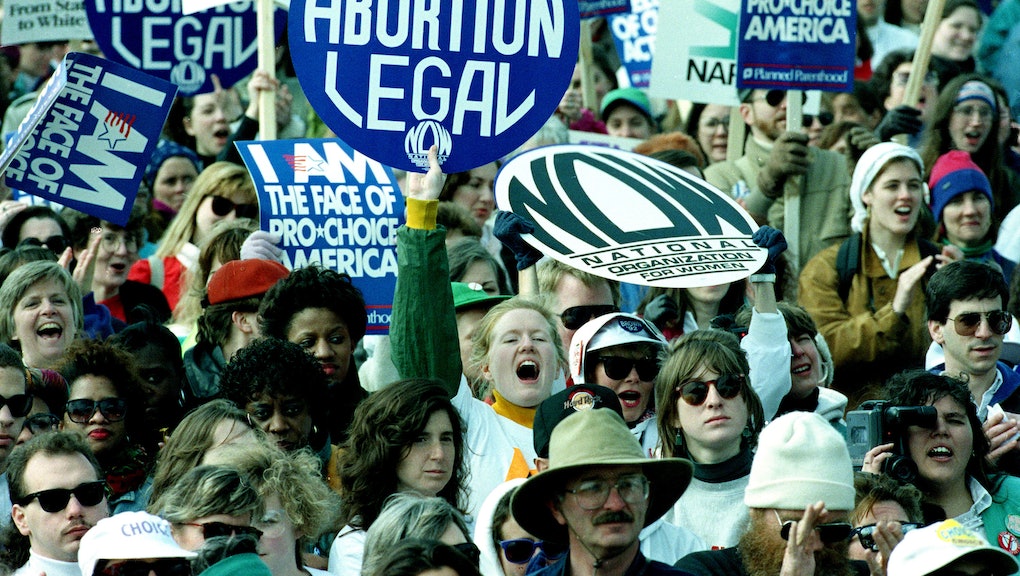 If you feel strongly about abortion, you’re not alone. It's one of the country’s most polarizing issues, often pitting so-called blue states against red states — and the people and politicians who live within their borders — to heated debates in front of clinics, in homes and in legislatures.

But how much do people really know about this hotly contested, partisan issue? Not a whole lot, as it turns out.

A new national study conducted by the University of Cincinnati reveals that abortion is shockingly and universally misunderstood. It seems that people have no idea what they are talking about when debating abortion, whether they live in liberal or conservative states.

Researchers surveyed 569 individuals throughout blue, red and purple — or swing — states about abortion health and legal knowledge. The vast majority of respondents were unable to answer easy, straightforward questions.

For example, only 41 percent of respondents knew that 1 in 3 women have an abortion in her lifetime. An astounding 69 percent mistakenly thought abortion poses a greater risk than childbirth, and an equally shocking 63 percent believed that women who have an abortion are more likely to develop breast cancer, despite this myth being repeatedly debunked by the medical community.

According to lead researcher Danielle Bessett, the "data does not support the red-versus-blue state hypothesis: geography does not dictate the world views of Americans." But it does support the need for better, more comprehensive sexual and reproductive health education nationwide.

The researchers concluded that "men and women making sexual and reproductive health decisions may not be well informed about the relative safety and consequences of their choices."

The danger of reproductive misinformation doesn’t stop at interpersonal relations. Politicized misinformation campaigns have increasingly found their way into state laws. As AddictingInfo.org points out, "five states now require women who are seeking abortion to be told about the link between abortion and suicide as well as their increased risk for breast cancer. Both of these claimed risks are absolutely false."

The discursive landscape about abortion is littered with myths and outright lies in an attempt to sway support for abortion access. Hopefully this research will help propel Americans to study up on facts and eschew false information. The art of debate — not to mention public health — depends on it.