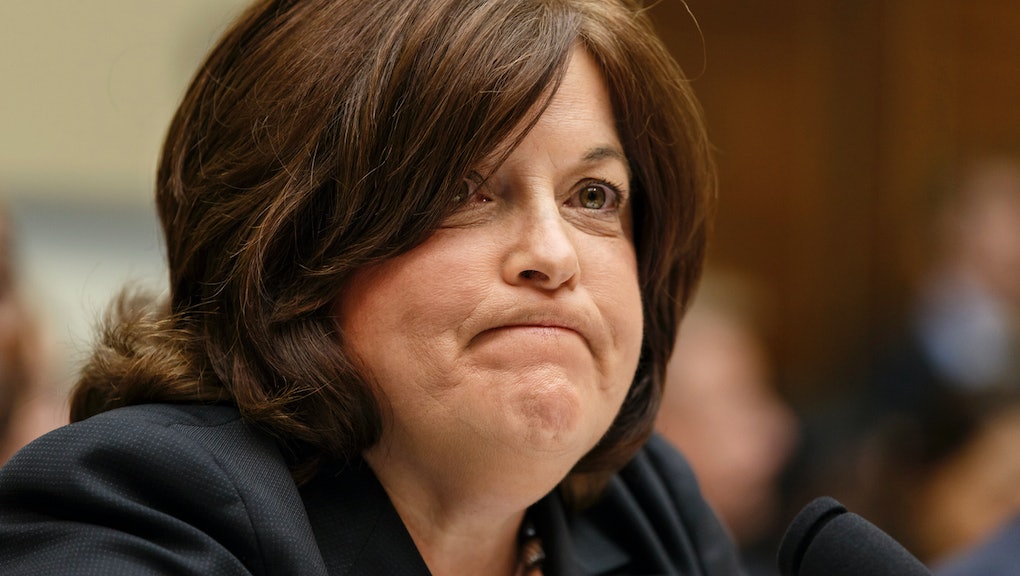 Julia Pierson, the director of the Secret Service, has resigned following a series of security lapses, including an incident two weeks ago in which an intruder was able to reach the East Room of the White House.

Homeland Security Secretary Jeh Johnson released a statement Wednesday afternoon announcing the resignation. "Today Julia Pierson, the Director of the United States Secret Service, offered her resignation, and I accepted it," Johnson wrote. "I salute her 30 years of distinguished service to the Secret Service and the Nation."

Pierson's job was on the line after a brutal hearing in front of a congressional oversight panel Tuesday and increasing calls for her to step down. House Minority Leader Nancy Pelosi (D-Calif.) called for her resignation earlier Wednesday, and Elijah Cummings of Maryland, the ranking Democrat on the Committee on Oversight and Government Reform, expressed doubts about her ability to do the job.

The White House had previously expressed "full confidence" in Pierson. In a press briefing shortly after the resignation was announced, White House press secretary Josh Earnest said President Obama "had the opportunity to telephone Director Pierson to express his appreciation for her service." Earnest noted "recent and accumulating reports" of other instances of security failures in explaining Pierson's resignation.

Earnest said that Pierson offered her own resignation, saying her departure was "in the best interests of the agency." Johnson accepted, and the president agreed.

Joseph Clancy has been appointed interim acting director of the Secret Service, according to DHS. Clancy was formerly the agent in charge of presidential protection at the agency, according to the Associated Press.