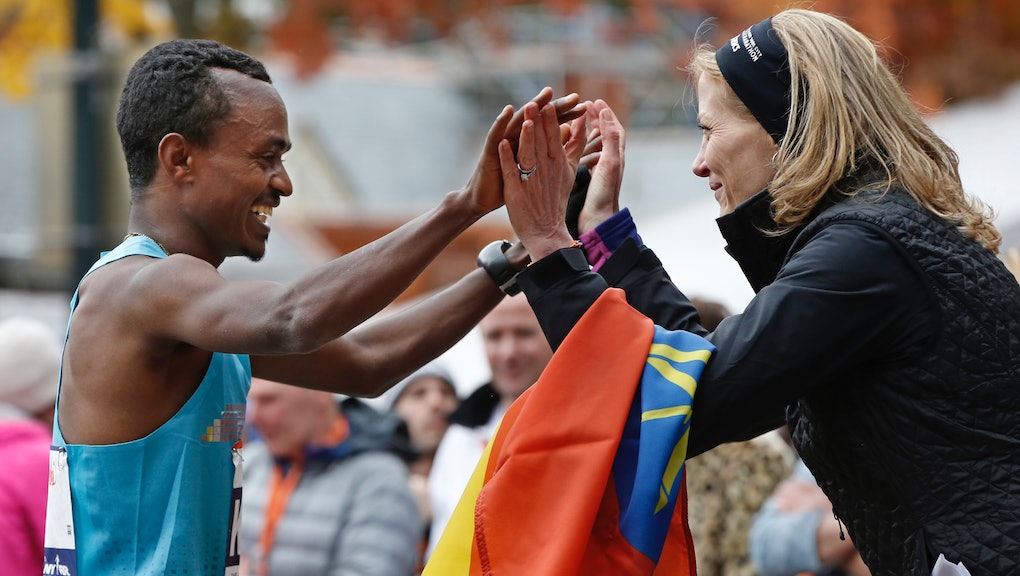 In any race, whether it be a marathon or an 800-meter run, the focus inevitably falls on the finish. This is sports, and we watch for the winners and the losers, to see who crosses the finish line, racing to stand at the top of the podium when it's all over.

But lurking in the background are runners who are never in the spotlight, because they never win; often they don't even finish the races they participate in. In the world of long-distance running, they're known as pacemakers. They're runners who will lead the first portion of a race but are doing so only for the benefit of their fellow runners, often their teammates. Pacemakers provide an invisible marker of where other racers need to be in order to beat a particular time.

It's a strange gig; they lend a hand to the victor but are never mentioned. For runners everyone sees, the pacemakers are truly behind the scenes.

"It's a different mindset," professional pacemaker Matt Scherer told Deadspin. "I treated pacing like a job. I am a competitive person, but I channeled my competitiveness to being the best I possibly could at that job, pacing. [...] I get a lot of satisfaction from seeing other guys do things I couldn't do, and things they thought they might not be able to do."

It takes a different kind of athlete to derive your pleasure from seeing someone else win, and knowing in your mind that you contributed a role to it. There are no pats on the back, no public adoration for what you do. But the pacemakers of the running world are truly a breed apart from the competitors we've come to know in sports. Athletes of all stripes can learn a lot from those who run for everyone's benefit.