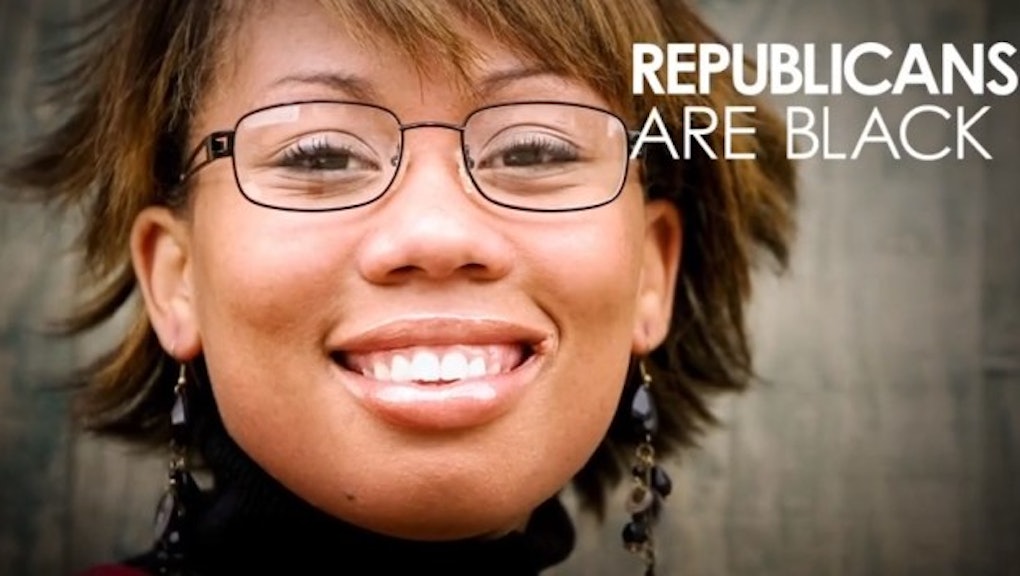 Republicans are people too — except when they're stock photos.

The "Republicans Are People Too" social media campaign was unveiled last week, meant to prove that the Republican Party encompasses everyone from African-Americans to Prius drivers to people with tattoos. It was a strange and deeply defensive strategy that saw plenty of mocking from liberals online.

The jokes are only going to get more plentiful. According to the Daily Banter, the ad campaign's video features stock photos of all the demographics it claims to represent. Talking Points Memo rounded up the worst offenders:

This happy lady was patient zero after the Daily Banter found her on the Georgia Association of Black Women Attorneys site, a payday loan site and a glasses coupon, among many more.

Honestly, it doesn't seem like it would be too hard to find a Republican with a beard and tattoos — at least outside of Brooklyn. This guy mostly shows up on tattoo design pages.

Here's the worst offender. How hard is it to take a picture of someone reading a newspaper? (If you look closely, it's not even the New York Times.) Our friend here has shown up in environmental campaigns, real estate development sites and stock trading sites.

It's an embarrassing turn of events for a campaign based around how inclusive the party is, making it seem like the group couldn't — or didn't care enough to — find people from different walks of life who are also conservative.

The associated Twitter account @RepsArePeople, which has been handed lots of abuse, humorous and otherwise, acknowledged that the campaign kicked off with stock photos after being accused of stealing them.

The biggest shame here is that we know there are black Republicans. There are probably lots of Republicans who read the New York Times. A quick survey of email forwards from AOL accounts across the country would prove that lots of grandmothers are Republicans. And yet finding one of each was too tall a task. The campaign's only goal was to showcase human beings — and it couldn't even get that right.