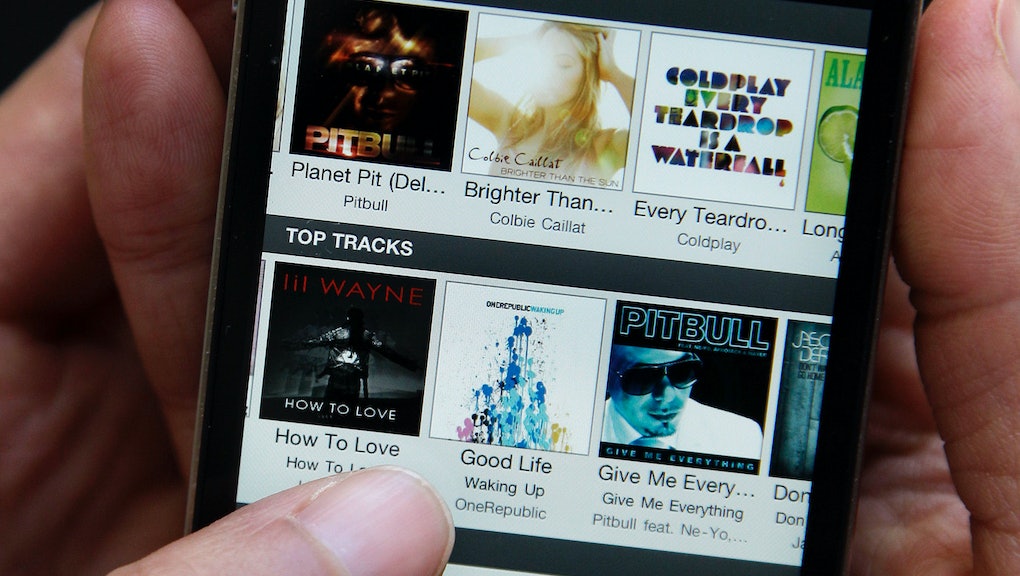 How the Internet Totally Destroyed Music Sales, in One Fascinating Interactive Chart

The news: Everyone might have complained about that new U2 album dropping into their iTunes libraries, but the truth is, most of us prefer our music to be free.

While streaming services like Spotify have exploded in the past few years, traditional formats such as CDs and even digital downloads have been on a downward trend for more than a decade. As more and more people choose to stream instead of buy their music, and music sales hit record lows, record companies are panicking about what this all means — and it's easy to see why.

If you want to see how much the music market has changed over the past few decades, data visualization site A.Track.Tion has created this stunning visualization of the total sales of different music genres (click here for the interactive version):

A.Track.Tion, a project funded by the Barcelona Supercomputing Center, used a combination of historical weekly music sales rankings published by the Billboard (some 33,560 songs on Billboard's Top 100 list since 1954) and genre information gathered from The Whitburn Project.

As you can see in the graph, many genres' sales peaked around 2000 and have steadily declined since then. It's no surprise that the fall coincides with the launch of Napster, the original (and highly controversial) file-sharing service that launched digital downloads into the public consciousness.

The chart also yields interesting insights based on subgenres. While pop and hip-hop are still posting relatively high sales, they're making a fraction of what they used to. Electronica seems to be the one genre that actually became more successful in recent years, but it's the exception, not the rule.

Why is this happening? Consumption tastes and habits have been changing, and record companies haven't been keeping up. Streaming services have done well capitalizing on the market, and the question now is: Why would you spend $9.99 buying an album when, for the same price every month, you can have unlimited access to music on Spotify? As a result, some musicians — like Radiohead frontman Thom Yorke, for example, and Queen Bey — are eschewing traditional album releases in favor of digital alternatives.

And as this Oatmeal comic perfectly sums up, the state of the music industry is still in flux, and the way we consume music and other media is bound to change in the years to come. Some genres might be doing better than others, but as a whole, the music industry needs to adapt to survive.