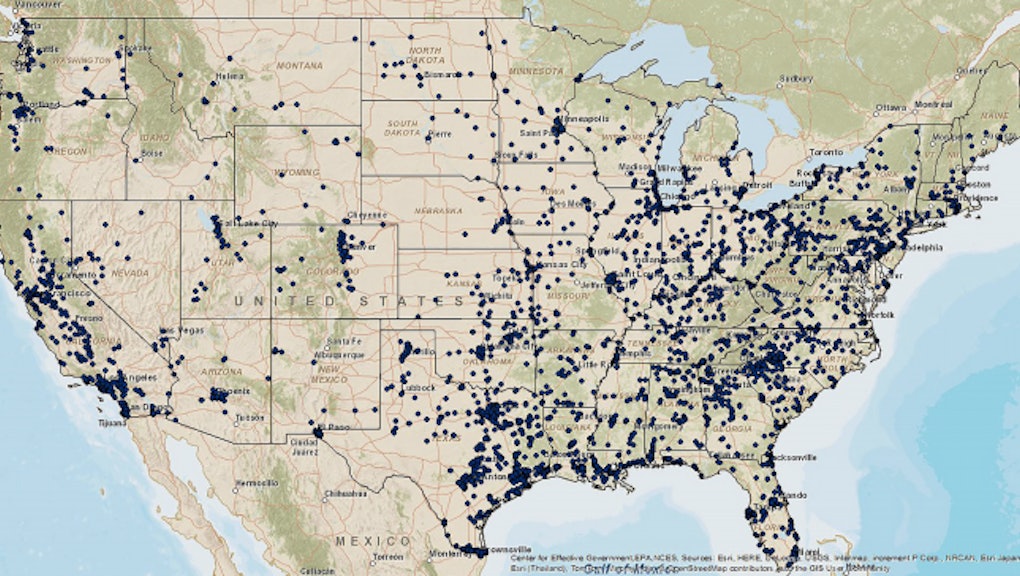 The news: When you send your kids to school, you expect them to maybe catch a cold from a sniffling classmate or take a spill while playing tag.

But what about getting caught in a chemical disaster?

A new report by the Center for Effective Government (CEG) points out a danger that most of us don't even notice: schools' proximity to high-risk chemical facilities. According to the report, 19.6 million children in 48 states — one in three of all American kids — go to school in chemical "danger zones" and would be vulnerable to a chemical disaster.

Schools in California, Texas, Florida, Illinois, and New York had the most students at risk, while San Jacinto Elementary School in Deer Park, Texas, had the dubious distinction of being the "most at-risk school" in the country, with 41 different chemical facilities in its vicinity.

"If an explosion or chemical leak occurred at one of these facilities, the result could be catastrophic," CEG President and CEO Katherine McFate wrote in a statement.

Is this an actual threat? While the report deals with hypothetical scenarios, it also discusses real-life situations, such as toxic emissions near schools. And given the slew of chemical and industrial disasters that have made headlines this year — from North Carolina's massive coal ash spill to West Virginia's chemical leak — the CEG report should not be dismissed as just conjecture or fear-mongering. Industrial accidents happen more often than we might think, and they often don't spur on the appropriate reforms to prevent them from occurring in the future.

The CEG report has constructive suggestions for avoiding potential disasters, such as pressuring companies to switch to safer chemical alternatives, and enforcing risk management training and making sure high-risk facilities aren't built in large urban centers. We won't be able to move schools out of every danger zone, but we can make sure that these zones get smaller and more limited in number.