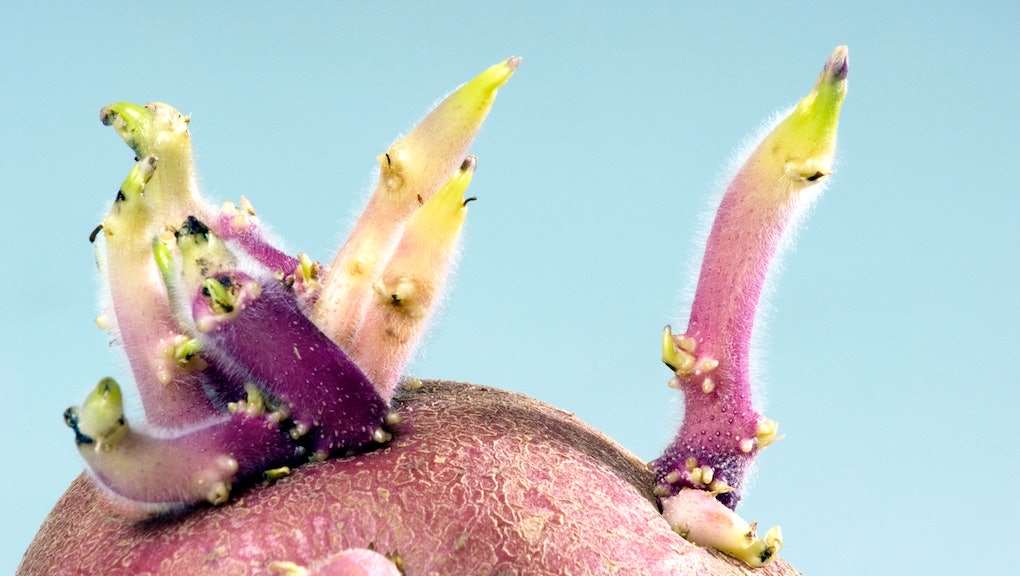 The news: A 22-year-old Colombian woman recently visited a medical clinic complaining of abdominal pain. When doctors examined her, they discovered that she had a potato lodged inside her vagina, and it had germinated.

As much as this terrifying discovery sounds like an old wives' tale, it's not. The woman told doctors she had inserted the potato down there because her mother told her it would prevent pregnancy. After leaving it there for two weeks, it began to sprout roots — leading to severe abdominal pain and what was likely a highly embarrassing doctor's visit.

"My mom told me that if I didn't want to get pregnant, I should put a potato up there, and I believed her," said the patient, whose identity remains anonymous. According to Colombia Reports, the nurse who examined her thought she was the target of a practical joke at first. It soon became clear the incident was real, however, and doctors removed the offending potato. (The woman herself will be fine, Colombia Reports noted.)

Her story is cringeworthy, but it reveals a larger problem. The nurse who treated the woman blamed her mother for providing her daughter with a ridiculous method of contraception, but it may not all be on her. Colombia Reports says that a campaign to reduce teen pregnancy by government agency Bienestar Familiar highlighted the fact that young people typically reject normal contraception methods like condoms and the pill.

But it's about more than just access. It's also about reproductive education, and according to sociologist Glory Saavedra, that's lacking in Colombia. Despite efforts to expand the reach of sex education, many families are reticent to send their teens there. This creates a giant gap, given that many adolescents won't discuss sex with their parents.

This isn't just a Colombia problem, however — it's an education problem, period. In the United States, for example, 37 states require abstinence to be included in sex education; 26 of those require that it must be stressed, according to the Guttmacher Institute. Coincidentally, many of those states have the highest rates of teen pregnancy.

A recent study in the New England Journal of Medicine came to a similar conclusion: Teens who received birth control education — as well as those who had access to free contraception — were much less likely to become pregnant.

As the story of the 22-year-old Colombian woman and the potato illustrates, there's a serious need for proper reproductive education. In the end, it goes beyond just preventing pregnancy — it's also about giving young people, particularly women, the tools and confidence to make responsible decisions about their bodies.