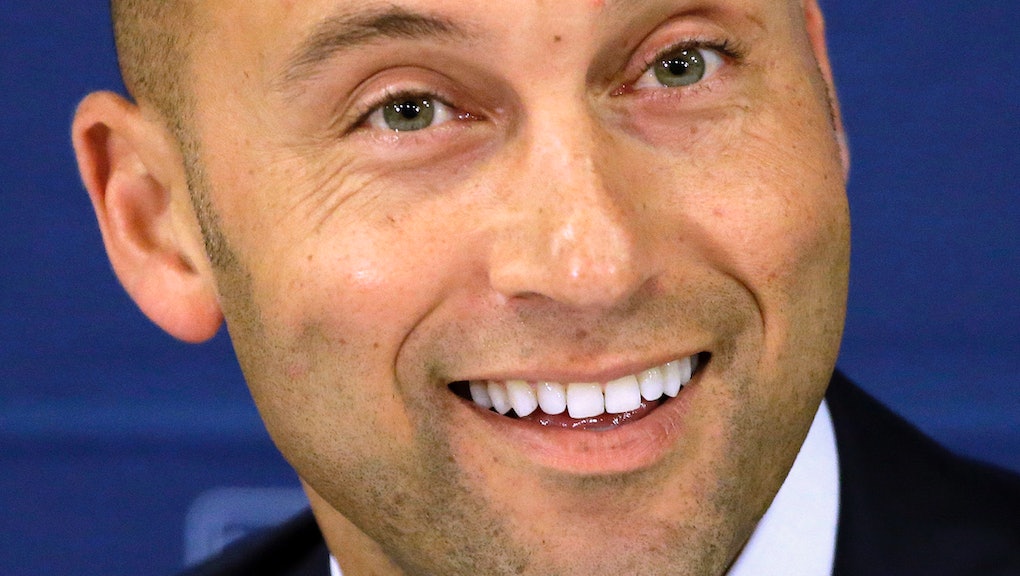 Immediately after the end of a six-month farewell tour celebrating a 20-year career with the New York Yankees, Derek Jeter has launched himself into the business of editorial and publishing.

Jeter launched this week the website Players' Tribune, and in his introductory post, he outlined his mission:

I do think fans deserve more than 'no comments' or 'I don't knows.' Those simple answers have always stemmed from a genuine concern that any statement, any opinion or detail, might be distorted. I have a unique perspective. Many of you saw me after that final home game, when the enormity of the moment hit me. I'm not a robot. Neither are the other athletes who at times might seem unapproachable. We all have emotions. We just need to be sure our thoughts will come across the way we intend.

The last point seems particularly important. In today's sports world where being first and having the exclusive takes precedent over making sure news is properly vetted and reported, oftentimes players and their reputations become collateral damage in the rush to report anything. It makes the athletes skeptical and it makes the fans weary of whether most of what their consuming is meaningful at all.

In a way, the Players' Tribune's aim is to remove that middleman. Instead of a reporter relaying the message from the fan, this is an attempt to allow athletes to craft their message in the way that they want directly to the readership.

The process already started Thursday with Seattle Seahawks quarterback Russell Wilson penning a piece about domestic violence and his history as a bully.

The site has not delivered enough content for us to draw a conclusion on whether Jeter's mission is sound and whether the material will actually follow through on his statement of providing unfiltered voices and meaningful writing. There's justifiable skepticism about this model, and the concern that this might just become a site for high-profile athletes to use it as a PR move, to deliver a message that helps align their individual image and branding, as the true ulterior motive behind the content.

But there's huge potential and reason to be cautiously optimistic. There are interesting athletes out there — thoughtful people who have things to say and stories to tell — that can really connect fans with them in a way social media can't. There's a ceiling as to how much you can really connect with your fans via Twitter, or Facebook or Instagram. Those outlets allow athletes to promote, to reiterate ideas that align with their branding. At best, it provides a personal glimpse into the player.

But the Players' Tribune can allow for something different. We know Jeter has significant pull in the sports industry, that high-profile people will be comfortable enough to use it as a landing spot for when they have something to say. That's the easy part.

The difficult part is making sure what is being said matters. It may be overly hopeful, but the potential that this page can really open up a new avenue for the athlete-fan connection, a breath of fresh air that's much different from the tired approach of other social media platforms. At the very least, we know it can be a possibility. If not the Players' Tribune, then perhaps it can provide inspiration for another site from another athlete to eventually grow into that role. That will be progress too.