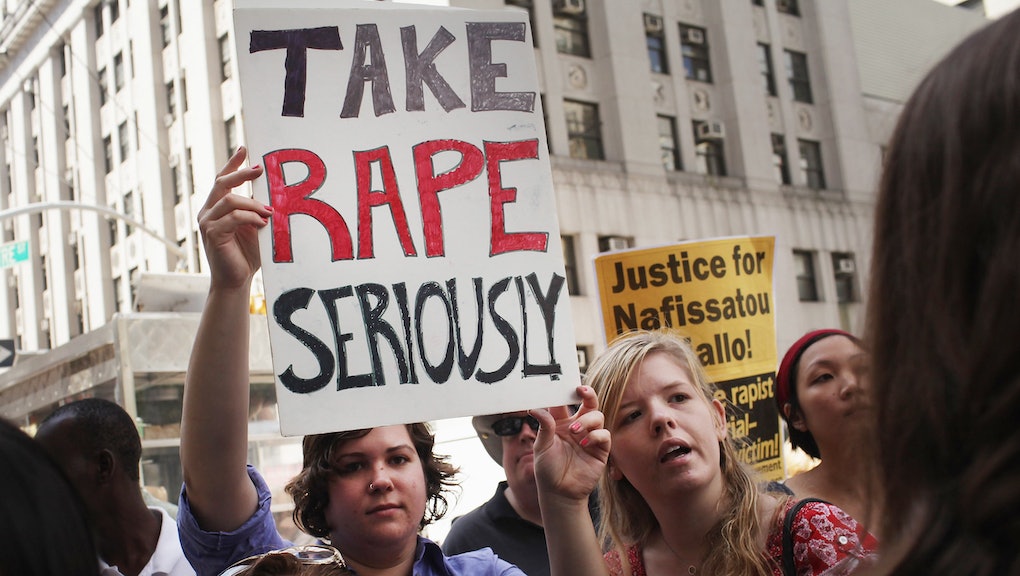 On Sept.28, California Gov. Jerry Brown signed a landmark piece of legislation into law. The so-called "yes means yes" bill is the first state law in America to mandate that all its colleges use an affirmative consent standard when investigating sexual assault reports. (That is, if those colleges would like to qualify for state funds for student financial assistance.)

SB 967 dictates that it "is the responsibility of each person involved in the sexual activity to ensure that he or she has the affirmative consent of the other or others to engage in the sexual activity." Essentially, all parties much clearly acknowledge and express consent before any sex acts can occur.

Predictably, the backlash to what seems like a fairly simple concept has been swift.

Writing in an op-ed for TIME, Cathy Young worried that the bill sounds more like a "prescription for overthinking." SB 967 is "very unlikely to deter predators or protect victims," Young claims. "Instead, its effect will be to codify vague and capricious rules governing student conduct, to shift the burden of proof to (usually male) students accused of sexual offenses, and to create a disturbing precedent for government regulation of consensual sex."

Young seems to believe that the law will turn college campuses in murky swamps of pheromones and confusion, resulting in a slew of false rape accusations from female students who "start feeling ambivalent about an encounter after the fact and reinterpret it as coerced."

As countless writers and advocates have pointed out, however, the law isn't designed to be a killjoy in the bedroom. Rather, it was designed as an update to the outdated — and clearly ineffective — "no means no" mantra. "Victims who are threatened with sexual assault aren't always equipped to respond in rape prevention talking points," Amanda Hess noted over at Slate.

Perhaps more importantly, however, affirmative consent laws should create a clearer definition of sexual assault, something that will help individuals prevent nonconsensual activity before it starts — and know definitively if it has occurred. As Lena Dunham articulated in her new memoir, some women spend years coming to terms with their sexual assaults, years spent feeling ashamed and confused.

Anonymous app Whisper has compiled 13 heartbreaking confessions from women who weren't sure if they were raped. These stories show that we need a brighter line when it comes to sexual assault. Both women and men need to feel empowered to make consensual choices. But they also need to know when someone has crossed that line. "I didn't want to have sex with him but I couldn't say no because I was scared of him," one Whisper user wrote, adding, "Was I raped?"

We need affirmative consent laws — coupled with a cultural shift toward increased awareness and enforcement — because no one deserves to spend the rest of their life wondering if what happened to them was somehow their fault.