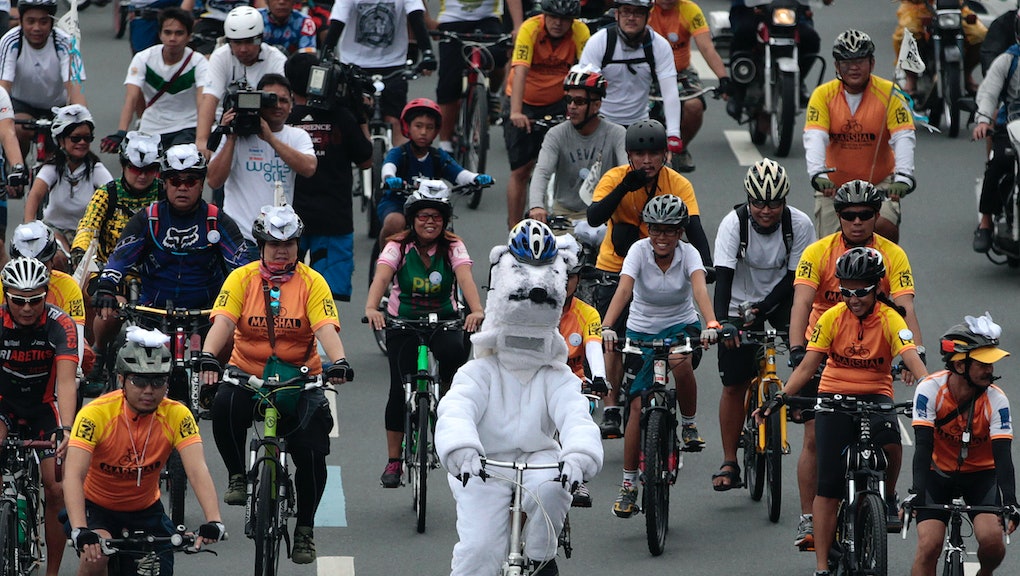 People around the world are taking to their bikes Saturday as part of a Greenpeace effort to call attention to melting Arctic ice.

It's part of the #SaveTheArctic campaign, which features lots of cyclists, signs and maybe a few too many people in polar bear costumes.

The science: Climate change has caused more and more Arctic ice to melt, leaving less habitat for native creatures like polar bears (the real kind, not the costumed kind).

The lack of ice gained a lot of attention this past week after 35,000 walruses hauled themselves onto an Alaskan beach. Walruses usually prefer ice, but had to make due given the conditions.

A UN climate report from earlier this year had even more dire warnings. By 2050, the report says, there will likely be regular ice-free summers in the Arctic Ocean. That melt has an impact on more than just walruses — it drives a sea level rise that will affect 70% of the world's coastlines before the end of the century, according to the report.

So while the Greenpeace riders may be focusing on polar bears, the real threat affects just about everyone on Earth. And it's something that's going to take more than a day of bike-riding, as helpful as that may be in spreading the word, to combat.