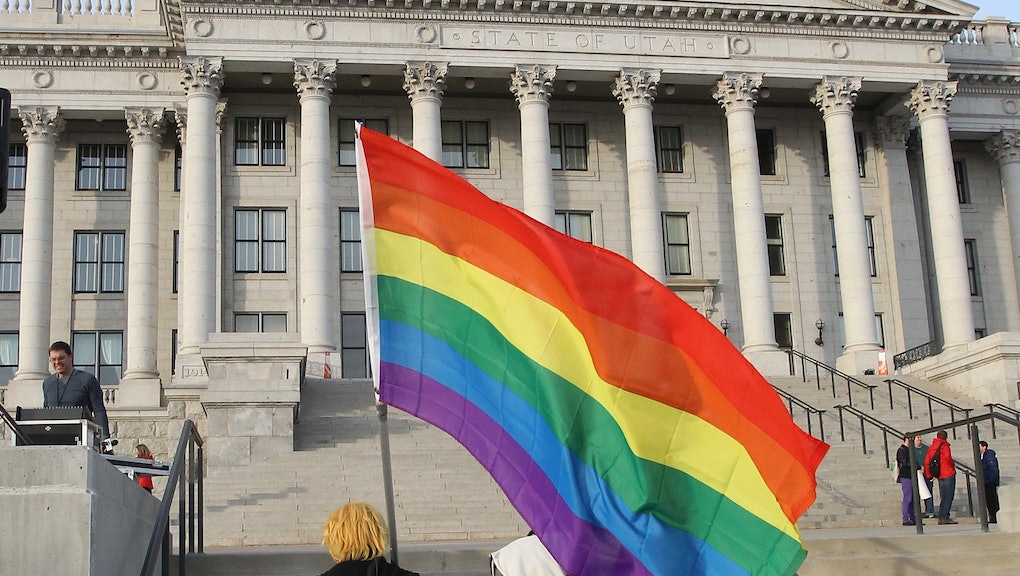 In June 2013, the Supreme Court voted to strike down the Defense of Marriage Act, the federal ban on same-sex marriage. On Monday, by deciding not to hear arguments on seven new cases, the justices effectively rubber-stamped marriage equality in 11 more states.

The broader fight for a federal law to guarantee the rights of gay men and women to marry has been put off for now, but the court's nondecision decision has cleared the way for another wave of states to open their books to new marriage laws.

These seven states — all of them now tied up in appeals after court decisions overturned state bans — could be the next to flip:

Louisiana's same-sex marriage ban was upheld by a federal court, only to have it ruled unconstitutional by a state judge hearing another case. That split occurred on Sept. 22. The attorney general's office immediately filed an appeal in the state case, but recent history suggests that attempt will fail and gay marriage could soon be a "geaux" in the Bayou State.

Like the five states listed below, officials in Texas are now appealing a federal court ruling that overturned a gay marriage ban. BuzzFeed's Chris Geidner picked out the mic-dropper from U.S. District Judge Orlando Garcia's decision back in February:

These Texas laws deny Plaintiffs access to the institution of marriage and its numerous rights, privileges and responsibilities for the sole reason that Plaintiffs wish to be married to a person of the same sex. The Court finds this denial violates Plaintiffs' equal protection and due process rights under the Fourteenth Amendment to the United States Constitution.

Garcia stayed his decision pending a ruling from the 5th Circuit Court of Appeals.

On Aug. 21, a U.S. district judge struck down the 2004 Michigan Marriage Amendment, which restricted the definition of marriage to being between "one man and one woman." The appeal has already been heard by the 6th Circuit Court of Appeals, which could hand down its ruling soon.

In May, the state supreme court stayed part of a lower court's decision to overturn a 2004 ban, kicking off a confused few days during which a number of same-sex couples were married.  The court eventually issued a full stop pending the ongoing appeals work.

Idaho is also awaiting a U.S. Court of Appeals decision, after state officials appealed a lower court judge's decision to strike down same-sex marriage prohibition. The case is with the 9th Circuit.

Same story. A U.S. district judge ruled in July that the state's ban was unconstitutional, but put his decision on hold pending a decision from the very busy 6th Circuit.

U.S. District Judge Robert Hinkle struck down Florida's 37-year-old ban, saying it "violates the 'due process' and 'equal protection' provisions in the U.S. Constitution." But, like the others on this list, he put his own ruling on hold until appeals were ready to be heard.

The common thread in each of these cases is that the forces fighting against marriage equality are banking on the U.S. Supreme Court to hear their cases and uphold their bans. But today's decision by the justices to essentially ignore other states trying the same tactic sends a clear message: Marriage equality is here to stay.