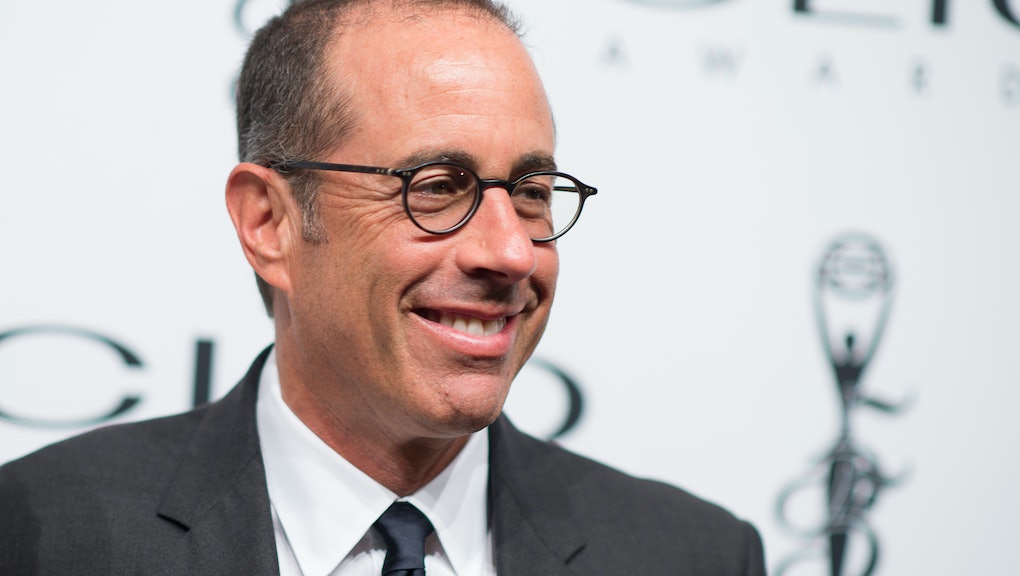 Ever wished you could tell someone, to their face, how much and exactly why you hated them? Jerry Seinfeld did exactly that earlier this month when he called a banquet hall of celebrating advertising executives wastes of space while accepting their honorary Clio award for "pushing the boundaries of creativity and his longstanding contributions."

During his speech, Seinfeld tore into the advertising industry as a soulless, materialistic monstrosity. Railing against commercials as pointless and deliberately deceptive, he labeled his hosts shallow liars and said advertising proved humanity was "stupid but hopeful."

"I love advertising because I love lying," Seinfeld's speech began. "In advertising, everything is the way you wish it was. I don't care that it won't actually be like when I actually get the product being advertised because, in between seeing the commercial and owning the thing, I'm happy, and that's all I want. Tell me how great the thing is going to be. I love it.

"I think spending your life trying to dupe innocent people out of hard-won earnings to buy useless, low-quality, misrepresented items and services is an excellent use of your energy."

He even went so far as to directly reference a 1991 incident where advertising executives, fed up with a horribly mismanaged ceremony, clambered onstage to steal the remaining Clios.

"Tomorrow, I don't know where this is going to be," Seinfeld explained to the audience. "It's going to be somewhere. Eventually I'll be dead. Someone will just take it or sell it or throw it out. That's fine. I'm happy now. The same way those executives were in 1991 when they ran onto this stage and grabbed trophies that weren't theirs. But it trumped up their phony careers and meaningless lives."

The audience, for what it's worth, loved it, perhaps reading it as a clever and well-deserved roast rather than a calculated attack on the dark heart of the ad industry. Seinfeld is also excoriating himself, because he's been raking in the dough for his work with Acura:

And if anyone's going to take some heat for hawking a terrible product on unwary consumers, Seinfeld hawked what PC World deemed the "worst operating system ever," Windows Vista:

Seinfeld's also worked with American Express and Apple and told AdWeek of his Acura campaign that "I love advertising, and especially when you have a client like this, who's bold and creative and wants you to be the same way."

So as punishing as the diatribe was, Seinfeld's hands are as red as anyone's in the room. As Uproxx's Dustin Rowles points out, his symbiosis with the advertising industry gives him a lot more leeway to criticize them to their face than a guy like Bill Hicks. Imagine, for example, how that crowd would have felt after listening to George Carlin's rant on "the manufacturing, distribution, packaging and marketing of bullshit."

The Clios website described the speech as revealing some "harsh (but oddly uplifting) truths about the advertising industry."