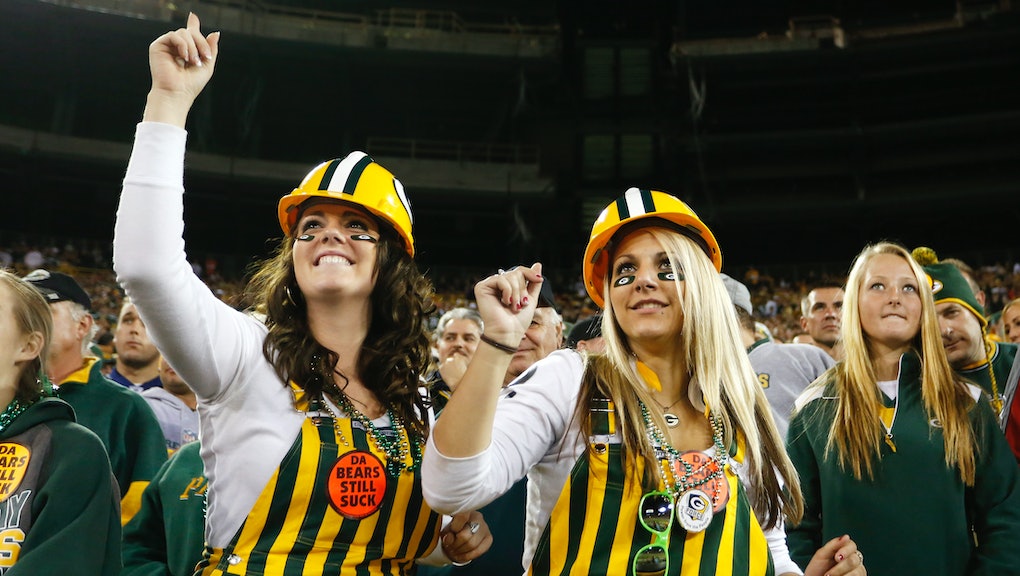 Men's Health, a magazine with a decorated history of mind-numbingly insipid sex tips and recycled cover lines, caused quite a controversy Monday when it published, then retracted, an article that sought to explain how to talk about sports with women.

The 101-word "story" by Teresa Sabga asserted that most women require human interest stories in order to care about sports.

Not all women share your passion for sports, in case you hadn't noticed. The reason? They need story lines.

The premise of the item, which literally opens with the phrase "not all women," is flatly absurd. Forget the existence of women's tennis or the WBNA: Are we to believe Mo'ne Davis picked up a baseball because, as the quoted "expert" Markovits suggests, a man once told her the wife of some major-leaguer battled cancer?

Though some chalked up the misfire to a cynical ploy for page views, the article's themes are more insidious than they might at first appear. Indeed, the idea that "most women don't care about stats" reinforces an outdated stereotype whose influence can still be felt in the alarming gender gap in STEM careers.

Predictably, the article's stance swiftly incurred the wrath of both male and female readers.

Within hours, Men's Health yanked the story, deleted the original tweet and issued an apology.

With good reason: SportsBusiness Journal reported women represent 45% of the NFL fanbase and roughly 33% of the league's viewing audience. Bloomberg Businessweek reported 6.4 million women played fantasy football last year, up from 5.8 million in 2012. According to Nielsen's Year in Sports Media Report from last year, females represent 30% of NBA fans, 30% of MLB fans, 32% of NHL fans and 37% of NASCAR fans.

Try telling Phyllis from Mulga, the impassioned Alabama football fan whose call to The Paul Finebaum Show went viral earlier Monday, that she's only in it for the "story lines."