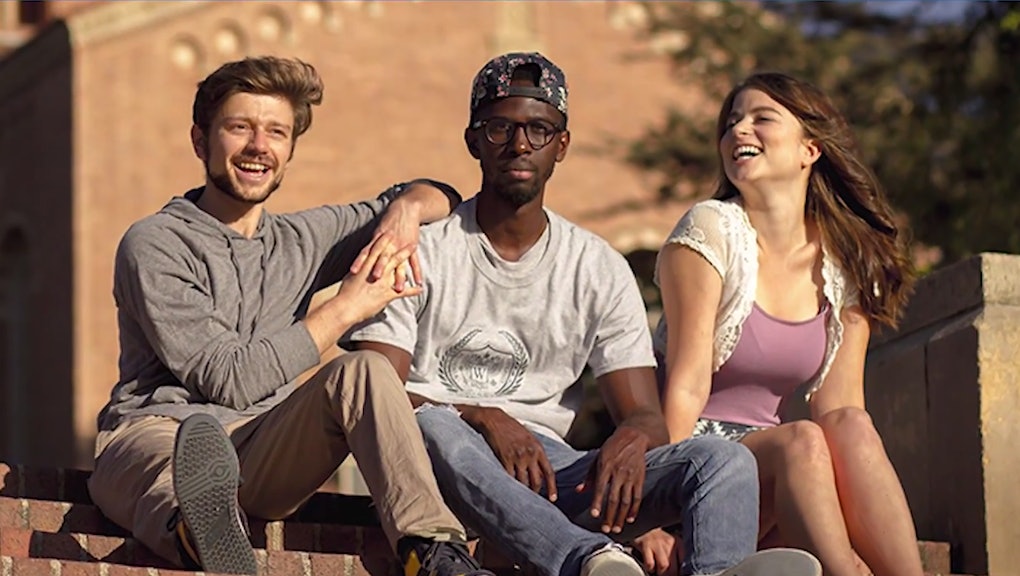 One of the many benefits of white privilege is almost never having to worry about being the only white person in a given environment.

Indeed, white people can usually count on having white bosses, white teachers and white friends. But for people of color, coping with being the only person of your kind in an overwhelmingly white space can be a daily struggle.

Of course, the institutionalized inequalities of modern society haven't stopped people of color from showing up and participating anyway, even when environments are so monochromatic they may feel outright unwelcome. Many people of color are all too familiar with those moments and have taken to social media, inspired by the upcoming film Dear White People, to show the world what it looks and feels like to be a token, using the hashtag #TokenTuesday.

Needless to say, it's not all that fun being the token, especially when your "diverse" background gets deployed to rebuff or inoculate otherwise white organizations or institutions from claims of racism. Who can forget how often the "I'm not racist, I have a black friend," defense has been used by such "non-racists" as Donald Sterling and Paula Deen. (This is despite the fact that a recent study suggests close to 75% of white Americans have an "entirely white social networks without any minority presence.")

When it comes to tokenizing blacks and racial minorities, colleges and universities are certainly not immune from guilt.

It's a phenomenon that's lampooned beautifully in a clever new video from Moose Hill Productions, a company associated with the film Dear White People. The short clip highlights the way blacks and other people of color can find themselves being used as props for promotional materials to create a more "diverse" image.

"When I was applying to Winchester, I checked out the website and they had a black dude in every picture. And then when I got here, I was like, 'What happened?'" says Kejuan, the token black student at "Winchester U," resigned to the unbearable whiteness of his institution. "Then I realized, I'm that dude now. I'm the black dude they use to promote how diverse they are."

The video also raises questions about whom this diversity actually benefits. Transplanted into predominately white institutions, are students of color there for an education or to enrich white students? After all, these environments were never intended to welcome black people in the first place.

"For me, I'm all about learning from people of weird backgrounds, like Harlem or the ATL. Even if they look different, they still have to breathe the same air. They still have to eat and go to sleep at night," says Laura, a white student who marvels at the few black people she's met at the fictional college. "Before Winchester, I didn't know any of that."

While the video parodies the situation, research shows it's no joking matter. Admissions staffs are overwhelmingly white, according to the National Association for College Admission Counseling, which makes it even harder to recruit and retain students of color in higher education. And while selective and private colleges have the biggest issue with racial diversity, the enrollment gap between whites and people of color is closing, but disparities remain in graduation rates, according to a report from FiveThirtyEight.

It's not just a college admissions problem, of course. Even the Republican Party was recently mocked for using stock images of racial minorities in their new campaign, "Republicans Are People Too." The misstep drew criticism for its "diversity push" that did nothing to address concerns over the party's radicalized policies and historic disdain for people of color.

Tokenization is real indeed. But what matters most is making sure anyone from a different background is included, appreciated and affirmed, not objectified or turned into a diversity prop.