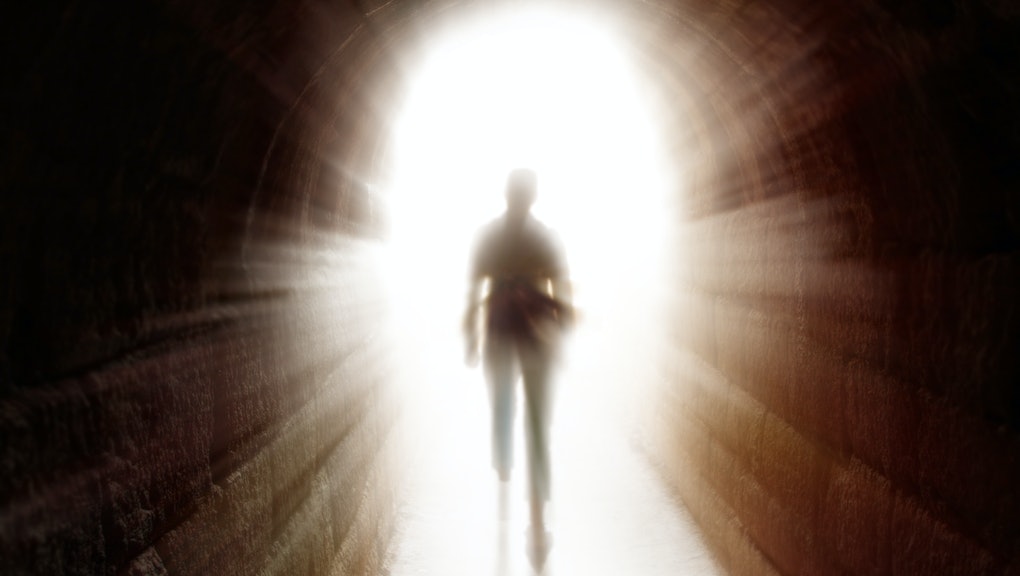 Scientists Have Discovered What Happens to Our Minds as We Die

What happens to our minds when we die? Scientists may be closer to answering this question than ever.

The study: A team of scientists led by Sam Parnia, of the State University of New York at Stony Brook, examined the cognitive processes of survivors from a pool of 2,060 cardiac arrest patients during a four-year observational study. Nearly 40% of the more than 330 survivors surveyed reported some form of "awareness" during the time that they were considered clinically dead by responding medical staff, all while their hearts weren't beating.

One in 5 claimed a state of prosaic contentment or peace had fallen upon them, while one-third reported some form of subjective time dilation. Some 13% felt as though they had physically left their bodies. Nearly 46% of the cardiac arrest patients reported various flashes of memory; 46% had memories with seven "major cognitive themes": fear, animals and plants, bright light, violence and persecution, deja-vu and family. A full 2% described "seeing" and "hearing" actual events related to their resuscitation.

If memories weren't blurred by sedation and or brain injury, the team expects that even more of the patients would have reported such experiences.

"Clearly, the recalled experience surrounding death now merits further genuine investigation without prejudice," Parnia said in a press release. He added that "millions" of people have likely had "vivid experiences" while facing death, but that the scientific literature simply hasn't taken such claims seriously. The results of his research were recently published in the journal Resuscitation.

So what's on the other side? One man, a 57-year-old social worker, was able to accurately describe some elements of the scene that ensued while he was being attended to by nurses. The Telegraph reports:

This sounds to hard to believe, but the researchers aren't pop physicians hunting for a splashy magazine cover. Parnia himself is well-known for his previous research into resuscitation, which has included developing more effective emergency medical techniques. At the Stony Brook University School of Medicine in New York, Parnia was able to help bring the resuscitation rate to around 38%; the national average in the U.S. is around 16%.

Why it matters: Parnia believes that vivid near-death experiences are both widespread and poorly understood by the scientific community, noting that experiments which found surging brain activity in mice with induced cardiac arrest could be explained by any number of factors. But the newest study provides more evidence for his theory that consciousness continues to exist after what looks like death, if only for a short time. It's not proof that anything lies beyond, but may nonetheless expand our understanding of death as a process, rather than an on/off switch that just flips at the end of life.

"These experiences feel very real to those who had them," Parnia told Der Spiegel. "Why should we doubt the reality of their experience? NDEs occur everywhere, in all cultures, in every country, in religious people and atheists, even in children younger than three years old. It would be wrong to see them as mere fabrications. It looks like people's consciousness does not get annihilated just because they are in the early stages of death. It's a medical paradox."

He had some comforting words, too. "From what the patients describe, we have to conclude that death is a pleasant experience for most people," said Parnia. "I think we have no reason to be afraid of it."