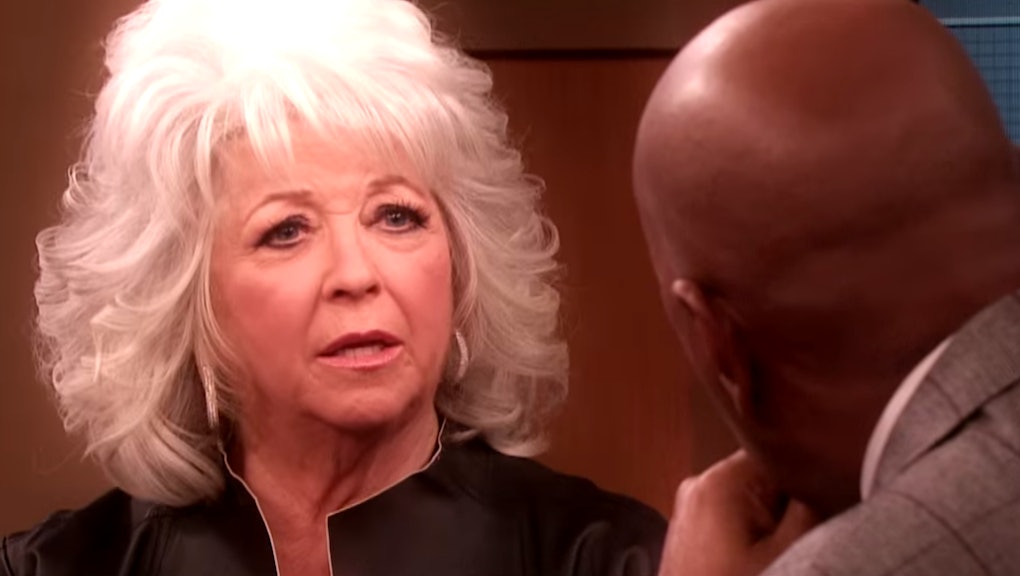 In the year 2014, it is still difficult for some white people to acknowledge that racism still exists.

Indeed, white people continue continue to benefit from an institutionalized system of prejudice that has survived for hundreds of years. Most white people living today had nothing to do with slavery, lynchings or segregation, of course, but there's very real violence — both physical and mental — that undergirds racism in the present.

It's no longer enough to simply be aware of white privilege. The conversation needs to advance past this initial — and important — stage of acceptance and move to a stage of action. Because, in the meantime, whites still benefit from the subjugation of people of color.

Each and every person has the power to overcome prejudicial attitudes. Yes, it is possible, if relatively seldom, for people of color to also harbor biases between cultures and ethnicities. But what people of color don't have is the overwhelming amount of institutional power enjoyed by their white counterparts, making white privilege not only an interpersonal issue but also a systemic one.

It's important for everyone to begin thinking and behaving in ways that relinquish white privilege and white supremacy when it noticeably impacts daily life. Because it's not about admitting it anymore. It's about giving it up. Here's a few ways how that can happen:

1. People of color are not on-call anti-racism educators. Do the work of self-education to become actively anti-racist.

It's admirable to reach out and ask for help when you're unclear about how racism affects people of color. But like any human being, people of color have limits on their time and energy and cannot talk endlessly about racism. In fact, continually having the same prolonged conversations — especially with people who don't appear to be listening — can be an extremely stressful experience.

That's why it's important to self-educate by reading articles, books, studies and other online resources.

2. Before using things invented and historically pioneered by people of color, learn the history and avoid cultural appropriation.

Taking credit for someone else's work is unethical and dishonest. When it comes to cultural artifacts, accessories, slang, music, dance moves, product inventions and even general ideas, however, many white people throughout history have mocked or erased people of color through cultural appropriation. Instead of giving credit (and profit) where it is due, those items and representations are taken from the originators and divorced from their meaning.

Don't buy into this trend. By learning about how these things have originated, and why they're important to people, everyone can have cultural exchanges in a respectful and affirming manner. And push back when you see peers exploiting other cultures for financial gain.

3. Demand your workplace, school and other structured environments ensure inclusion and equity at every level.

It's not just about simple diversity anymore — having darker faces in predominantly white spaces doesn't ensure that people of color are welcomed and have a seat at the table.

Inclusion and equity move society toward a system where the levers of power are shared equally among all people who need a voice and representation — at work, at schools, in the government and in any other institution. But the current state of affairs, as it always has, only reserves that power and visibility for white people, especially white, straight men.

4. End or re-evaluate relationships with white people who consciously self-segregate from people of color or express racist attitudes.

It can be hard to speak up when faced with a racist family member, friend, boss or acquaintance. Instead of challenging the status quo or calling on peers to elevate their ways of thinking, many people choose to tolerate racism in order to do business with someone or be invited into social settings.

But although it can be uncomfortable, people must make it clear that racism and white privilege is not OK — even if it means they lose so-called friends in the process. Because a true friend would be able to empathize with and respect the humanity of people of color, not denigrate and discriminate against them.

And, of course, it's never enough to have a token friend who's a person of color. The racism present in these kind of representational friendships will likely sour the relationship in the long run if it remains unchecked.

Most white people can walk down the street during the day and not have to worry about whether their attire or skin color will make them a candidate for stop-and-frisk. They can also go to the airport and expect not to be targeted for "random" or overly invasive searches.

These prejudices, cloaked in the guise of tactics like racial profiling, are not just a problem limited to the police: White civilians, too, can harbor intense fears and preconceived notions about people of color.

Just because it's not happening to you doesn't mean you shouldn't care about it — especially when it affects your neighbors every day. As we've seen in the cases of Trayvon Martin, Renisha McBride, Jordan Davis, Michael Brown and countless other black men and women, these issues have life-or-death implications. If you live in an area where there's disproportionate police targeting of people of color, hold them accountable by participating in protests, supporting anti-racist organizations or contacting elected officials. Demand they examine routine yet problematic practices, and don't stop until community-sourced solutions are devised, so that everyone can live without the violence of the prison-industrial complex.

6. When it's clear that preferential treatment is given to whites over people of color in public accommodations, call for fairness.

Whether it's being served attentively in a restaurant even as people of color nearby are being ignored, or getting a taxi that rolled by a black woman who had clearly been trying to hail one for much longer, use the opportunity as a learning opportunity for all involved.

Ask questions: "Did you see them trying to get your attention? They've been waiting for a while and I think you need to make sure they're being served well." It's always smart to explain the theory behind one's actions. But ultimately, alerting others to their own prejudices is one way to awaken people who may be unconsciously practicing bias in how they work or interact with people in business settings.

7. Support a federal study that researches the effects of slavery on blacks in America.

At the beginning of each year in Congress, Rep. John Conyers presents a bill that commissions a federal investigation into how slavery has affected black people in America — in addition to another measure that would provide financial remedy associated with the Tulsa, Oklahoma, race riots of 1921, which ravaged a bustling black community otherwise known as "Black Wall Street."

It's a known fact that most black people in America descended from slaves. Some have artifacts, paperwork and oral histories from their ancestors to share, and others do not — especially since black families were broken apart by the system and not considered important enough to have records kept on them. It's a sordid history, well-documented in the June 2014 essay "The Case for Reparations" by The Atlantic's Ta-Nehisi Coates.

But even though Conyers introduces that same bill every year, it never gets serious consideration. Could it be because whites in power are afraid of what it will reveal? Slavery may be over, but the institutions and logic born from it still inform disparities between whites and blacks in America today, including how other people of color are cast into racialized hierarchies.

Perhaps such a commission's findings would signal a need for reparations of some kind, or other social programs that could truly help elevate people of color to a level of parity with their white peers. If white folks really care about that happening, they should support credible efforts to examine how the federal government can actively and efficiently work toward eliminating institutional racism once and for all.