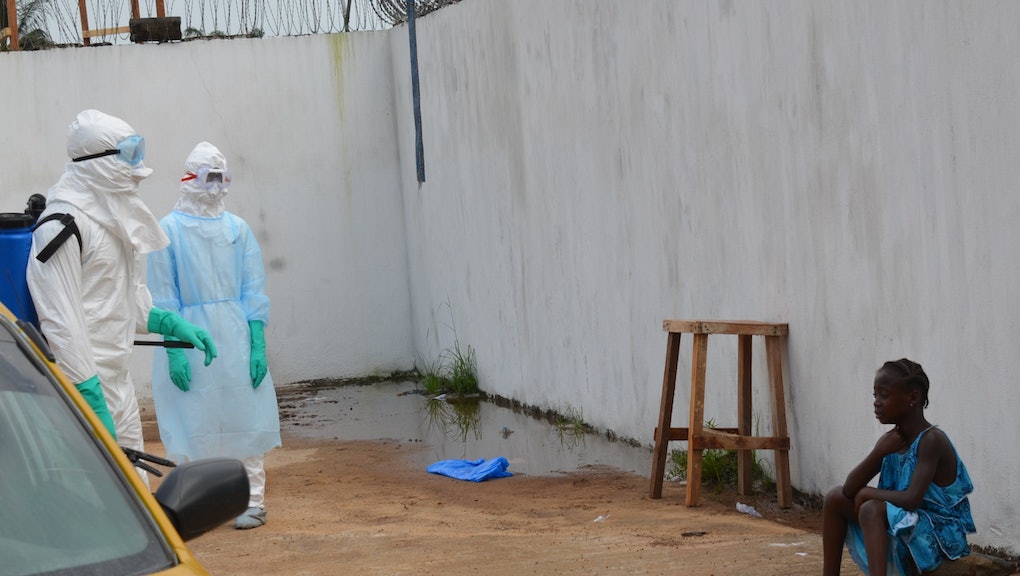 A Country You'd Least Expect Is Leading the Fight Against Ebola

While U.S.-Cuban relations remain decidedly frosty, America's isolationist policy is not stopping Cuba from helping the global community in one big way: contributing to the fight against Ebola.

According to the World Health Organization, Cuba has already sent 165 health professionals to Sierra Leone to help contain the epidemic, constituting the single largest medical delegation by any country. Nearly 300 more Cuban doctors and nurses are currently being trained for similar efforts in Liberia and Guinea, which have also been reeling from the outbreak.

"May the example of Cuban's march to Africa also be in the hearts and minds of other physicians in the world, especially those with more resources," former leader Fidel Castro wrote in the state newspaper Granma. "There are enough doctors on the planet so that nobody has to die for lack of care."

Cuba's commitment to medical humanitarian aid should be commended. While the Cuban government continues to be beset with allegations of human rights abuse, it at least remains consistent when it comes to being at the front lines of health crises. Cuba even offered New Orleans 1,100 doctors and 26 tons of food and supplies after Hurricane Katrina, although the offer was not accepted.

There is huge demand for medical professionals in West Africa right now. Critics of Cuba's international medical aid program have described it as a PR opportunity, a moneymaking scheme and mere political posturing. But whatever the motivation might be, in the case of the ongoing Ebola crisis, Cuban health professionals are making a huge difference.

Cuba's announcement follows recent calls from WHO and other international organizations for the global community to step up efforts to combat Ebola.

"After months of inaction and neglect from the international community, the Ebola epidemic in West Africa has now spiralled utterly out of control," wrote 44 public health experts from 16 European countries in a Lancet article. "Today, the virus is a threat not only to the countries where the outbreak has overwhelmed the capacity of national health systems, but also to the entire world. We urge our governments to mobilise all possible resources to assist West Africa in dealing with this horrific epidemic."