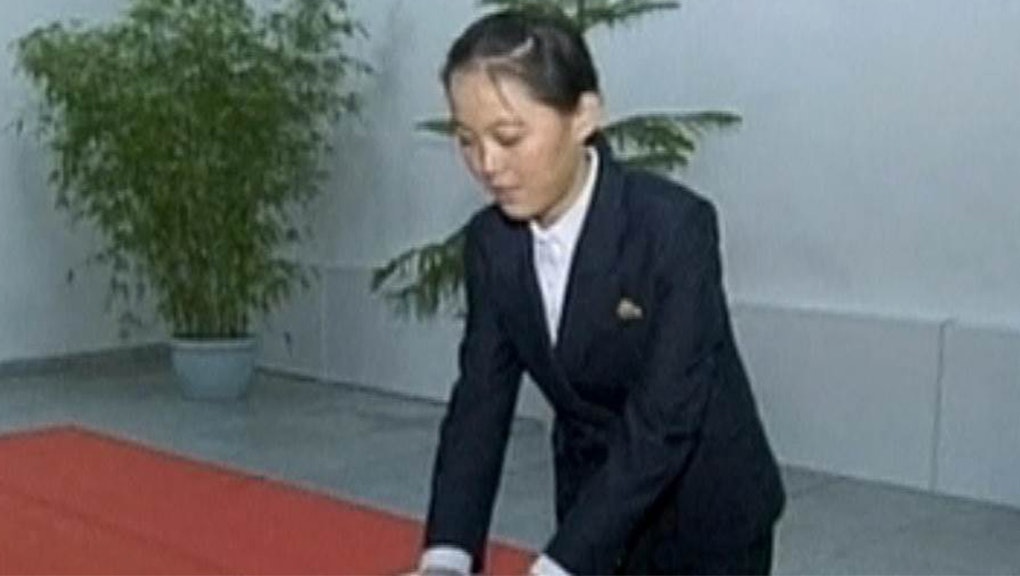 The news: It's been over a month since North Korean leader Kim Jong Un has been seen in public, sparking rampant rumors about his health. But while there has been much speculation regarding who might fill the power vacuum in King Jong Un's absence, there might already be someone from the Kim dynasty taking the reigns of leadership: his sister.

According to North Korea experts, Kim Yo Jong is the most likely candidate to keep everything running smoothly while her brother recovers. Here's what you need to know about her:

Who is she? Born in 1987, Kim Yo Jong is the youngest of Kim Jong Un's seven known siblings. As deputy director of the Korean Workers' Party, she already wields considerable power and influence and is known to have a solid relationship with her brother: They were born to the same mistress of former leader Kim Jong Il and attended boarding school in Switzerland together. Despite being the youngest, she is respected more than some of her older siblings, who have been disinherited from the line of succession.

Not only that, but Kim Yo Jong has also been noted in her family for a natural interest and aptitude for politics. "She was one of the only ones that was distinctly interested in politics, in North Korean politics," North Korea Leadership Watch's Michael Madden told Mashable. "Kim Jong Un is not a micromanager. It's very possible she could be running a lot more things than we think."

What does this mean? While Kim Yo Jong may still be in her 20s, she has her brother's ear and her family's last name. And having a Kim in charge is a must for the North Korean government to display stability and confidence, especially when its current leader may not be in top health.

"Clearly it's an effort to slow-track her into becoming somebody who is important within the system," Victor Cha of the Center for Strategic and International Studies told CNN.

"I can see how it's possible that she's in some sort of temporary position. It's very difficult for the North Korean system to run without one of the Kim family at least titularly in charge. So, if Kim Jong Un is indisposed, she's really the only available body that's left, in terms of a direct Kim family line," Cha added.

As with all things involved with North Korea, it's near impossible to confirm these theories until the government addresses it. But for now, Kim Yo Jong seems like the most likely candidate to operate in her brother's stead, marking an interesting new period in the Hermit Kingdom's history.