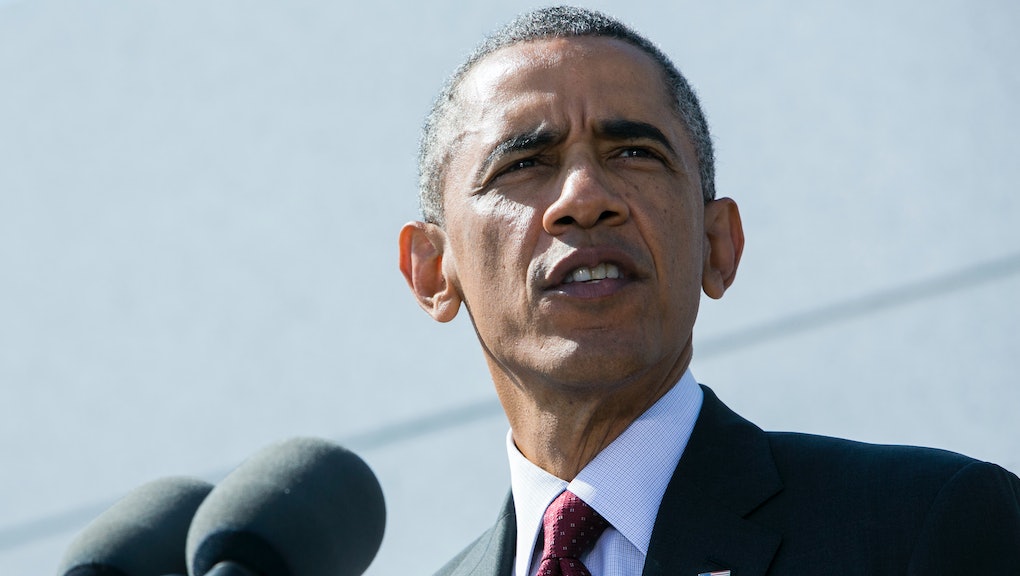 With midterm elections just weeks away, the White House is rallying its troops — and some emojis — to reach out to young voters.

Later today, President Obama will speak at an event in Los Angeles that is billed as an opportunity to highlight "the important economic progress our country has made and one generation in particular – Millennials – who will shape our economy for decades to come." The speech comes in conjunction with the kickoff of a White House campaign focusing on student debt, health care and the administration's agenda for creating economic opportunities for young people, as well as a report on the demographic.

The report by the Council of Economic Advisers, titled "15 Economic Facts About Millennials," outlines key statistics about the generation, noting its diversity, investment in human capital and trends in education and employment.

But the facts aren't all rosy. Young people may enjoy more labor market equality and greater access to health coverage than other generations did in their young-adult years, but "the recession still affects lives of Millennials and will likely continue to do so for years to come," the report states.

The report was followed by a White House release outlining Obama's "vision for continuing to build on the foundation we've laid for a strong, durable economy with secure middle class jobs." Charts and graphs — complete with youth-friendly emojis — detail the success of the Affordable Care Act thus far as well as plans to make education more affordable and other hot-button Millennial issues.

The push is an effort to draw younger voters, who historically have a much lower turnout rate in nonpresidential election years, to cast their ballots in midterm races that will determine which party gains control of the Senate.

The forecast doesn't look so great for the Democrats. A recent Gallup poll found that "turnout in the midterm elections this fall could be lower than in the past two midterm elections" due to low voter engagement. While the poll reveals that forecast to be true for both parties, low enthusiasm levels are particularly acute in the Democratic Party. Democrats are less enthusiastic than they have been in the last four midterm elections, Gallup reports, while Republican enthusiasm remains at similar levels to that of previous years.

Only time will tell if emojis can rally the enthusiasm Democrats currently lack.