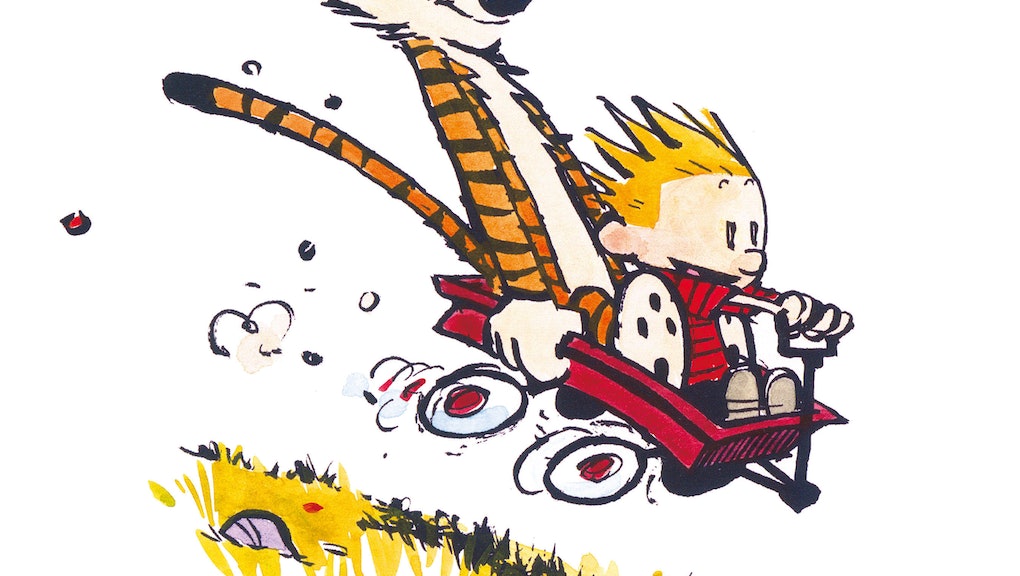 Based on Simple Calculations, Here's How Much Damage Calvin and Hobbes' Calvin Caused

That's about how much damage Calvin, from Bill Watterson's beloved Calvin and Hobbes comic strip, caused to his house over the course of the strip's 10-year run.

Matt Michel went through all of the Calvin and Hobbes comic strips in an attempt to calculate exactly how much damage Calvin caused, and recently published his report in the fake "Proceedings of the National Institute of Science."

Kids, especially precocious and imaginative ones left unsupervised, can cause a lot of damage, but $15,995.50 seems like a lot. So how does this all break down?

The calculations: Michel marked down every instance of property damage in the comic, though such damage had to be shown or explicitly stated rather than implied. He then searched prices of comparable items on Amazon, used J. Crew for clothes prices ("Calvin's mom seems somewhat fashionable," he writes) and a pair of home repair sites to estimate more structural damage.

Much of the resulting $15,955.50 came from water damage. Calvin floods the whole house during a 1986 storyline, causing the priciest fix of the series — $4,798.83, according to Michel. (Calvin pays a much steeper price, losing dessert privileges for a day.)

Other incidents include building a snowman in his bedroom, pushing the car into a ditch and disintegrating his father's binoculars. Interestingly enough, more than half of the total damage comes in the first year of the comic strip's existence, after which Calvin seems to cool off a bit.

The takeaway: It's mostly a whimsically data-driven analysis of one of the greatest comic strips in history, but Michel's report has some real-life application. As he notes, USDA estimates of the total cost of raising a child to 17 ranges from $226,800 to $264,600. That doesn't necessarily include damage caused  by indoor snowmen and car-pushing, though.

By holding up Calvin as a worst-case scenario, Michel writes that parents can expect a high-end estimate of $1,850.55 a year in (potentially hilarious and moving) property damage.

"In parenting, you have to take the bad with the good," he writes. "With a kid like Calvin, it's probably mostly bad. But even raising a Calvin has its good moments ... which are well worth the extra $1,850 a year."