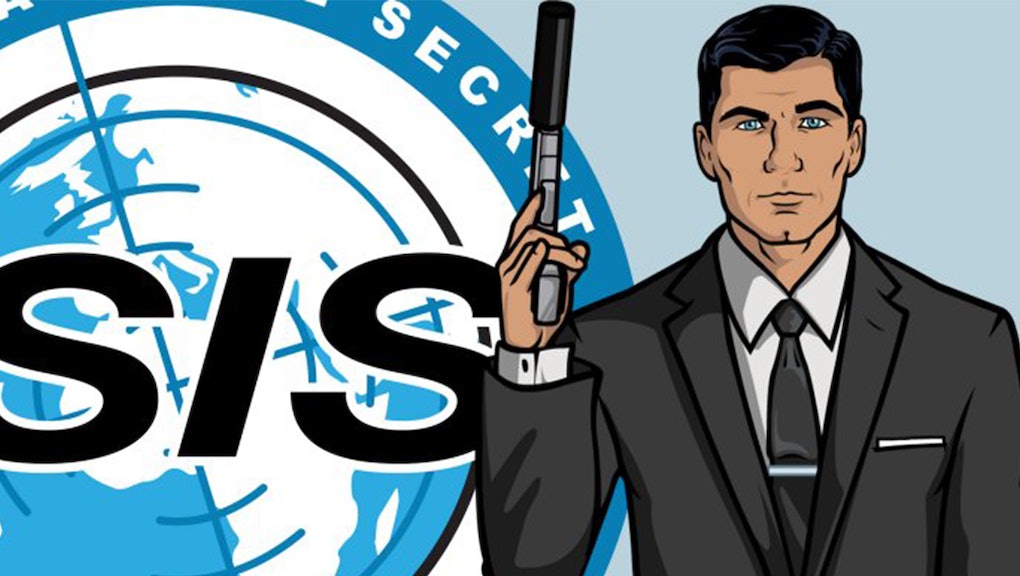 Archer's Spy Agency Is Changing Names Thanks to the Islamic State

In light of recent events, Sterling Archer and his fellow spies will be working for a new agency in the FX show's new season.

For obvious reasons, the name of the fictional spy agency ISIS now evokes the militant Islamic State terrorist group, rather than the hilariously bumbling spy team on Archer. In an interview with the Daily Beast, creator Adam Reed and executive producers Matt Thompson and Casey Willis discussed the rationale behind altering the show in light of what's happening in Iraq and Syria.

"We won't say ISIS anymore," Thompson said. "It's just the most awful thing, and we didn't want to have anything to do with it. There were people online saying that we should address it and say, 'Oh, I can't believe these guys have co-opted our name.' That's the way South Park would do it, coming after them and saying, 'These assholes stole our name,' but that's not the way the Archer universe works, where it's all our own creations. In our universe, they don't exist."

The change: There will only be a single reference to the name change. In a background of a scene in the season premiere, you'll see workers rolling a big circular ISIS sign offscreen. The agency, a bit of reworked dialogue explains, now answers to the CIA.

"We got sort of lucky and could organically make a merger with the CIA, so we went back and retroactively painted out the ISIS logos in parts of the show, and we just don't talk about it in dialogue," Willis told the Daily Beast. "We were waiting for it to go away — at least I was. Back in Season 5, FX said, 'This might be a thing,' and I thought, 'Maybe it won't be?'"

Background shots and dialogue weren't the only casualties, though. FX apparently has a ton of ISIS merchandise, with the fictional agency's logo on all kinds of cups, hats and other gear. It's unlikely that's ever going to sell.

IRL: Meanwhile, the real Islamic State is putting heavy pressure on civilian areas in Syria and Iraq, despite air strikes from the U.S. and its allies.

Kobani, a Kurdish town in Syria near the Turkish border, is in danger of being overrun by IS militants. The U.S. unleashed 45 airstrikes around the town, and Kurdish fighters have been defending it, but IS is still making headway, according to the New York Times.

Despite its proximity to the fighting, Turkey has so far refused to send troops to aid the town. It's a big blow for American forces, and a disheartening development for Kobani residents.

"[IS] very badly wants to take Kobani for the propaganda value," a senior Pentagon official told the New York Times. "Kobani hangs in the balance."