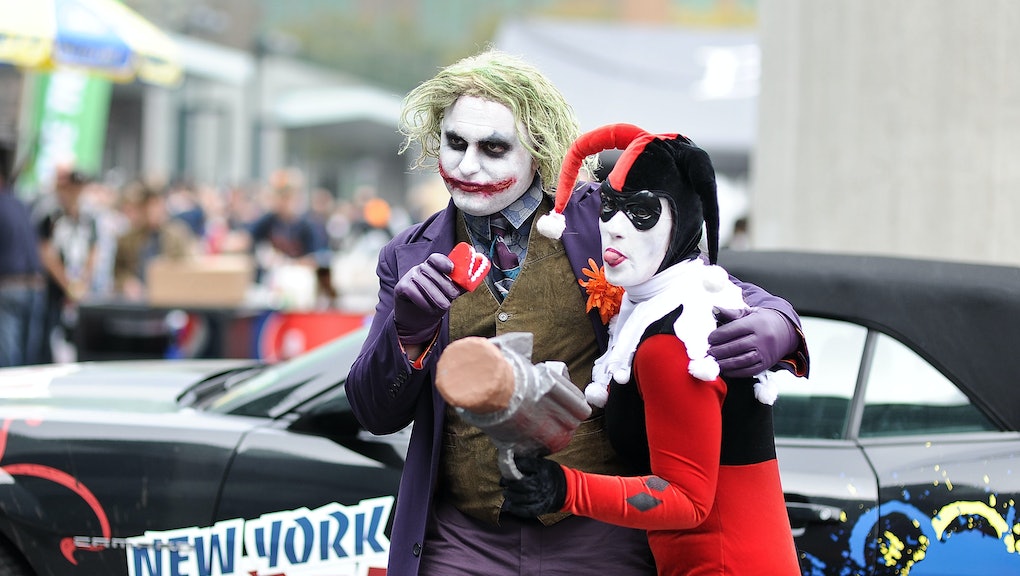 Organizers at New York Comic Con are doing their best to keep the geek gathering as safe a space as possible. Theoretically, that shouldn't be a problem, but you might be surprised.

Attendees at this weekend's festivities were greeted by a big sign telling them, in no uncertain words, "Cosplay is not consent." Those visiting in costume, a common occurrence at such conventions, were not to be touched or photographed without permission.

The policy: While these rules may seem obvious to some, harassment can be a serious problem that often goes unaddressed at conventions. For proof, take a look at Buzzfeed's roundup of the creepiest things cosplayers have ever heard, including real zingers like "I'd let you ride my all night long," "Can you open your cape a little more?" and "I don't even care that she's a furry, I'd hit that."

The sign isn't all New York Comic Con is doing this year, though. There's an extensive anti-harassment policy in place:

Any harassment can be reported through the convention's official app, which has its own dedicated tool for that purpose. If an attendee is able to stay in the area where the harassment occurred, a security team will come straight to them once an incident has been reported.

The reaction: The event's strong anti-harassment stand has been winning plaudits from attendees.

Reddit users on /r/comicbooks shared their own stories of harassment in response to the policy, as well as general comments in support. As user Teebocks puts it:

I'm really happy that NYCC was willing to take initiative in making it's attendees feel safe and appreciated and putting THAT before any worries of bad PR posting signs might cause. I'm even happier that they have been rewarded for their efforts with an extremely positive response on social media, and I sincerely hope other large conventions see the positive response and follow suit.

Given the reaction, it seems pretty likely they will.