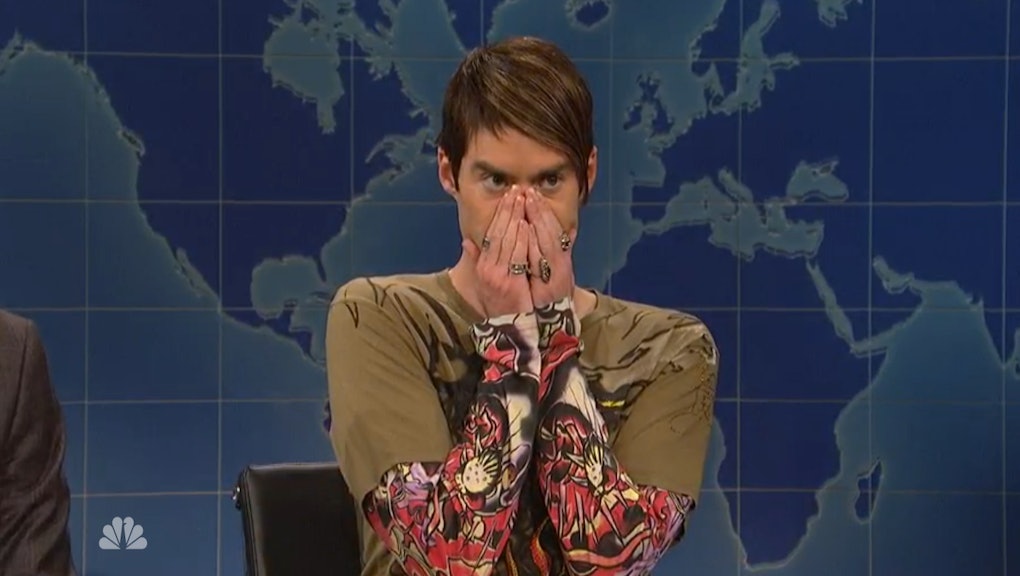 Hader's Stefon is one of the more popular characters of recent SNL seasons as the comedy show, in its 40th season, has faced criticism for declining quality. Stefon had a memorable exit from the sketch comedy show in May 2013 following an impromptu wedding to former Weekend Update host Seth Meyers.

When new hosts Colin Jost and Michael Che asked about Stefon's marriage to Meyers, Hader quipped: "He's at home practicing how to sit behind a desk."