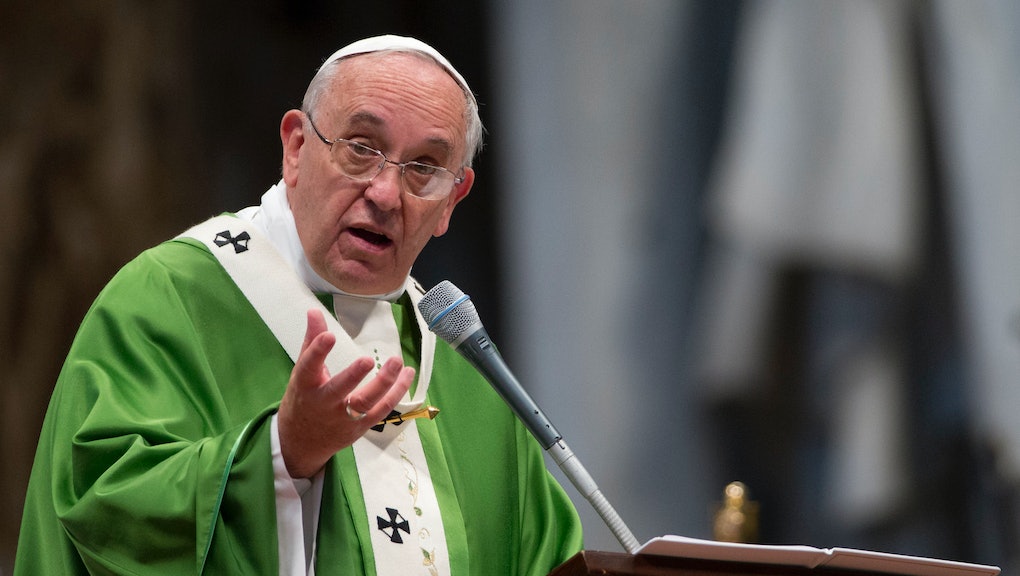 The Catholic Church said homosexuals had "gifts and qualities to offer" and asked if Catholicism could accept gays and recognize positive aspects of same-sex couples in a document released Monday.

The "Relatio Post Disceptionem" is the published discussion of the synod between Pope Francis and approximately 200 Catholic clergy. It will act as the starting point for a second synod next fall about whether to implement changes into Catholic doctrine. The document demonstrates the church's continued attempts to unshackle itself from traditional theological doctrine and become more modern, inclusive and arguably more Christian.

The Relatio posits the ethical and moral acceptance of "irregular" families; modern families under discussion included those of co-habitating or civil-unioned heterosexual as well as homosexual couples. While not the same as a heterosexual marriage, these relationships, the Relatio said, afford the "[possibility] to grasp authentic family values or at least the wish for them."

And while the church "affirms that unions between people of the same sex cannot be considered on the same footing as matrimony between man and woman," the document includes an explicit departure from extant church doctrine — the catechism — in its consideration of how the LGBT community can be included in the Catholic faith:

"Homosexuals have gifts and qualities to offer to the Christian community: are we capable of welcoming these people, guaranteeing to them a fraternal space in our communities? Often they wish to encounter a Church that offers them a welcoming home. Are our communities capable of providing that, accepting and valuing their sexual orientation, without compromising Catholic doctrine on the family and matrimony?...

"The document published today by the synod of bishops represents an earthquake, the 'big one' that hit after months of smaller tremors," John Thavis, author of the Vatican Diaries, said in a statement reported by the Huffington Post. "The document clearly reflects Pope Francis' desire to adopt a more merciful pastoral approach on marriage and family issues."

This "earthquake" will cause aftershocks throughout the Catholic community, and it is philosophically consistent with Pope Francis' statements reflecting the increasing compassion for and acceptance of gays into the Church.

"If a person is gay and seeks God and has good will," the Pope said last year, "who am I to judge them?"

"They shouldn't be marginalized. The tendency (toward homosexuality) is not the problem ... they're our brothers."