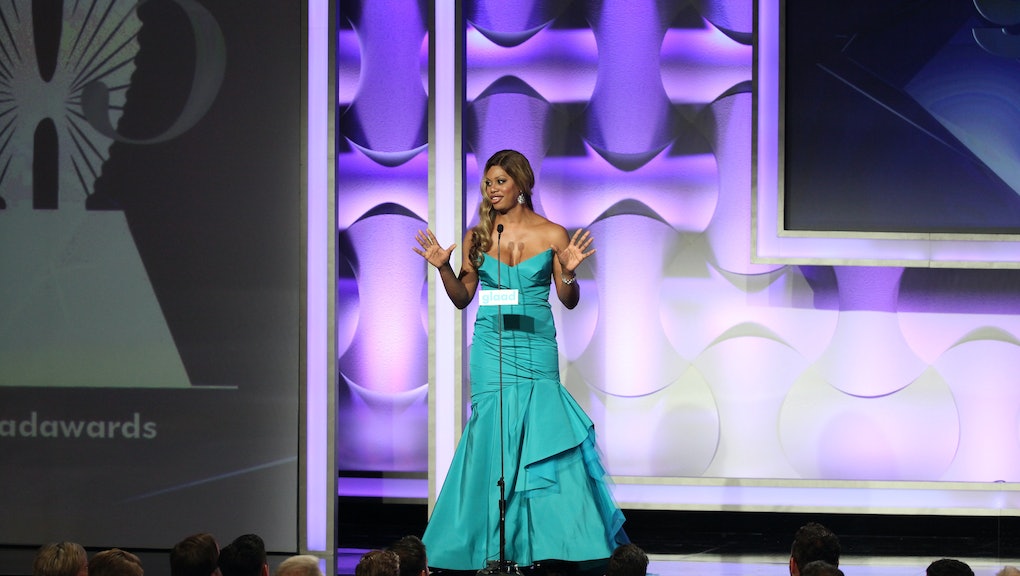 Who Has the Right to Tell the Stories of Marginalized People?

In an age of political correctness and the democratization of voices on the Internet, do marginalized people actually have a voice?

The question of who can speak for whom lies at the crux of the recent debate surrounding Jill Soloway's critically acclaimed Amazon series, Transparent, the story of how one family navigates their father Mort's gender transition to Maura. While Soloway has had affirmative-action hiring policies for trans people in place throughout the first season, from show runners to cast members to consultants (most notably trans activist and scholar Jennifer Finney Boylan), it did not include a writer who could articulate the trans experience from a personal perspective. This is something that Soloway explicitly plans to correct before season two goes into production. As she explained during this past Saturday's New Yorker Festival's "LGBTQ TV" panel, the show's writing team is collecting narratives from trans female writers, one of whom will be hired.

But not everyone believes this strategy is necessary.

Vulture reports that during the panel, Orange Is the New Black's creator, Jenji Kohan, criticized the affirmative-action hiring policy, stating, "I think great writers should write great shows, and I have trouble with, like, what you are in life shouldn't automatically make you what you do in your art. It doesn't necessarily translate."

Kohan and Soloway disagree on whether art can be divorced from the creator. But perhaps a more important question is who can, or should, speak on behalf those who are politically and socially marginalized?

"I wouldn't want a man to say, 'I can have a writers' room full of men and we can write women just fine,'" Soloway told Kohan. "I can't say that I can create a show about a trans woman and not have a trans woman writing for me. It's absolutely necessary, and it's gonna change the show."

There is no right or wrong in this situation. But it does elevate an important debate at the forefront of the burgeoning transgender rights movement.

No one person can speak on behalf of an entire community — Lena Dunham only joked about being "the voice of a generation" and received inestimable flack for it. But a number of trans-community leaders and icons also know that they cannot speak for the collective: There is no universal trans narrative. Janet Mock echoes this sentiment in her highly esteemed memoir, Redefining Realness, noting that all trans people share a handful of identifiable, similar experiences, but the rest is completely subjective:

"On the one hand, there are through lines, common elements in our journeys as trans women, that are undeniable. At the same time, plugging people into the 'transition' narrative (which I have been subjected to) erases the nuance of experience, the murkiness of identity, and the undeniable influence of race, class, and gender."

Likewise, gender outlaw and legendary LGBT icon Kate Bornstein, the subject of Sam Feder's 2014 documentary, has written about criticism she received from within her own community for appropriating certain identities — and not caring that she was inevitably criticized for her choices in her 2012 memoir A Queer and Pleasant Danger.

The transition from text to screen has been a bit trickier, largely because media production entails more hands than those of the writer in the creation of her memoir. While Kohan was lauded for her portrayal of Sophia's story in OITNB — Laverne Cox's twin brother was brilliantly tasked with playing Cox's character Sophia in flashbacks during the award-nominated season one episode "Lesbian Request Denied" — Soloway has been reprimanded for having Jeffrey Tambor play the transitioning Maura. Hence Soloway's very public overture about hiring a trans writer.

This is also precisely the premise of Laverne Cox Presents: The T Word, a 60-minute MTV documentary premiering this Friday. In an interview with Sarah Toce at the Huffington Post, Cox explains the necessity of having trans youth speak for themselves by giving them "a space to tell their own stories in their own terms."

"[A]t the end of the day when we tell our stories and we're truthful about our stories, that is how we connect as human beings. And so I'm really interested in connecting this group of young people with the audiences that'll be watching the show. Hopefully through that connection then we can begin to break down the misconceptions that people might have about people who are transgender... and really to just also diversify the visions that people might have of who transgender people are."

Having trans youth speak for themselves, reshapes the narratives around trans people, making the narratives more authentic and not necessarily politically correct. Because identity is about making oneself, and not others, comfortable. Giving trans people space to be visible lets them create and convey their humanity on their own terms. And, regardless of the means, it seems like both Kohan and Soloway can agree on the endgame.