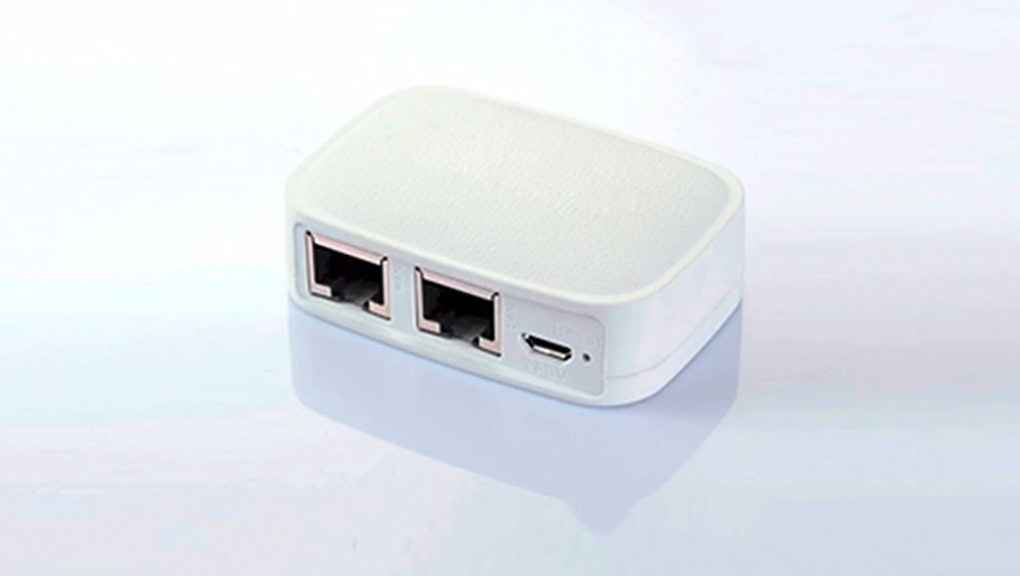 This Tiny Box Will Let You Stay Anonymous on the Internet

Update, 10/22 10:00 a.m. ET: After a major backlash, Kickstarter suspended Anonabox's campaign. As Wired reported, the router device was purchased off-the-shelf and with the intention of having its memory increased to accommodate Tor. Critics also called out creator August Germar for not adequately password protecting the device.

The news: From National Security Agency spying to governments blocking portions of the Internet in times of unrest, recent controversies have demonstrated just how little freedom we actually have online

But what if there were a way to stay hidden 24/7 on the Internet, free from detection and censorship?

Meet anonabox, a new Kickstarter project that promises to be "a networking device that provides anonymous Internet access and encryption, and helps to bypass censorship in places where access to the Internet is limited." By routing all Internet activity to the Tor network, the tiny device hides your traffic through other computers using Tor, making it nearly impossible to track you down.

The device, described as "a portable hardware condom" by Wired, is not a new concept, and plenty of computer-savvy people know how to get on Tor on their own. But anonabox makes the process simple and accessible to anyone — all you have to plug the $50 device into your computer and you're good to go. Also, the commonly used Tor browser bundle only encrypts data sent through its included version of Firefox, leading users to compromise their security without knowing it by using other programs at the same time. Anonabox fixes that problem by sending all traffic through Tor.

"Now all your programs, no matter what you do on your computer, are routed over the Tor network," August Germar, one of the developers of anonabox, told Wired.

And there's a political dimension to it. The developers behind anonabox have been very open about how the Arab Spring served as an inspiration for the device and how it can be used in repressive regimes by journalists and political activists to evade authorities. The design and functionality of anonabox have all centered on the idea of making it cheap, easy to use and easy to hide.

"It was important to us that it be portable and small — something you can easily conceal or even throw away if you have to get rid of it," Gemar told Wired. "This isn't just about making things easier for people who use Tor now, but also those who would like to use Tor but can't for whatever reason. Those are the people we want to help."

And clearly, the idea has resonated: In a matter of days, the Kickstarter campaign has already attracted over 3,500 donors and $225,000 in donations, considerably more than its $7,500 goal.

As long as government agencies and malicious hackers continue to throw caution to the wind with our data, it's on us to be more careful with our information. And as much of a pain as that might be, technologies like the anonabox may be the answers we're looking for.