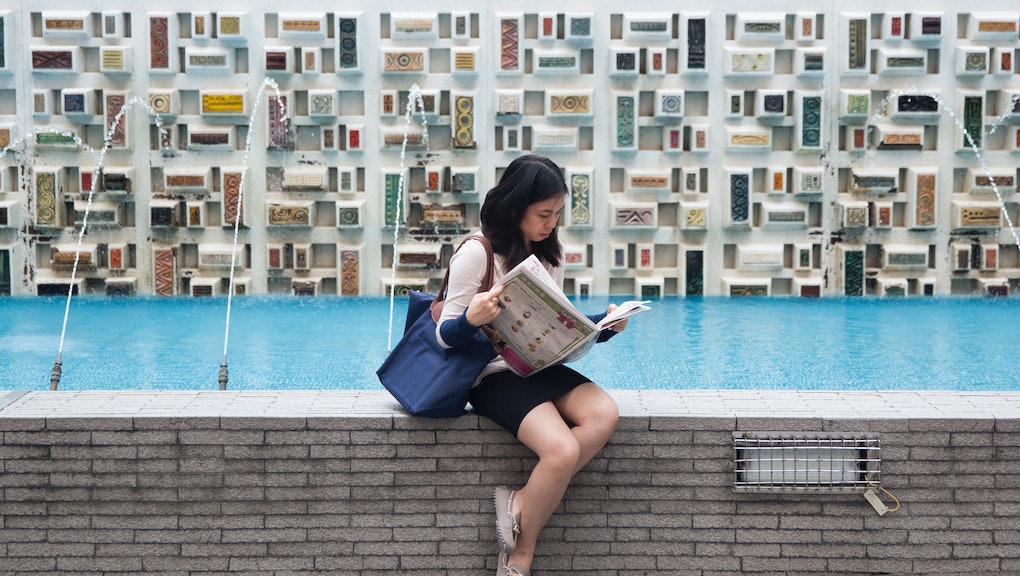 The news: A male suicide is fueled by anger and rage, but a female suicide comes from a woman's social state and relationships with others.

At least, these were the findings from a new Austrian study, published in the journal Sex Roles, that analyzed how leading Austrian media outlets cover suicide and how gender norms factor into these discussions.

The researchers at the Medical University of Vienna found that there was a big discrepancy between how male and female suicides were reported: While stories about male victims focused on their state of mind, stories about female victims discussed their mental health.

"Articles about suicide in women focus more on sociability, relationships with other people and motives that are anchored in the family environment. Psychiatric illnesses are also cited as a motive and are described in a stigmatizing manner," the researchers wrote in a news release. "More complex language and cautious expressions are also the hallmarks of articles about female suicide. In contrast, the articles about male suicide use more words that relate to anger and rejection."

What does this mean? While women's mental conditions are reported in a stigmatizing manner, male victim's mental health is not getting much attention at all. This kind of gender-normative reporting may prevent people, especially men, from getting the help they need.

"Mental illnesses are described in a stigmatizing way and are also generally underrepresented, since they are barely mentioned at all in reports about suicidal men," study leader Brigitte Eisenwort said in a statement. "This means that one key approach to prevention fails to register in the minds of Austrian readers. Psychiatric illnesses can be treated. The suicide risk can be reduced as a result."

As the study found, "the ratio of men to women who actually commit suicide is three to one, but with attempted suicides it is exactly the opposite — three women for every one man." And these gender norms might contribute to the skewed numbers.

Why this is important: This study is another example of how the media can perpetuate and even encourage harmful gender norms, especially when it comes to a sensitive topic like suicide. There is a reason why there is huge concern regarding copycat suicide, and why, in some countries, the media is banned from releasing the names of suicide victims as well as graphic details regarding incidents.

The onus is on reporters and publications to ensure that, in their zeal, they don't forget about their need to be sensitive to these matters — and that they don't further contribute to the problem.