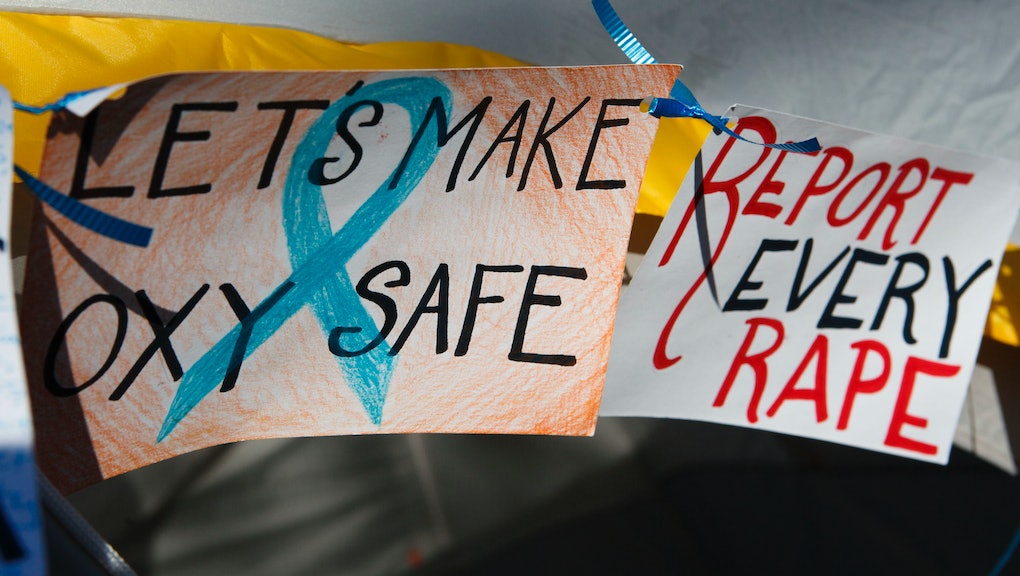 Sexual assault cases are rising at many universities. Strangely, that's a good thing.

Getting victims to come forward and getting schools to handle cases in a trustworthy way are two of the biggest challenges in addressing campus sexual assault.

According to the Huffington Post, experts say the rising numbers point to a rise in sexual assault reporting, not necessarily a rise in assaults. That means more women (and men) are coming forward about sexual assault, which means college initiatives and federal regulations may be working.

The numbers: This month marked the deadline for colleges to turn in their annual crime reports. These reports came under scrutiny a year ago, when 55 schools were accused of mishandling sexual assault cases. The penalty for underreporting is up to $35,000 an error, according to the Huffington Post.

The Huffington Post rounded up reports from plenty of schools, including those under fire for mishandling past cases:

Meanwhile, other schools, including the University of North Carolina-Chapel Hill and Amherst College, reported drops in sexual assault cases.

The bigger picture: Analysts estimate that as many as 1 in 5 women are sexually assaulted during their time at college. That's not to say that every school should divide its female student population by five and use that as a benchmark, but it helps show why 11 sexual assaults in a year is likely to be an underrepresentation.

Similarly, the Rape, Abuse and Incest National Network estimates that 60% of sexual assault cases go unreported. While past mishandling can dissuade victims from coming forward, increasing numbers may create a cycle — the more students report, the more others feel comfortable doing the same.

With that in mind, we can all hopefully look forward to a time when we're celebrating a drop in cases rather than the other way around.