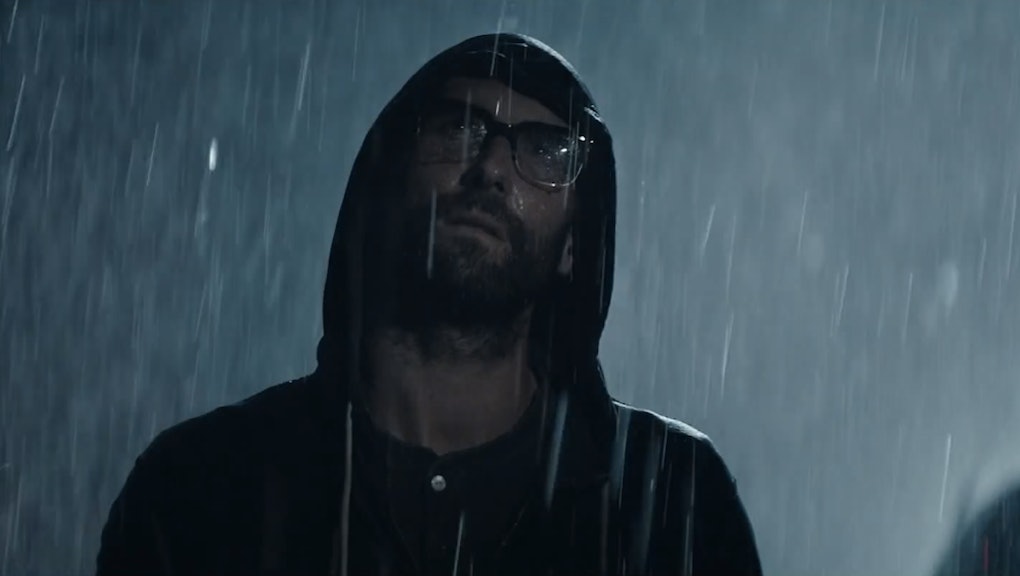 Rape culture has seeped into nearly every institution in the most insidious ways. It's in schools, workplaces, movies and even what's on the radio.

Music is widely acclaimed as a universal language. But it's clear that in an industry mostly run by men, the message is primarily music that positions men as owners of women, objectifying them to the point of being seen as less than human.

Take Cee-Lo Green's recent legal troubles over rape allegations, for example. The singer and judge on the hit TV show The Voice recently shared on social media a disturbing perspective that demonstrated his limited understanding of what rape is:

As Liz Plank wrote at Mic, being with someone doesn't imply consent, and being with someone who drugged you without your knowledge doesn't imply consent, either. And the unfortunate logic that belies such a viewpoint centers on the entitlement some men feel they have to women's bodies, regardless of how often she says no and without respect for her ability to have a say in the situation.

Music lovers everywhere should remain critical of the artists and genres they enjoy and not allow their love of a particular beat, hook, sound or artist to overshadow the problematic messages in a song. Here are a few popular songs that show how entrenched the logic of rape culture is within the music industry, and how some of the most celebrated acts are part of the problem.

In what was widely panned as a "rapey" video, Robin Thicke was so delusional about a song that undermined a woman's right to consensual sex that he said he "started a feminist movement" because it stirred a conversation about female sexuality. Yeah, for all the wrong reasons.

With lyrics such as "I know you want it" and a video that featured a bevy of naked women apparently in a state of intense inebriation, the song conceptualizes consent as a "blurry" idea. In fact, it's really not that difficult: "No" means no, and "yes" means yes. Consent should be enthusiastic and freely given, not something taken by offering controlled substances or coercive come-ons that tell a woman what she "wants" without giving her a say.

This classic song is played every holiday season on radio stations and in stores across America, and it's typically heralded as a celebration of love and romance in the wintertime. It's far from it.

In this scene from the 1949 film Neptune's Daughter, it's clear that the woman is protesting the man's persistent advances. But he will stop at nothing until she gives in and stays with him, offering drinks, grabbing her as she tries to leave, reminding her that it's cold outside and even guilt tripping her: "What's the sense of hurting my pride?"

And in what's easily the most disturbing moment, she takes a sip from the beverage, frowns in disapproval and asks, "What's in this drink?" only to be ignored by the so-called gentleman. It's implied that he may have spiked the drink with alcohol or a date-rape drug. This is not how any man should take "no" for an answer.

The song and its music video display a man so obsessed with a woman he resorts to stalking, a clear invasion of privacy, in some strange attempt to display his unbridled desire.

As Jared Keller wrote at Mic, this video might be a catchy anthem, but it's disturbing: "His stalking too closely recalls the experiences of female undergrads at Columbia University, who are fighting an uphill battle with the administration to take sexual assault seriously; his voyeuristic photography too closely reminds us of the recent spate of celebrity nude leaks and the sexual threats suffered by women everywhere when they speak out against misogyny, online and off."

There are many ways to interpret this song, but it was almost undeniable that the song contains a sour endorsement of rape once the now-scrapped music video was leaked to TMZ. And what's worse is that the song features a collaboration with R. Kelly, an alleged rapist, and the video includes Terry Richardson, a renowned Hollywood photographer who has faced multiple allegations of sexually abusing his models, many of them underage.

The scene from the video shows R. Kelly injecting Gaga with some "medicine," after which a bunch of people crowd around the incapacitated Gaga and have their way with her while she's unaware. It's an unfortunate reinforcement of date rape and undermines consent.

The song's main artist doesn't step into problematic territory with his rhymes; it was Rick Ross's contribution that drew the ire of listeners. His verse's apparent bragging about date raping a woman after a night on the town even lost him a lucrative endorsement deal. The track's title, "U.O.E.N.O.", is an acronym that symbolizes "you don't even know," and Ross added his own disgusting tie-in to the theme.

This may sound like a sweet love song, but take a closer listen to the lyrics for some ultracreepiness that's nowhere close to being romantic.

"Oh I watch you there through the window. And I stare at you. You wear nothing but you wear it so well, tied up and twisted, the way I'd like to be," comes through at the end of the song, not long after he sings "Hike up your skirt a little more and show your world to me."

The song itself appears to be written from the perspective of a peeping tom, who has made a woman the object of his desire and affection. While this may be seen as "love," there's nothing sweet about invading another person's privacy — read: without their consent — out of your voyeuristic desire to be moved or aroused by the sight of this person.

In interviews about the song, Sting has said that it was written while he was in the middle of his first divorce. "I think the song is very, very sinister," he said, acknowledging the elements of coercion, entitlement and unrequited love very present in the song — in addition to the stalking.

Thankfully, Sting gets it and understands the messy emotions on display in the song, which reveal a logic that underpins rape culture: viewing women as property and violating their autonomy.

"Every single day, every word you say, every game you play, very night you stay, I'll be watching you," he sings. And as for the bridge? It doesn't matter that she's gone because, in his mind, she's his. "Oh can't you see, you belong to me?"

Serge Gainsbourg's body of work, even after his death in 1991, has him revered in France as an artistic hero. But in what's perhaps one of the most disturbing songs and music videos ever recorded, he sings a song about the forbidden love between a father and his daughter — and sings it with his own 12-year-old child, Charlotte.

He sings to her, "Your kisses are so sweet," to which she replies, "The love we'll never make together, is the most beautiful, the rarest, the most disconcerting."

To be clear, this is rape. Charlotte is underage, her body is still developing and she's not old enough to consent to sex — let alone to a man who is supposed to be taking care of and protecting her. But that doesn't stop many adults from taking advantage of younger children who don't have a chance to sexually develop without being violated by people who should know better.

Nothing screams male entitlement and objectification more than blatantly asserting "tonight, I'm fucking you" to a woman on a dance floor.

That's what we get in Enrique Iglesias's 2011 hit song, titled "Tonight, I'm Loving You" to keep it radio friendly. There's even the assumption, yet again, that a man "knows she wants it," the very line that leads off the entire song. It's pretty clear that all he wants is sex, because apparently she "knows his motivation, given his reputation."

Although the song's title could be seen as a man being extremely forward, it's simply not OK for someone to assume what a woman wants or to assert their sexuality in a way that doesn't allow a woman to freely consent.

In recent weeks alone, a number of women have been attacked or killed by their significant others because they dared to leave them. It's a common occurrence that keeps many women trapped in a cycle of domestic violence, especially when few resources are available to help them safely move on with their lives.

But in one song recorded by The Beatles, which isn't nearly as popular as "All You Need Is Love" and "Let It Be," the idea of women as possessions is on display. If a man can't have the woman he wants, he can ensure that no one else ever will by killing her:

Both elements of rape and anti-black misogyny are clear in the song "Brown Sugar," which opens with a verse that shares a story about a slave master abusing and raping underage black women, who are slaves. There's a catchy chorus with a sensory analogy to the sweetness of brown sugar, but one can hardly divorce the food itself from the women being sung about in the first verse:

The other two vignettes in the song delve into themes of forbidden love: a wife and a houseboy and a mom with teenage schoolboys, the latter of which adds the problem that young men aren't of consenting age. Overall, the nature of this song makes it seem a white guy in rock 'n' roll is amused with the idea of having what was considered at the time as forbidden sex with a black woman.

It's not just forbidden due to racial stigma: It's an egregious example of rape.