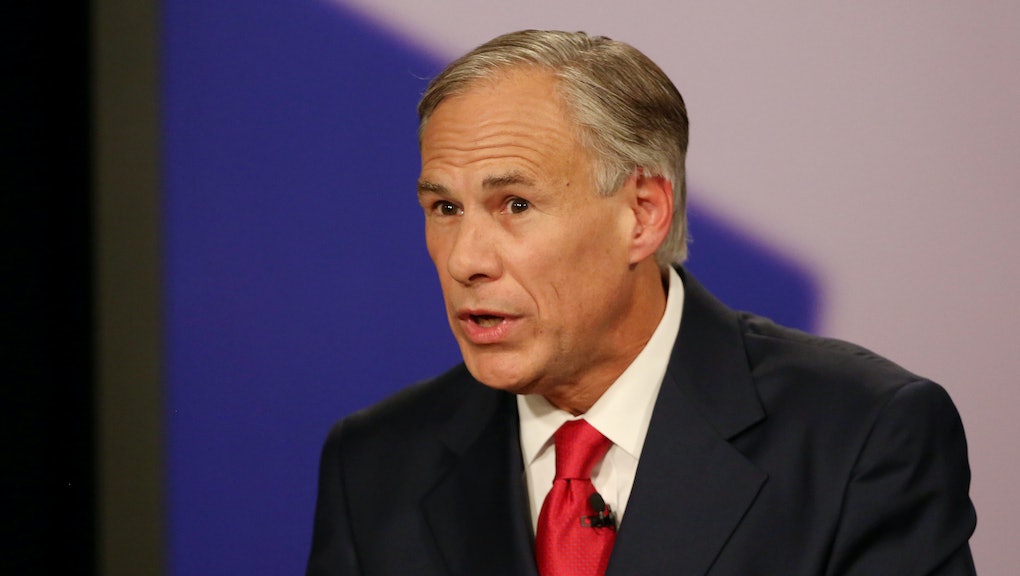 Greg Abbott, Texas attorney general and a Republican gubernatorial candidate, is all but assured to become the Lonestar State's next governor in November. In the meantime, he's spending his time defending the state's ban on gay marriage — with two completely contradictory justifications.

In a brief Abbott filed Friday with the Fifth Circuit Court of Appeals, he argues that Texas' same-sex marriage ban would help to decrease unplanned out-of-wedlock births while simultaneously ensuring "the survival of the human race." He urged the court to consider his argument under the "rational basis" standard, which states that the government has a reasonable interest in enacting the law.

In fact, Abbott thinks the "societal benefits" that opposite-sex marriages provide to the state are substantial enough that it is "rational for the State to subsidize" them, MSNBC reported.

What the brief fails to provide, however, is any evidence that opposite-sex marriages result in more children overall, or that there's a correlation between gay marriage bans and a decrease in unplanned pregnancies. Abbott's argument ignores the possibility of heterosexual couples who opt not to have children or who are unable.

Statistics directly contradict Abbott's assertion that the state's marriage ban is "channeling procreative intercourse into marriage," according to MSNBC. Data from the Center for Disease Control found the rate of births out of wedlock in Texas was 2 percentage points higher than the national average in 2012.

Maybe if Abbott looked further than babies, he'd notice the societal benefits that same-sex marriage can spur, which are, in fact, mentioned in his court filing. Salon reports that Abbott conceded "marriage equality could increase household wealth and provide a stable environment for the children of same-sex couples."

With the legalization of same-sex marriage in 16 states in the past week alone, it's unlikely Abbott's argument will gain much traction – especially if he's arguing on the "rational basis" standard.