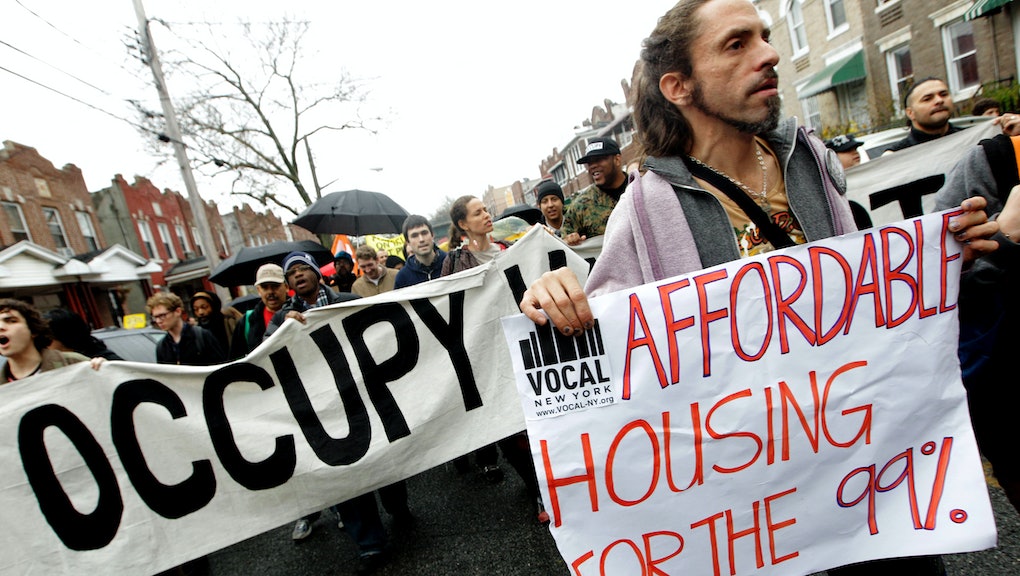 Here's How Insane Inequality Has Become in the U.S., in One Stunning Chart

Gates, one of the richest individuals alive, wrote on his blog on Monday that he agreed with Piketty's assertion that income and wealth inequality are bad — but that the current economic situation in America is not nearly as bad as Piketty claims it to be.

"I fully agree that we don't want to live in an aristocratic society in which already-wealthy families get richer simply by sitting on their laurels and collecting what Piketty calls 'rentier income,'" Gates wrote. "But I don't think America is anything close to that."

"Contrary to Piketty's rentier hypothesis, I don't see anyone on the list whose ancestors bought a great parcel of land in 1780 and have been accumulating family wealth by collecting rents ever since," he added.

We'd like to direct Mr. Gates' attention to this graph. If you had any doubts as to the concentration of American wealth, look no further than this graph from a new working paper by economists Emannuel Saez and Gabriel Zucman, past collaborators of Piketty's:

For more on inherited wealth inequality, you can watch this thoroughly demoralizing explainer, courtesy of Vox's Ezra Klein:

As Klein points out, the Walton family of Wal-Mart fame is a prime example of how inherited wealth keeps vast fortunes among a select few: The family's combined wealth equals that of the bottom 42% of Americans combined.

We'll see if Gates can explain that one.