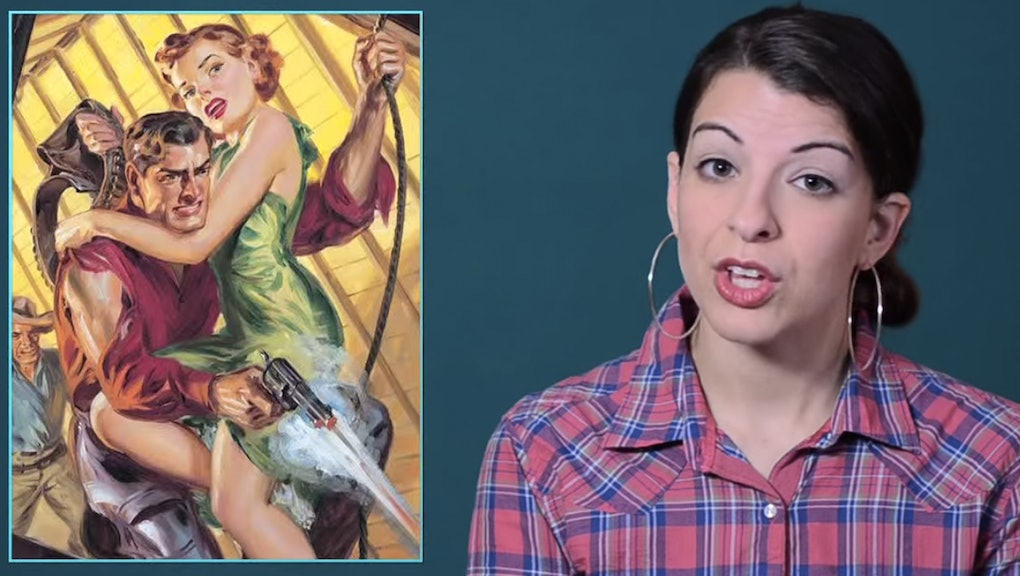 The news: On Tuesday, Anita Sarkeesian, the host of the YouTube series Tropes vs. Women, was forced to cancel a speaking gig at Utah State University after university staff members received an anonymous email promising "the deadliest school shooting in American history," because "feminists have ruined my life and I will have my revenge, for my sake and the sake of all the others they've wronged."

And this is just one of the latest violent threats against women who speak out about the gaming community.

But perhaps the most disturbing part of this incident is that this is far from the first threat on Sarkeesian's life. Previous events that hosted Sarkeesian have received similar warnings of shootings and bombings, and back in August, she was forced to flee her home after receiving specific threats that listed her home address and details about her family.

So why is Sarkeesian being attacked? For a simple, innocuous reason: She pointed out sexism in gaming and the surrounding community.

Since she started a Kickstarter campaign in 2012 to fund Tropes vs. Women, Sarkeesian has been dealing with online harassment. The YouTube show has previously discussed how female characters are portrayed as reductive stereotypes or subject to casual acts of sexual violence to make the game feel more dangerous or to make the male villains appear more vile.

"These women and their bodies are sacrificed in the name of infusing mature themes into gaming stories. But there's nothing mature about flippantly evoking shades of female trauma," Sarkeesian says in one of her videos. "It ends up sensationalizing an issue which is painfully familiar to a large percentage of women on this planet, while also normalizing and trivializing their experiences."

While there has been legitimate criticism of Sarkeesian's work, including from female gamers, that she provides an outsider perspective of the gaming community and has some inaccuracies in her videos, the fact remains that death threats have no place in a civil discussion, and such actions simply serve to underscore Sarkeesian's point that we need cultural conversations about sexism in gaming.

But she isn't the only target. For those who have not been following #GamerGate, it began back in August when an indie developer named Zoe Quinn was falsely accused by her ex-boyfriend of sleeping with journalists for favorable reviews. It quickly spiraled into ugly sexist attacks and threats on Quinn's life. She, like Sarkeesian, had to flee her house after receiving specific rape and death threats.

And the latest target has been Brianna Wu, another female indie developer who tweeted some memes mocking #GamerGate. The response? Doxxing of her home address, and threats against her and her husband, which have forced them to flee their home.

"I am not going to get bullied out of this industry by some people that are this threatened by women that just want to sit here and make video games," Wu told CNN. "It is ridiculous."

This is absolutely about gender. These blatant examples of sexism and threats of violence can no longer be ignored. When a woman is violently threatened for simply pointing out troubling aspects of a community, that community as a whole must examine how it can be a safer environment for all of its members.

Just as Sarkeesian and others critique the gaming community, it's completely fair for their work to be critiqued in return. But when these discussions escalate into terror threats, it's not really a discussion anymore.