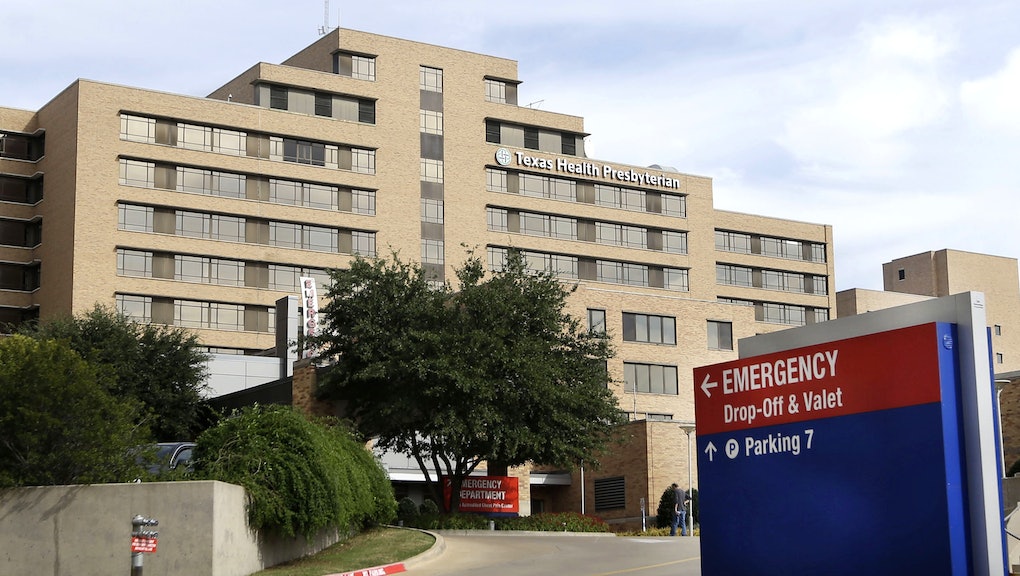 A Second Dallas Health Care Worker Has Been Diagnosed With Ebola

The patient reported having a fever Tuesday night and was immediately isolated, according to state health department spokeswoman Carrie Williams. The number of people the patient could have come into contact with is low, as the disease is only transmitted when a person shows symptoms. As CNN points out, less than a day passed between the appearance of symptoms and the patient's isolation. Dallas Mayor Mike Rawlings said Wednesday that the unidentified patient lived alone and had no pets.

The diagnosis comes just days after Nina Pham, another nurse who treated Duncan, became the first confirmed case to be contracted in America.

"Health officials have interviewed the latest patient to quickly identify any contacts or potential exposures, and those people will be monitored," CNN reported the health department as saying.

The second diagnosis will all but surely fan the flames of criticism for Texas Health Presbyterian Hospital Dallas, which has been thrust into the spotlight since the country's first Ebola patient, Duncan, arrived to receive treatment. It's still unclear how Pham became infected, as health officials said she wore protective gear while caring for Duncan.

National Nurses United, the largest nurse's union in the country, heavily criticized the hospital Tuesday for its lack of preparedness for the situation, while also cautioning that the rest of the country may be in the same boat.

"The protocols that should have been in place in Dallas were not in place, and that those protocols are not in place anywhere in the United States as far as we can tell," the organization's executive director RoseAnn DeMoro told CNN. "We're deeply alarmed."

Meanwhile, President Barack Obama said Tuesday that "the world as a whole is not doing enough" to stem the Ebola crisis. The World Health Organization estimated that as many as 10,000 new cases per week could appear by early December if the outbreak isn't contained.

The disease has already killed 4,447 people, the majority of which lived in West Africa. If the onset of disease isn't stopped soon, the global community could "face an entirely unprecedented situation for which we do not have a plan," UN Ebola mission chief Anthony Banbury said.