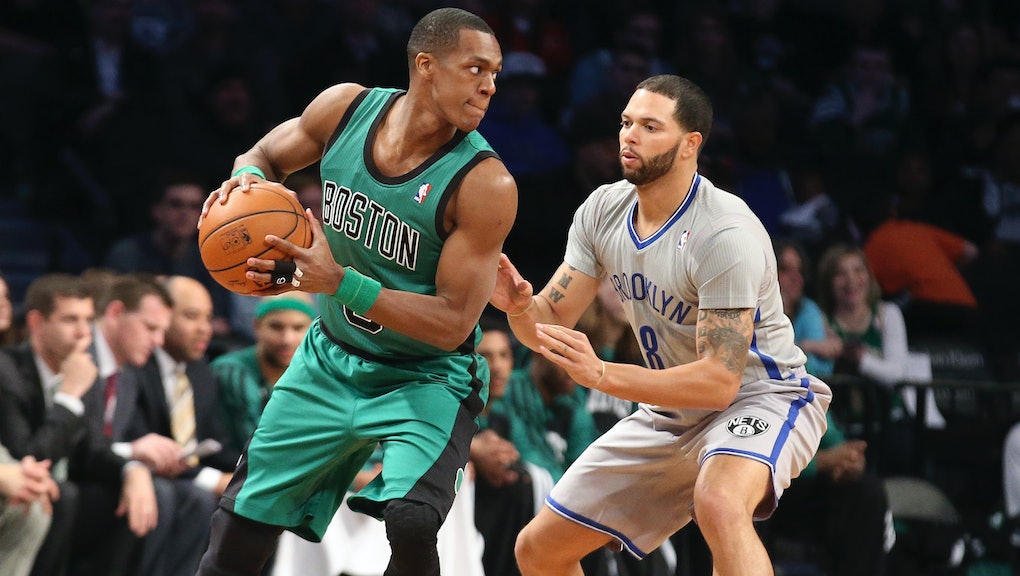 Between the back-and-forth scoring and the long regular season, viewers may not place much importance on individual NBA games. Or, much to the chagrin of big fans, they say you only really have to pay attention to the end of games.

The league is running an experiment to combat that mindset: When the Boston Celtics and the Brooklyn Nets play Sunday, the game will be 44 minutes (compared to the usual 48). It's a preseason game, so the outcome won't affect the standings.

The background: The NBA has had 48-minute games since 1946. But the actual length of games, including stoppages, has grown longer and longer thanks to everyone's favorite part of sports broadcasts — commercials.

Length is a problem for many of the major sports in the U.S., and it's one area where the NBA would seem to have an edge over competitors like the NFL and MLB. The average baseball game lasts about three hours with about 18 minutes of action, while the average football game lasts even longer and features just 11 minutes of actual playing time.

In a year when the NBA is looking to be on pretty solid footing — its teams are worth more than ever and it just started a massive new TV deal — playing with keeping game time down could be a way to ensure competition against the massively popular NFL in the foreseeable future. Don't like sitting for more than three hours while players hurt each other for 11 minutes? Come see 44 (or 48, or whatever they settle on) minutes of action and still have time to go grocery shopping and fall asleep at a reasonable time!

It's also worth nothing that FIBA games are just 40 minutes long, and as the NBA looks to make a more international push, don't be surprised if a 44-minute option is just a stopgap toward ultimately hitting 40 minutes (though that's a long ways away, if it even ever happens).

The challenges: One big obstacle to shortening games is the NBA's own history. Since games have been 48 minutes for so long, shifting to 44 minutes would create a discrepancy in statistics and historical comparisons.

That hasn't stopped the league before: Remember, the shot clock wasn't introduced until 1954, 3-point line until 1979. But a shorter game would make it harder to compare statistics of today's players against those of past players like Wilt Chamberlain, who averaged 48.5 minutes a game one season.

Some fans will say if the NBA wants to shorten the time of games, they should get rid of some commercials instead of playing time. Given the league's new TV deal, and the seeming inevitability of jersey advertisements, that's probably a nonstarter. If anything, it's possible this experiment is a move to keep the program the same length while including more commercials.

So sit back, relax and enjoy the NBA's new experiment — all 44 minutes of it.