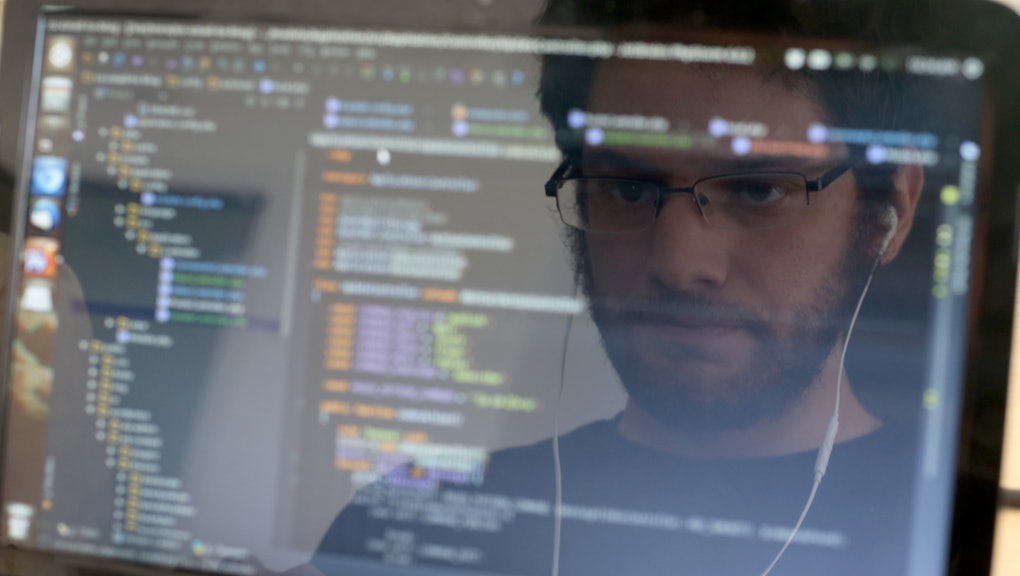 Investing in your programming skills could yield a 208% better return on investment than attending a top-tier college.

It’s a road to achieving the American dream that hasn’t always been there. But now, there's a slew of companies that teach beginners to code and engineering skills are in hot demand. In an interview with Mic, Allan Grant, the co-founder of Hired, a $2 billion-plus marketplace where companies compete to hire talented developers, explains what’s happening in the market, what it means to build with code and why becoming a software engineer is different than you think. His story — arriving in the U.S. as a young kid, learning how to program and becoming a serial entrepreneur — illustrates how the route to a successful career is changing.

College is an unmatched experience with incredible benefits. It’s a strong pathway to success. However, new routes are also opening up. The money one can earn — and what one can build — by learning to code is eye-popping. Let’s take two members of the same high school graduating class. Student A goes to Harvard University. Over 30 years, his return on the Harvard degree is $1.33 million, according to PayScale. Student B attends a one-semester coding boot camp in San Francisco, takes an unpaid internship for the rest of the year and gets a $60,000 entry-level job as a developer. Over the same time period, her return would be $4.16 million (assuming a 4.5% annual salary increase, subtracting for the cost of the bootcamp and living expenses in San Francisco for a year and adjusting for inflation). Student B makes a 208% better investment than student A.

“What you’ll start seeing is that a lot of these advanced engineers will be competing to learn the latest technologies, programming languages, and they’ll have the most mobility,” says Grant. New developers will take still-attractive junior positions. “I’m not sure in the near term there’s ever going to be a short supply.”

Grant’s own story shows the value of learning how to build with code. Grant was born in Eastern Europe and his father started one of the first private businesses in the Ukraine, following the collapse of the Soviet Union, he says. Grant (pictured left) began learning computer languages and later went to Georgia Tech (to study computer science, the traditional way). One night as a sophomore, when he was unsure of what he wanted to do, he remembered his childhood dream of building something of his own one day. He realized he had the knowledge to do it on his own, with code.

Grant became a serial entrepreneur. Midway through college, he founded Webmasters International (2004) and later co-founded 3L Systems (2008) and CureBit (2010). (He co-founded Hired in 2012). Grant developed Hired’s initial platform in three successive all-weekend coding sessions before taking off for Burning Man. Grant and his co-founders recruited 85 developers at the festival and the company took off from there. Hired recently expanded its offices in New York and Grant, along with his co-founders and growing roster of employees, are striving to become the marketplace for developer talent.

There are a growing number of companies teaching people how to code and students who want to learn how, and Hired is well positioned to capitalize on the trend. CodeSchool, Hack Reactor, CodeUp, MakerSquare and others promise to teach the skills necessary to land a job in the equivalent of one semester. Many of them, like Hack Reactor, boast a 99% job placement rate for graduates and an average salary of $115,000. Other services, like CodeAcademy, which walk you through coding projects step-by-step, are free.

Image credit: CodeAcademy. CodeAcademy walks users through a series of exercises to teach them how to code. Here, it’s teaching a user JavaScript.

“A lot of people who graduated boot camps … with a couple years of experience, they’re competitive with top computer science undergrad majors,” says Grant. “And what we’re seeing now will continue to feed that loop. That it works.”

Grant insists that it’s never too late to make a move.

“One time I was at a festival campout and this guy is there playing guitar, beautifully,” he says. “He must’ve been 70 years old and I’d always wanted to play guitar since my early 20s. But I’d always thought that ‘Man, I would start, but it’d be too late to play guitar [really well].’ I went up and said, ‘You must’ve been playing your whole life.’ ‘Nah,’ he said. ‘I started playing [when I was 65].’”

The moral of the story: “Everyday, you're not going to be that good. But you're always going to be better the next day,” Grant says. “It's never too late to start anything.”