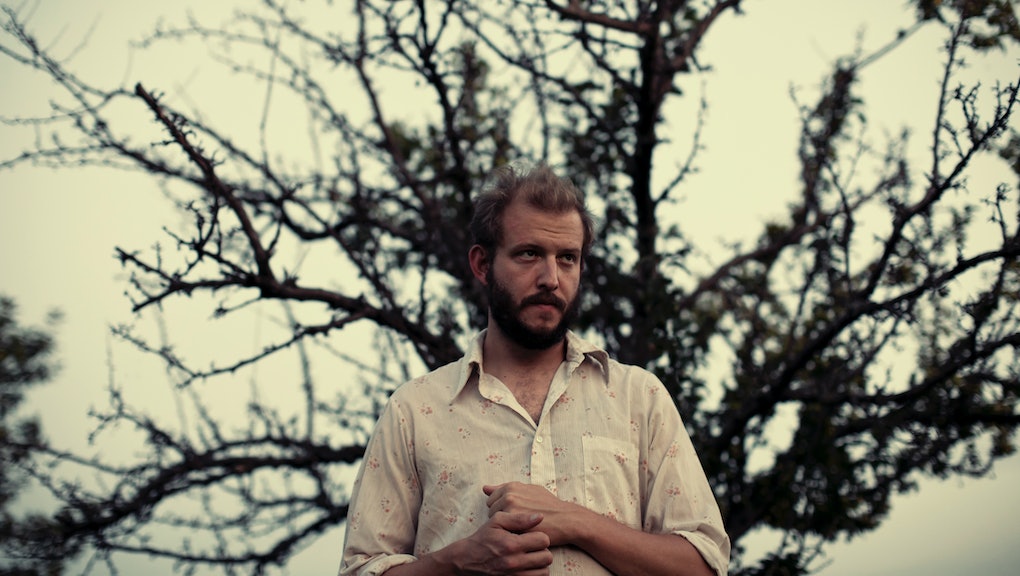 What on Earth Is Autumnal Music?

If you hadn't noticed, fall is in the air. Football is happening. Halloween costumes are happening. Pumpkin spice latte jokes are happening. Most importantly, though, the "song of summer" debates have ceased happening (Iggy Azalea won), which means only one thing: people are starting to describe music as "autumnal."

"Streamside" by The Album Leaf

Everybody's favorite study music doubles as autumnal music, largely because Jimmy LaValle mumbles so insistently that it's nearly impossible to understand him.

There has never been a more hushed sound than Drake's fingers on this acoustic guitar.

"Girl From the North Country" by Bob Dylan

Ostensibly about a girl, this song is really more about the North Country as it turns to winter than anything else.

Even if there weren't a video of Josh Ritter performing this song in a room that is the physical embodiment of autumn, this beautiful song would be on the list.

Autumnal music seems also to be the most lo-fi music there is — you can hear the crumbling sounds.

"We Are Nowhere and It's Now" by Bright Eyes

Speaking of Nebraska, Conor Oberst is from there. Oberst also reigns in all things rootsy and sad — it's unclear if there ever was an autumn without him.

"Omaha" by the Counting Crows

"Bridges and Balloons" by Joanna Newsom

This song is sadly not available on Spotify, but Newsom's reedy voice and delicate arrangements are dry as a cracking leaf.

"Call Me On Your Way Back Home by Ryan Adams

It's easy to feel autumnal listening to any Adams song — he just wears that much denim above the waistline. But "Call Me On Your Way Back Home" has an unusually large number of hushed moments where you aren't sure whether or not it's ended — a hallmark of the most autumnal music.

Banhart is generally at one with the world on this track, which also sounds like it was recorded on a guitar made from an apple crate.

This song is autumnal for approximately 15 trillion reasons. First, American Football's band name. Second, it's about breaking up in the autumn, maybe after a summer fling.

And reasons three through 15 trillion: if autumn were a person, it would be American Football singer Mike Kinsella:

"Naked As We Came" Iron & Wine

Here's the thing about Iron & Wine primary Sam Beam: He whispers all his songs! There's nothing more autumnal than that.

"In An Aeroplane Over the Sea" by Neutral Milk Hotel

Sure, this song is about good old-fashioned summer love, but that opening guitar part is essentially the soundtrack to an autumnal panorama in a Midwestern tourism ad.

"The Shaking of Leaves" by Into It. Over It.

"She Loves Me So" by Anthony Green

Like "Aeroplane," this song is technically a love song, but it's musically one of the most autumnally placid things Green (who also sings in Circa Survive) has ever penned.

This is more than just an obviously autumnal title — between the acoustic guitar, the pizzicato violins, the brushed drums and the croaking voice, this is as autumnal as they come.

"Sons and Daughters" by The Decemberists

Though the name "Decemberists" evokes December (which is not a fall month), the band actually means to refers to a Russian revolution. This is a relief because the band, clearly, is the Great Pumpkin of indie rock groups.

Last sunken-eyed acoustic-guitar white dude here, but if Mark Kozelek's voice were a thing, it would be a massive oak tree with all its leaves falling off.

"Love is All" by The Tallest Man on Earth

Actually, this is the last sunken-eyed acoustic-guitar white dude, because if Kristian Matsson's voice were a thing, it would be a dead, crunchy leaf fallen from Mark Kozelek's oak tree.

Among this song's plentiful wood instruments is a set of lyrics featuring a wind/breeze metaphor. Can you find it?

The ultimate autumnal band. Scarves, sweaters, videos filmed in cabins — Death Cab for Cutie are some truly cozy dudes. Ben Gibbard probably smells like pumpkin-scented wax and pine from the Fourth of July through Valentine's Day. The only reason "Brothers" gets Death Cab's playlist spot is that in the first verse alone, it knocks out eight autumnal prerequisites. That said, it probably wouldn't take long to find another Death Cab song with more.

Did we skip your favorite autumnal songs? Probably! Tweet or email the author with your gently worded suggestions.