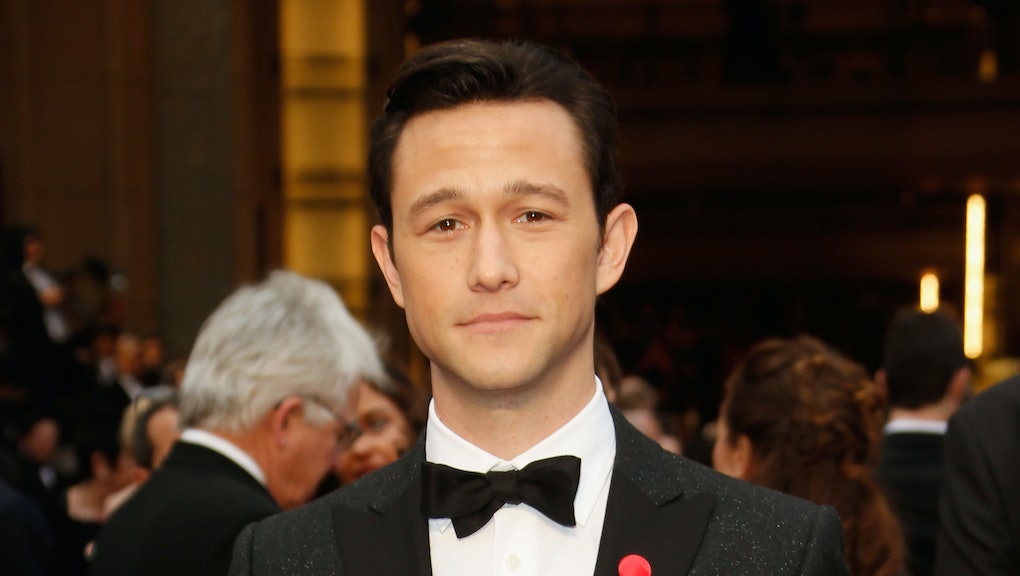 So You Want to Be a Male Feminist? Here Are 11 Simple Rules to Follow

These are a few of many male celebrities who have recently come out as feminists. Emma Watson's high-profile #HeForShe campaign and the White House's launch of #ItsOnUs against sexual violence have encouraged many more men to think critically about feminism. More importantly, about why it's necessary to affirm and practice gender equality, given the many ways institutional sexism and the patriarchy have created environments where conventionally white, masculine, cisgender men have power and privilege.

Keep in mind that a feminist, as defined by Nigerian author Chimamanda Ngozi Adichie, is a person who believes in the social, political and economic equality of the sexes (and various gender identities). Although some believe that men have no place in the movement, others argue that strategic social movements should build bridges of solidarity. It's not about focusing or coddling men, but instead about recognizing that people who have privilege can operate with respect and understanding by taking the leads from those who have been marginalized.

For men who wish to truly engage in the struggle for gender equality, here are some ways they can help help while remaining cognizant of how their identities may limit their understanding of women's struggles:

1. Understand that women are leading the way and affirm their capable leadership. Don't assert yourself at the forefront.

Feminism has primarily been a movement for women, led by women. Although bell hooks wrote the iconic Feminism Is for Everybody to encourage all people to become invested in the struggle for gender equality, maleness is still privileged in a society that promotes male perspectives and experiences at the expense of women's.

For men to insist on positioning themselves and their maleness ahead of women's voices is to ignore that a man's voice will, on the whole, be perceived as more legitimate, even when he's not speaking with any authority or accuracy on issues pertaining to women.

2. When it comes to issues that directly pertain to women's bodies and experiences, be quiet and listen.

For people who have penises and a male reproductive system, they will never know what it's like to have a period, go through menopause or bear children. If a man is conventionally masculine, straight and not transgender, he is much less likely to encounter street harassment and sexual assault or be told that his gender innately makes him unfit to fully participate in various aspects of the workplace. And should he dare to speak up in favor of gender equality, he likely won't face online harassment, including death and rape threats, as was recently the case for feminist gaming critic Anita Sarkeesian.

Instead of talking over women or worse, making unfounded assumptions about what they experience on a daily basis, be quiet and listen to what women have to say, and redirect other men to their voices.

3. Men don't get to determine if they are "allies" to the feminist movement. Women do.

As a man, being a feminist isn't some special badge you earn after going to a rally, speaking out for gender equality or holding another man accountable for sexist behavior. It's not about getting "ally cookies" or a pat on the back every time you do something that's considered pro-feminism. Rather, it's about making sure your actions aren't sexist, transphobic or reinforcements of gender-based bigotry. It is not going above and beyond to act respectfully and in solidarity with women working towards gender equality.

4. Take responsibility for addressing men's issues with other men, rather than expecting women in feminism to do all of the work.

Men who are ignorant about feminism — and even so-called men's rights activists — often critique feminists for not addressing what they describe as men's struggles. Some of these issues include the disproportionately high male suicide rate, how the court system regards fathers in custody battles and the perceived abandonment of survivors of sexual violence.

On the one hand, these criticisms miss a pretty large point: Feminism can, and already has, helped men as well as women.

Additionally, men, especially white men, are already positioned to work towards resolutions, since institutional sexism gives them a disproportionate hold on the levers of power. Instead of railing against the women in feminism, it's important that men take steps to work with each other, as well as with feminist leaders, to recognize how the struggle for gender equality plays a key role in many of these efforts.

5. Use your male privilege to encourage other men to work towards gender equality, under women's leadership.

Once you feel that you have a stable understanding of what it means to be a feminist, motivate other men you know to join in the push for gender equality. Being a feminist shouldn't be seen as a chore, a job or a simple label, but rather as a lifelong commitment to ensuring that institutional sexism comes to an end.

But, as the CEO of Microsoft recently learned, that commitment should run deeper than tokenization, or telling women, from a position of privilege, how they should approach key issues such as the gender pay gap.

6. Don't use the label of "feminist" as a way to try to get women to like you — that's disingenuous and counterproductive.

We've all heard the horror stories of men using feminism to get dates or new female friends, thinking the label may prove they are somehow "softer" and not as ignorant as more conventionally masculine "bro" types.

However, this "nice guy" approach can backfire. Beware of the male feminist who behaves as though his feminist sympathizing makes him more entitled to female sexual attention, even when he shows little to no understanding of his privilege. Instead, this logic objectifies and belittles women with the assumption that they can be manipulated into liking someone who really doesn't care about their position in society.

7. When given opportunities to execute professional tasks related to feminist issues, consider referring other women instead.

Women have been at the forefront of feminism and civil rights efforts for more than 100 years. But by and large, institutional sexism often renders women and their experiences invisible, because male needs, thoughts and opinions are usually elevated above their female counterparts'.

So when organizations or news outlets ask for a "male perspective" on issues such as feminism and gender equality, ask what the needs and goals of the conversation are in order to discern whether or not you can truly speak from a place of experience, education and expertise, especially if the topics are related to issues that mostly affect women. Don't be afraid to suggest a female peer if you're not the best suited for the event or discourse.

8. Educate yourself about the history of feminism and how women of different backgrounds have approached the movement.

Feminism means different things depending on the country, its laws, racial and ethnic groups, class stratification and the prevailing world religion, among other factors. In the United States, feminism encompasses enslaved women writing about their struggle for both their womanhood and for their full humanity to be recognized and respected. It includes the fight for suffrage, reproductive justice, access to education and equal employment opportunities.

Often, those struggles have privileged the perspectives of mainstream white women, at the expense of women of color who endure universal but differing struggles, given disparities along the lines of race and class. It's all the more important, especially in a "post-racial" society, to make sure the history of feminism isn't whitewashed.

9. Ensure your feminism is intersectional.

Before diving into feminism, men should remember that what's often heard in the mainstream doesn't provide a complete snapshot of the movement.

Many women in feminism have long rallied to ensure that the fight for gender equality is inclusive and cognizant of everyone, including people of color, queer, trans and gender nonconforming people, people with disabilities, differences in class and ability, various faiths and non-faiths and other identities and situations. That's because intersectionality ensures that various goals and needs are addressed to truly elevate everyone, rather than focusing on the experiences of those who have relatively more privilege.

It's a critique against mainstream, white-centered feminism levied by Mikki Kendall and feminists around the world in August 2013 with the viral hashtag #SolidarityIsForWhiteWomen:

10. Acknowledge that sometimes, women need opportunities to discuss feminist issues without the presence of men. And that's okay.

When hashing out difficult conversations, ideas and questions about women's issues and the direction of the movement, it can be challenging to deal with interjections from men who derail the conversation due to their relative lack of understanding.

In addition, some women may feel more comfortable discussing their bodies and their experiences absent the gaze and presence of men, whose thoughts, needs and desires are privileged in virtually all sectors of society. Instead of taking offense, practice respect and compassion by minimizing yourself in the situation, and by simply asking if there's any way you can be helpful outside of the closed dialogue.

11. When women criticize your involvement in feminism, don't talk over them or talk down to them. Actively listen and be accountable.

Sometimes, in doing the work or attempting to be helpful, people make mistakes, and that's a human thing to do. But listening to constructive criticism and being accountable for missteps is what separates a responsible ally from someone who is clueless about their privilege.

Instead of talking over women or talking down to them, ask questions about how you can be most helpful. And, given institutionalized sexism and male privilege, figure out how you can work with women in leadership to remedy any damage done. Because that's what true allyship and solidarity look like in feminism.

Men saying they support feminism is just one small, albeit important, step in breaking down these disparities. Going forward, men need to take the next step: challenge and dismantle their preconceived notions and stereotypes of women and gender identity. They can and should do this while affirming the leadership of the many women who have paved the way.